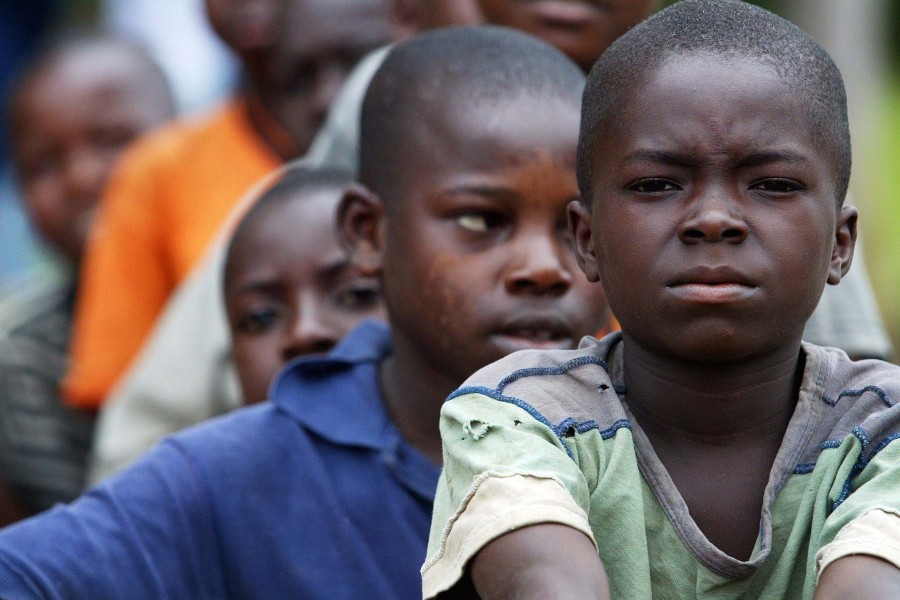 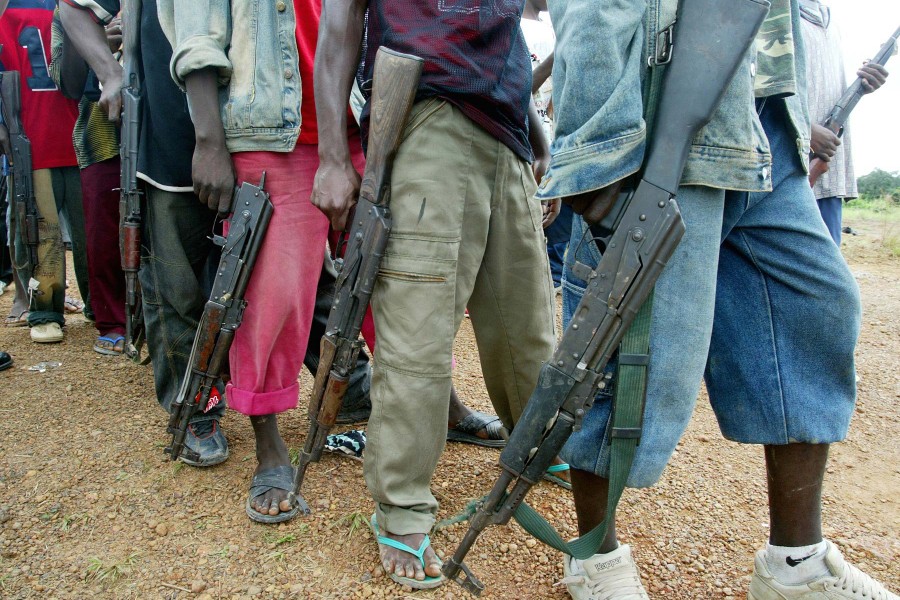 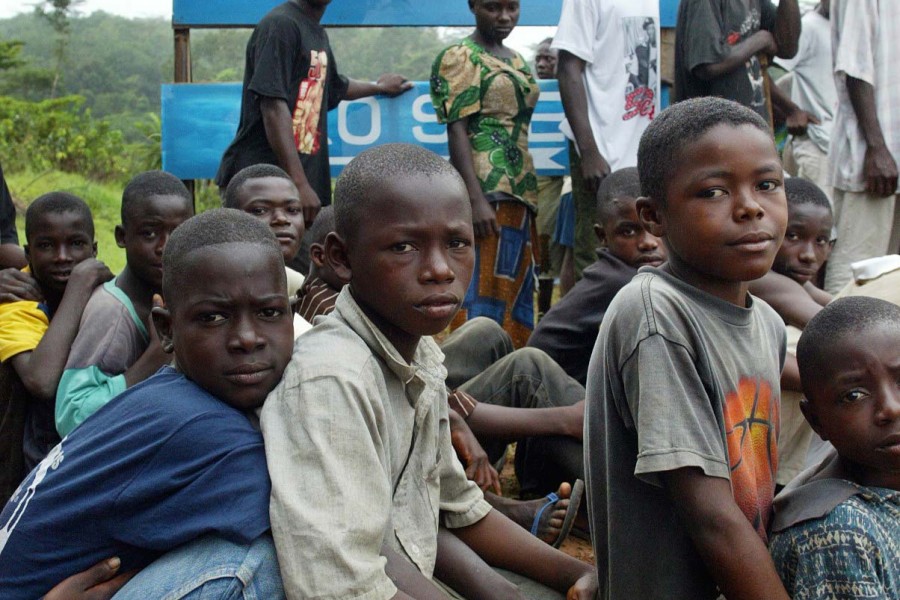 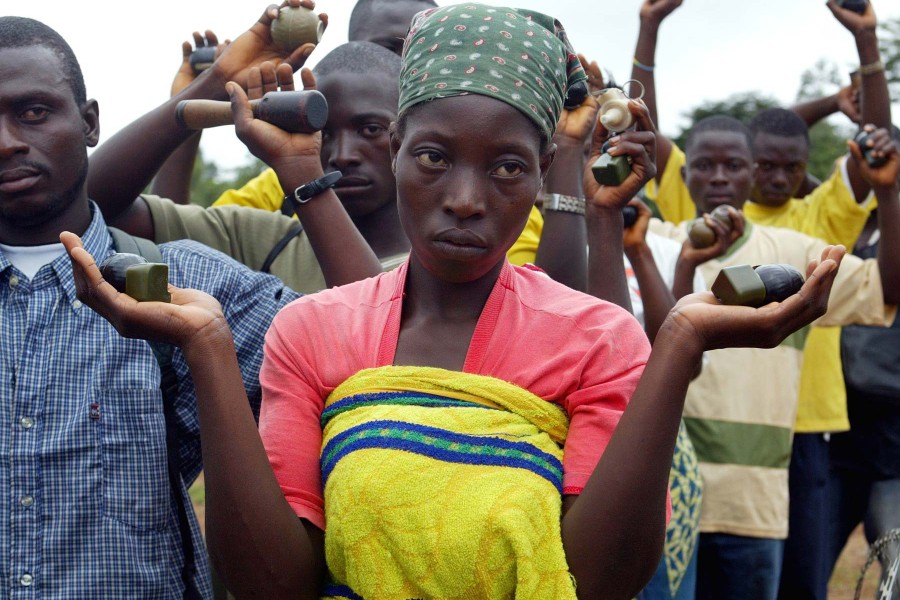 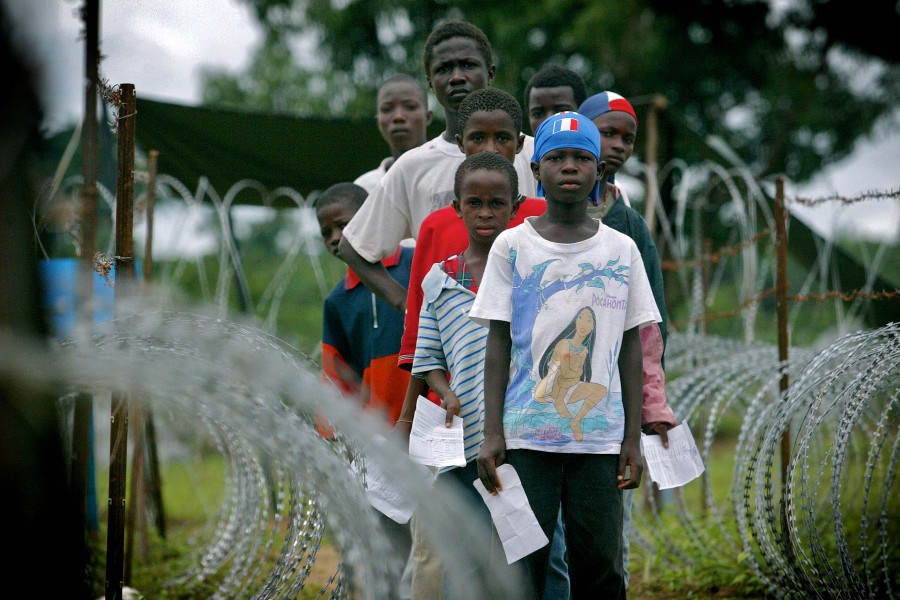 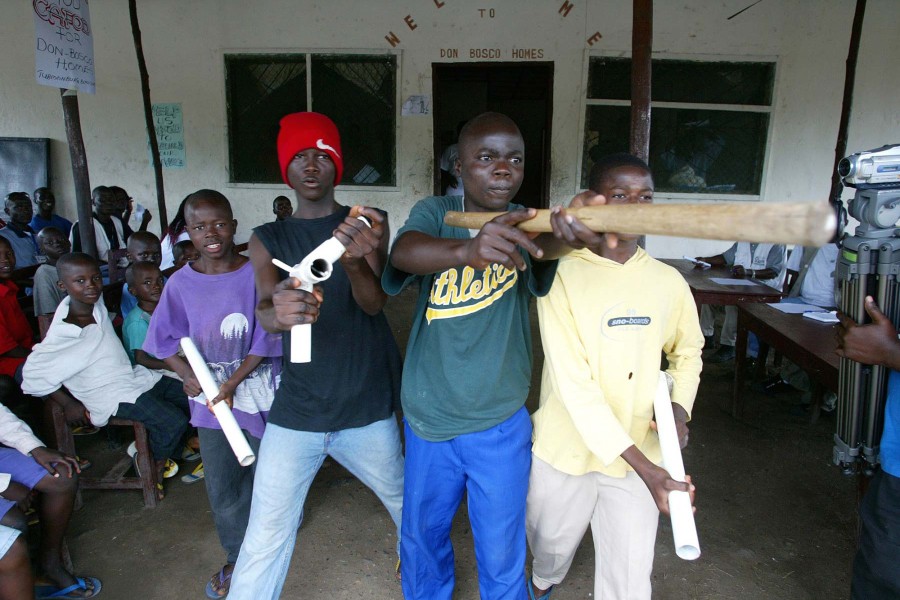 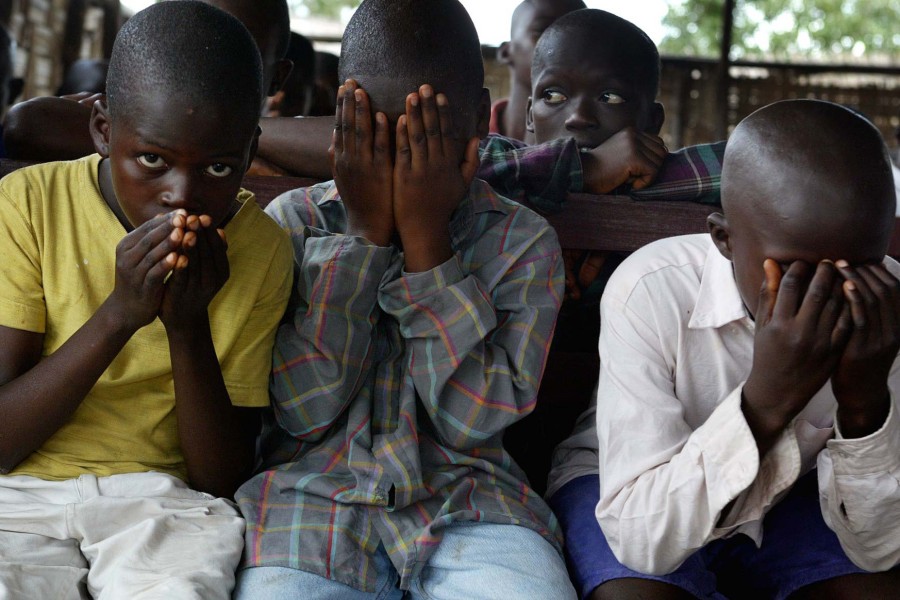 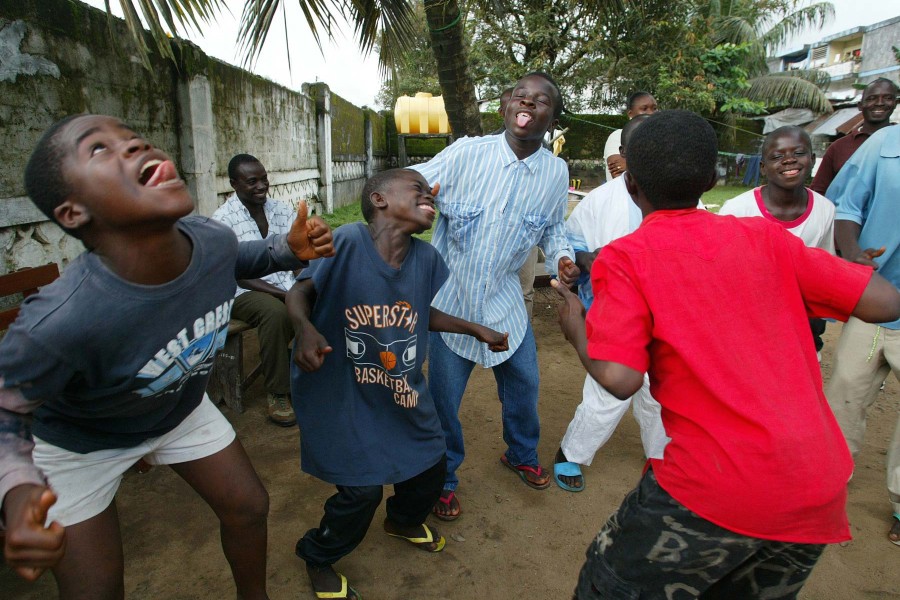 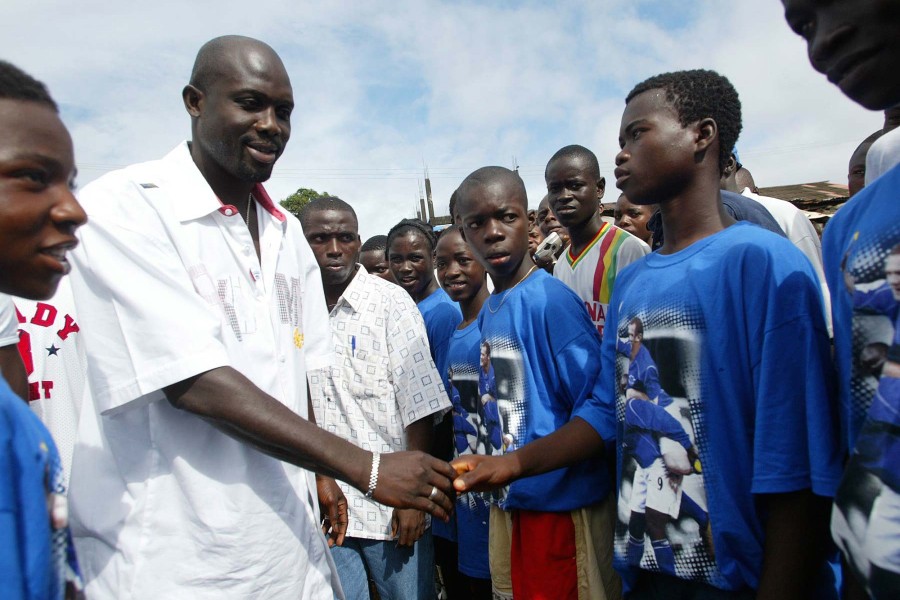 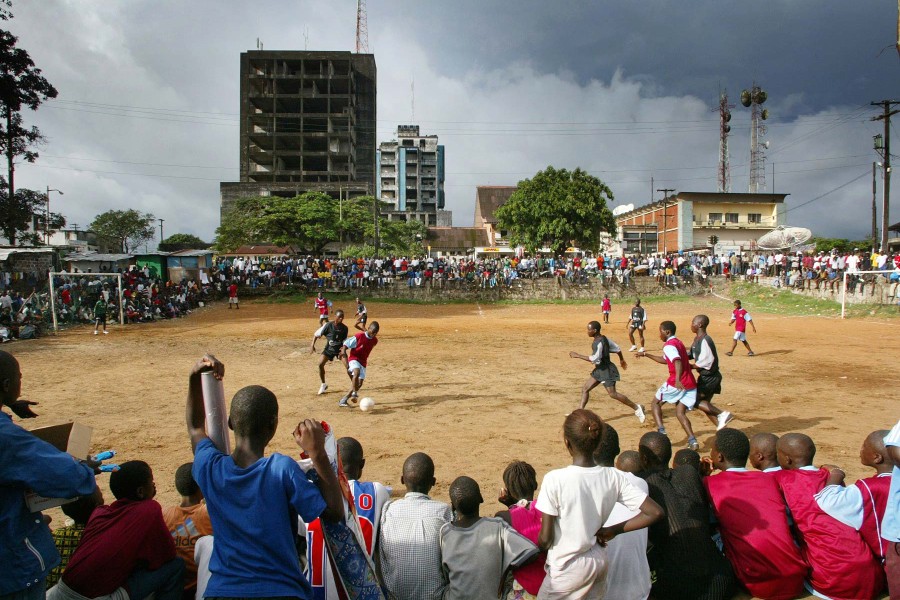 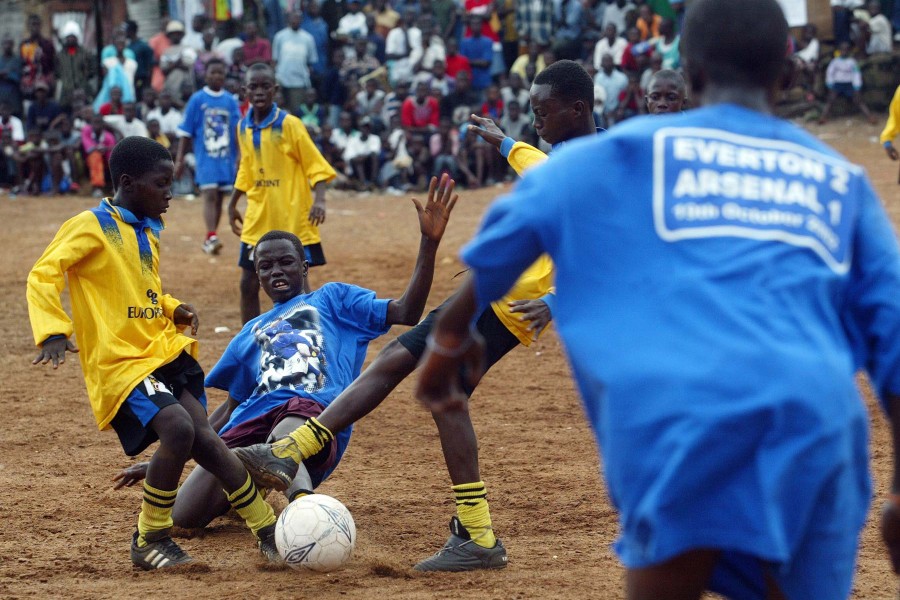 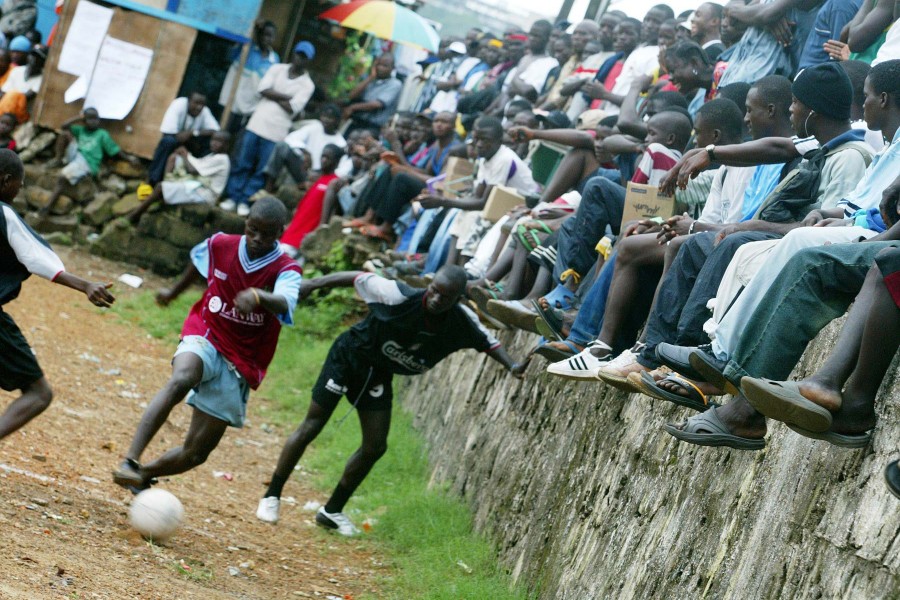 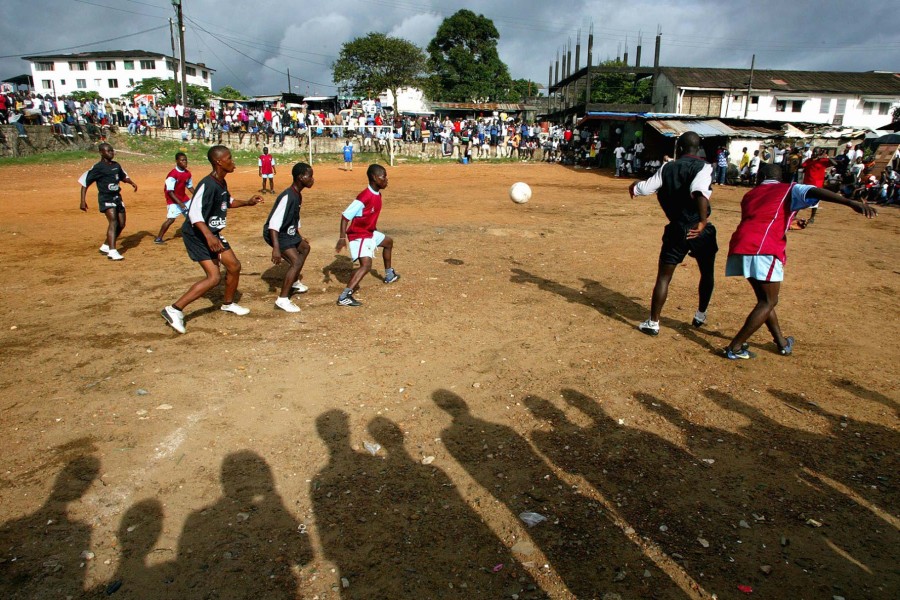 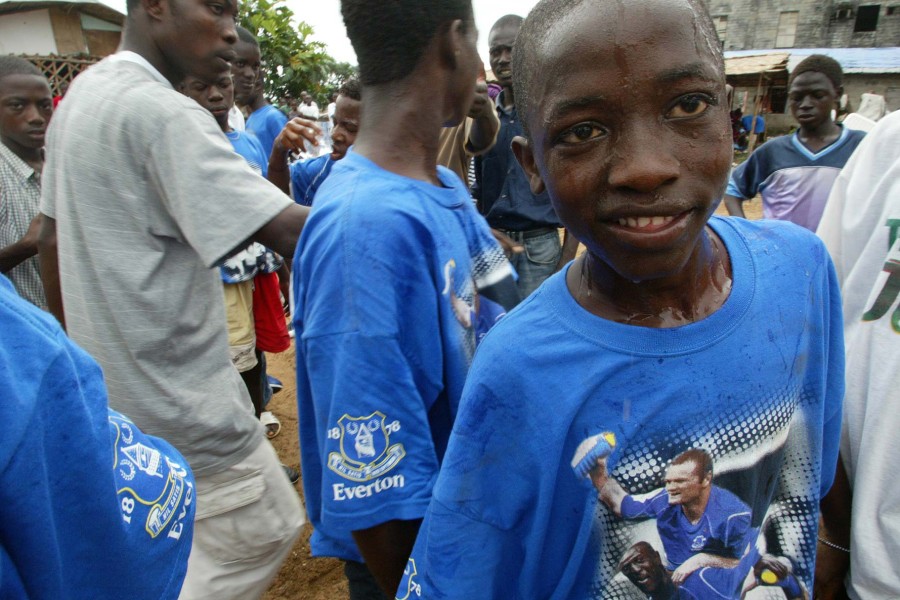 Football is a way of life in Liberia and it is football that has been the central form of rehabilitation for former child soldiers.

After 14 years of brutal conflict that claimed more than 150,000 lives, peace finally came to Liberia in 2003.

A UN Disarament program was set up and and by November 2004 over 100,000 former combatants had disarmed. Of these, 15,000 were child soldiers that served on the front line.

A football competition arranged by Don Bosco Homes was held in the capital Monrovia in September 2004 for former child soldiers from all factions of Liberia’s war as part of their rehabilitation.

Pictures shot on assignment for Cafod.