The great thing about updating your website and portfolio is that it’s a great excuse to look back over all your old images and sometimes discover new ones. It’s also a great excuse for a bit of reminiscing and covering Yasser Arafat’s funeral in Ramallah in 2004 is without doubt one of my favourite assignments. When I started at my newspaper I actually said to my then picture editor that I had no holidays booked but should Arafat die I will going to the funeral no matter what.

A few years later he was good to his word and after a phone call at 8.30am informing me Arafat had died I was on the next plane out of Jersey at 10am. First stop was London, Zurich then onto Tel Aviv arriving at 5.30am the next morning and straight down to the Israeli GPO where the whose who of photojournalism where all looking equally tired and anxious to get to Ramallah. Nobody knew exactly what was happening but the latest rumour was the funeral was to be held later that afternoon. I teamed up with other photographers who I’d met on the plane and had worked with in Afghanistan just a few weeks before. Hiring a Palestinian taxi at an exorbitant rate we wound our way around the back roads, trying to avoid the many Israeli roadblocks. What should have been a straight 15 drive turned into a 90 minute circus. Eventually reaching the Qalandiya checkpoint then a long walk into Ramallah and the Muqata, Arafat’s home for years where he had been held under siege before he fell ill and left for Paris.

The atmosphere was actually quite festive and more of a celebration of life than a state in mourning. As we got closer and the arrival time getting nearer the tension in the air was palpable and increasing by the minute. Thousands of Palestinians from all over the West Bank wanted to get as close as possible and started scaling the walls of the compound and clinging onto any object with a view. When the two Egyptian Air Force helicopters finally appeared, almost at once everyone started whistling and cheering. With dust being blown everywhere from the downwash and the pushing and shoving in the heat it became electric. There where hundreds of armed men from all the militias and PA who started firing pistols, Ak47’s and all sorts of weaponry into the air adding to the deafening noise. Bullet casing flew and burnt people as they dropped down their shirts. A number of people fell off the top of high buildings and died as the crowds shoved forward for their first view of Arafat’s coffin.

If things were crazy before, the moment the coffin was brought out all hell let loose. Soldiers lost control of the crowd despite firing into the air and what was to be a dignified occasion attended by the great and the good of Palestine ended up being a funeral for the people as thousands of men and woman surged forward to the coffin. You couldn’t walk in the crush, you more like swam with the crowd, trying to get pictures but finding it difficult to even raise your arms.

As the coffin eventually found is way to the final resting place the generally good natured crowd turned into a bit of an embarrassing scrum around the grave. Mourners and photographers jostled for position trying to see into the grave which some people very nearly fell into. Not journalism’s most dignified moment but everyone, photogs and mourners just wanted that picture of Arafat’s final resting place.

As the sun started to set the crowd started slowing dispersing and we made our way back to Jerusalem to file and get some well deserved beers in. All in all a crazy but amazing day and one of the many days why I love being a photojournalist. Looking at the news that night on TV it looked even more chaotic than actually being there which is generally the case anyway but it was a real privilege to witness a great moment in Middle Eastern history.

Anyway, enough waffling on, below are some of the images I took that day. I decided to show them in mono as the light was very harsh and I just think it suits this story anyway…. 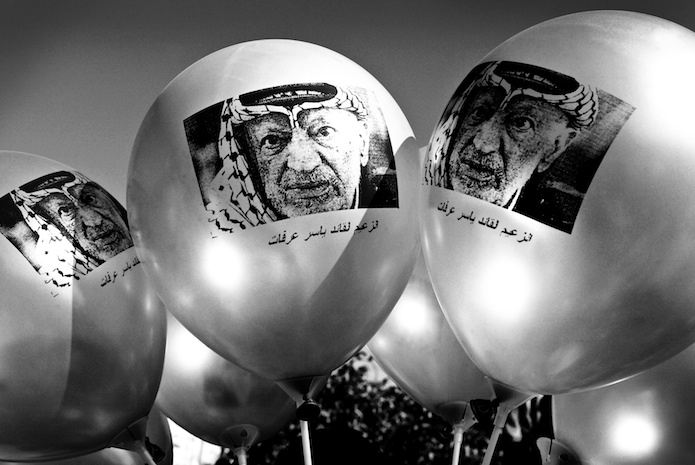 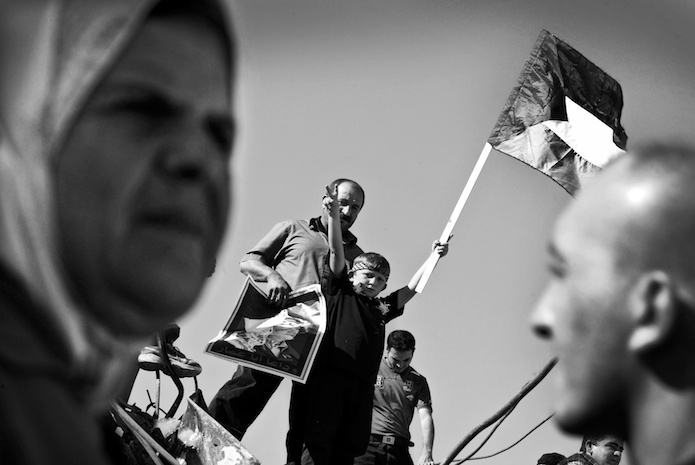 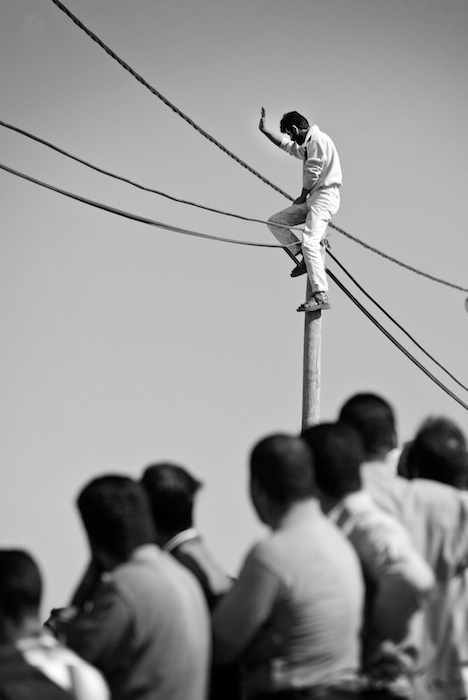 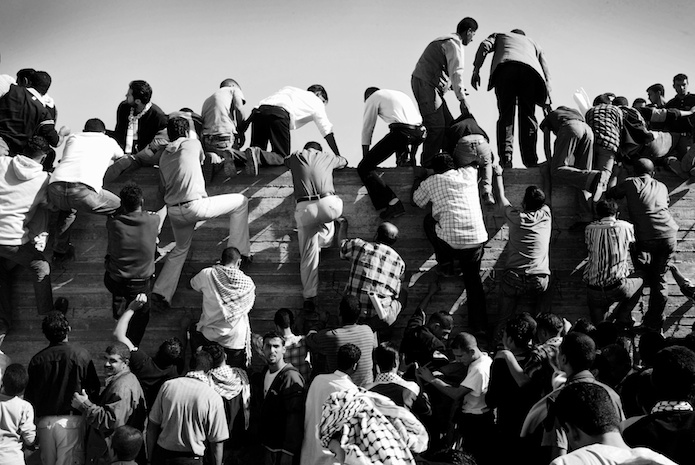 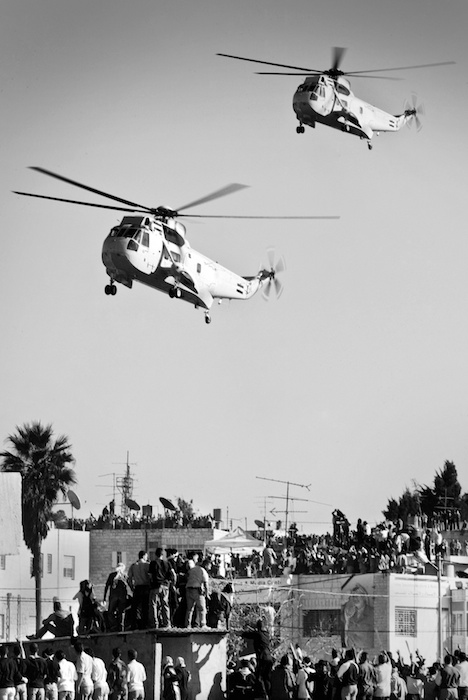 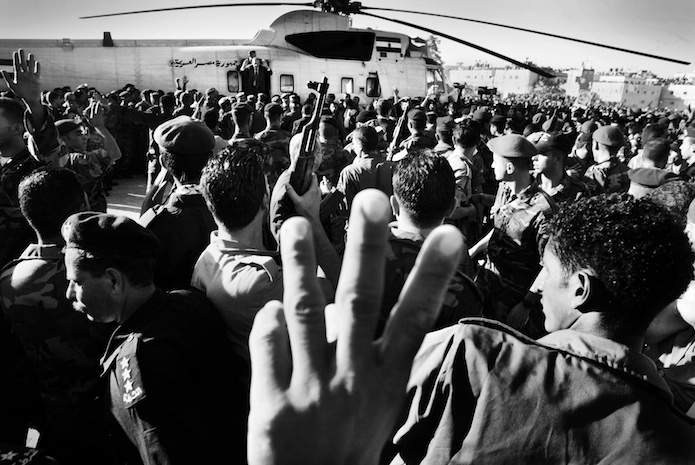 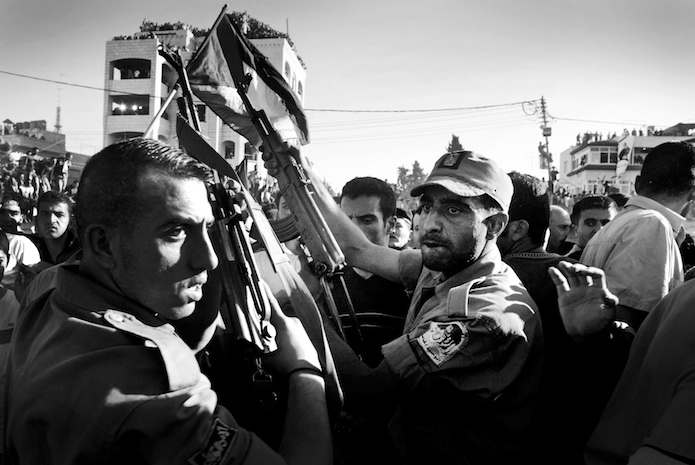 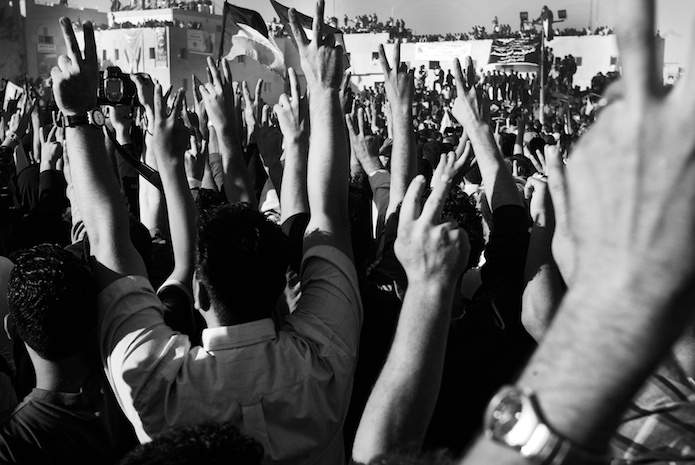 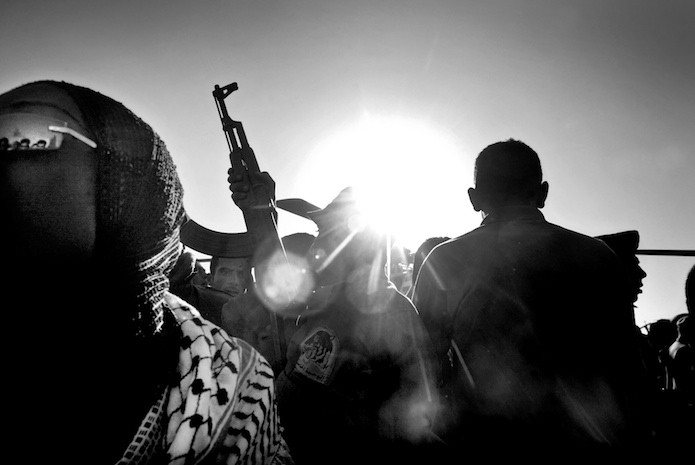 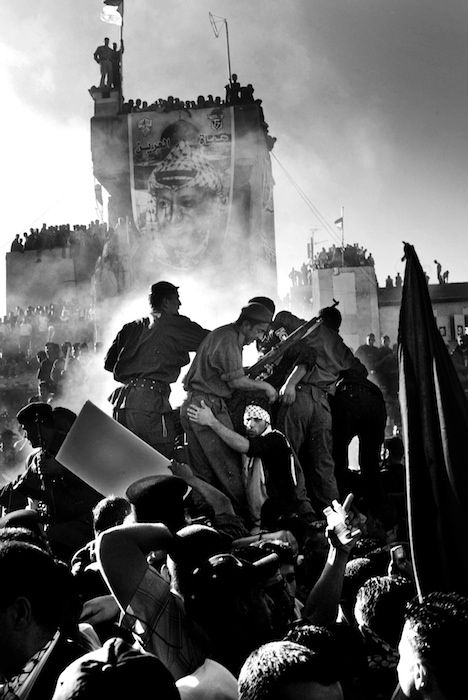 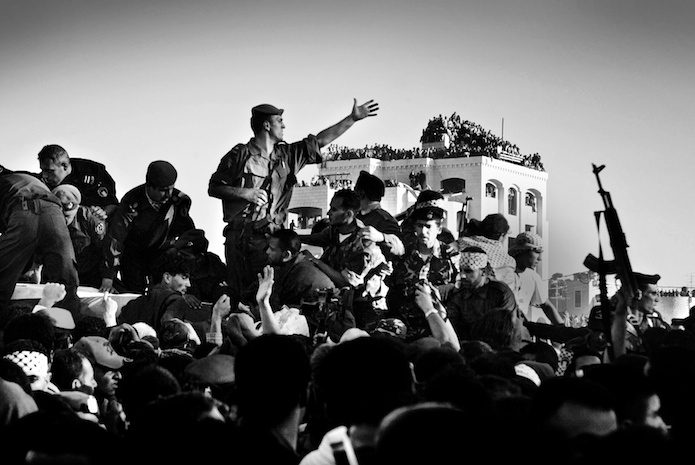 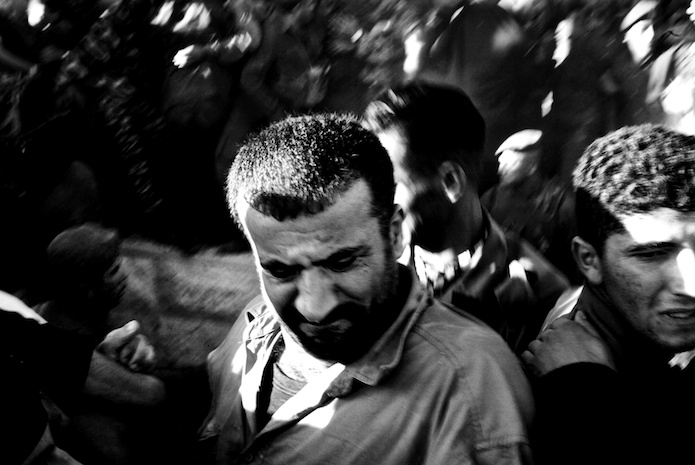 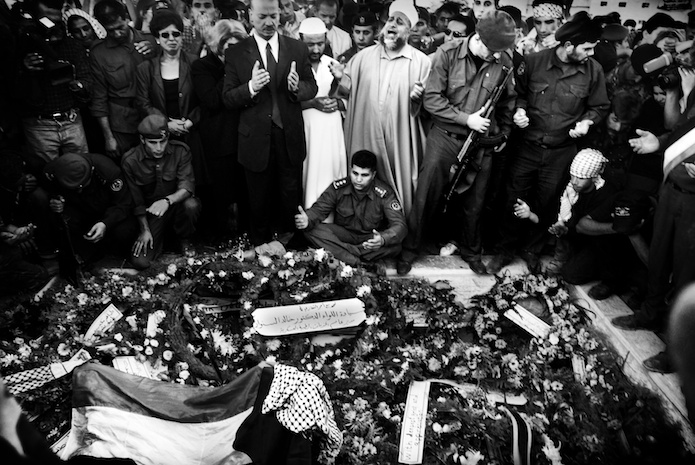