Hello all, it’s been a while since I last posted but that doesn’t mean I haven’t been busy….far from it..!

In the last few months I’ve been in Argentina, Bolivia, Kenya, South Sudan, Dubai, London and Jersey shooting, filming and being a guest speaker at a Rotary Peace and Conflict Resolution Conference. I’ll be posting more on each subject over the next few weeks so first I’ll start with an assignment to South Sudan earlier this month to report on the water situation there for Cafod.

It was a real privilege to report from the world’s newest nation and despite the huge challenges it faces there was an undeniable air of optimism. The pictures and video below were featured in the Manchester Evening News last week and will also be published in various other news media. (The video is found about half way down the article.)

This was an awareness and fundraising campaign for Cafod and their work in South Sudan and other countries and what makes this years campaign particularly important is that the UK Government aid scheme (DFID) will match any funds raised pound for pound. Donations can be made here.

The Republic South Sudan gained Independence on 9th July 2011 following decades of civil war. An estimated two million people were killed in the fighting between Northern forces and the rebel Sudanese People’s Liberation Army (SPLA). A further four million were displaced after being forced to flee the fighting. South Sudan is one of the poorest countries in the world with almost all of it’s infrastructure destroyed during the war. With an illiteracy rate of 92% and a lack of basic health care, clean water and food it faces many challengers.

Below are a small selection of the images and the campaign video that I shot. Produced by Potential Productions. 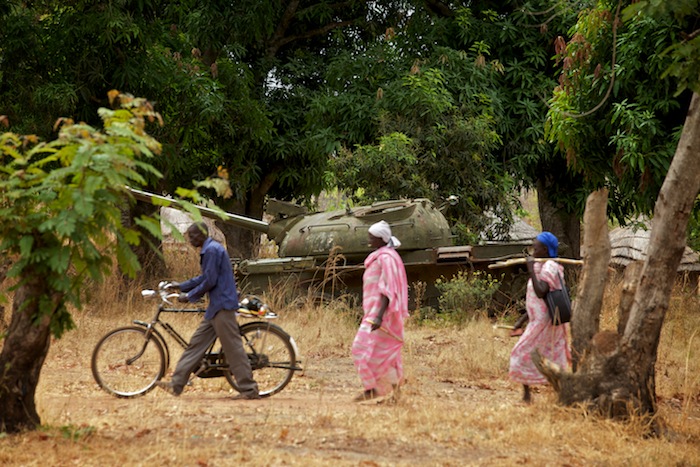 Community members walk past an old tank in St Peters, Mundri. Mundri has seen over 12,000 returnees since 2008 with many settling back into the community of St Peters. 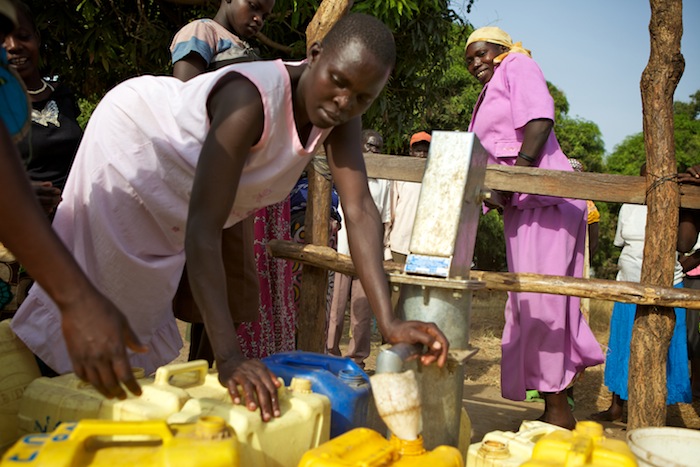 Five months pregnant Elizabeth Eidngo (30) from St Cecilia who has 3 boys and 2 girls filling up jerry cans of fresh clean water from the Cafod borehole. Each family is allowed to collect 5/6 jerrycans of water or 100 litres a day which is used for drinking, cooking and washing. 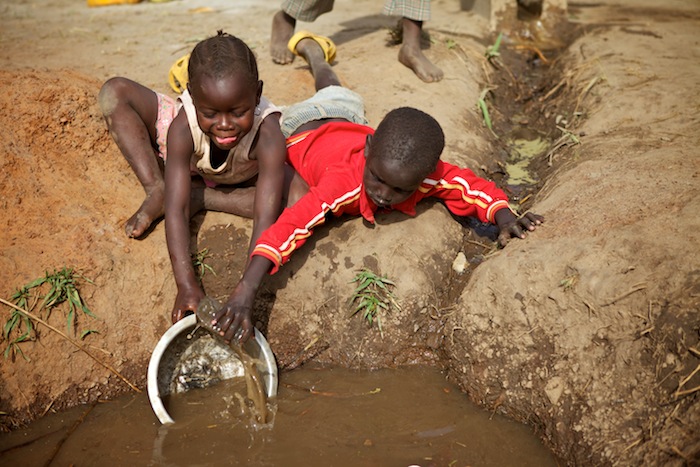 The only access to water before boreholes were drilled were unclean shallow wells which caused serious health issues amongst the most vulnerable in the community. The community of St Cecilia in Yei is home to over 400 households or approx. 3.000 people. In Dec 2011 the communities first borehole was fitted by Cafod supplying them with fresh clean water for the first time. Mundri Bridge that runs over a tributary of the River Nile. Water collectors filling their jerry cans to sell around the town. For many, this is their only source of water. Community members filling up jerry cans from the Cafod borehole. Due to the long queues they can spend up to two hours filling the cans. 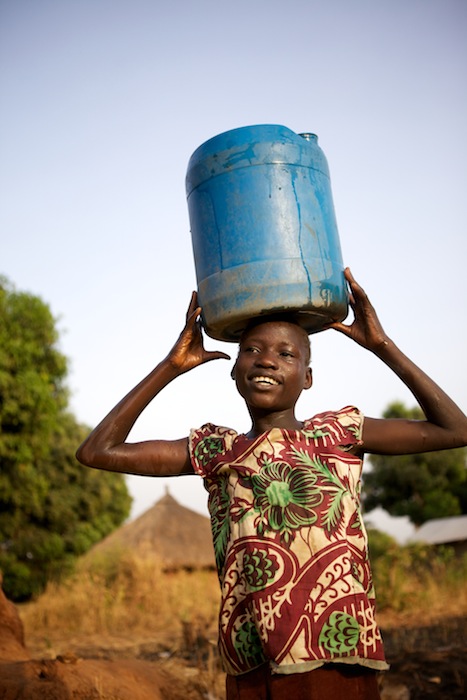 Mercy (12) from St Cecilia in Yei filling up jerry cans of fresh clean water from the Cafod borehole. The cans can weigh up to 25kg. Rose Anite (46) who has 8 children from Mbalago on the outskirts of Yei at her home washing up after filling jerry cans from the Cafod borehole.

General view of Juba city. Most of the countries infrastructure was destroyed during the war. There are only 75km of paved road in South Sudan which is the size of France. 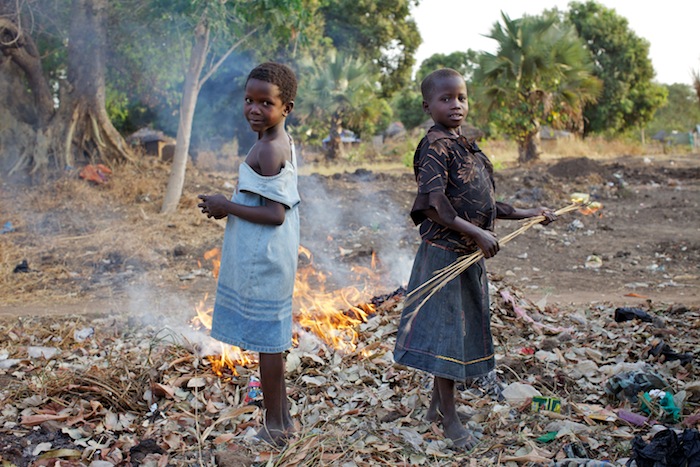 Children burning rubbish in Hei Malakal in Mundri. The country has been left with a staggering 92% illiteracy rate due to the conflict. 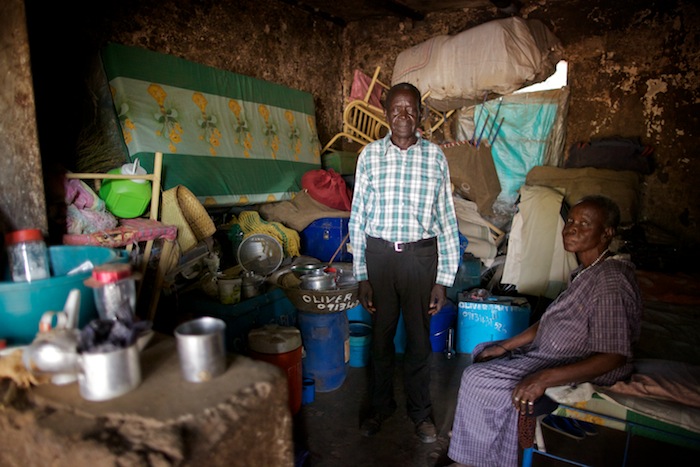 Oliver Sebit (75) with his wife Zerifa Sebit (65) in Hei Malakal in Mundri pictured with all their possessions. They fled here in 1993 for Khartoum and just returned in December 2011. They have to sell something of theirs each day to pay for food. Oliver Sebit (75) with his wife Zerifa Sebit (65) in Hei Malakal in Mundri. They fled here in 1993 for Khartoum and just returned in December 2011. They often sleep outdoors when it is to hot. They have no other family to look after them so the local church gave them an outhouse to sleep in. 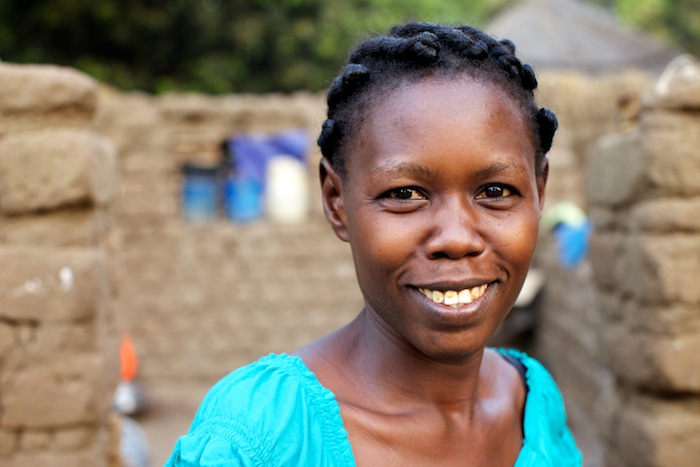 Elizabeth Emba (31) lives with her 13 family members in a small tukle in Hei Malakal in Mundri. She and her family returned from Khartoum in September 2011 following the countries independence in July 2011. 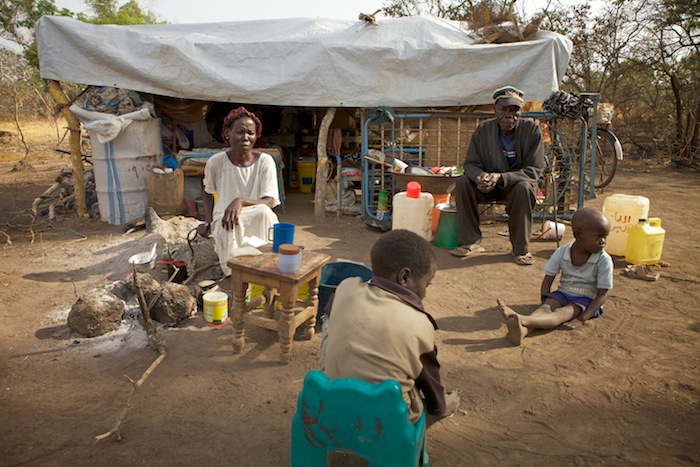 Alice Silvano (40) arrived back to St Peters in Mundri with her family from Khartoum in January 2012. She arrived with only a bag of maize to live on. She has two boys Silvan (4) and Elmas (8). Pictured outside her temporary home holding all her possessions. Her husband died and she now lives with his brother. She is awaiting for the government to provide land so she can build and grow her own crops. There are over 1 million people on the border awaiting resettlement.