Last November I had the chance to return to Burma (Myanmar) for Australian NGO Act for Peace to do a story on how local human rights workers are fighting for the rights of their communities. Illegally recruited child soldiers, human trafficking, slave labour, land confiscation and corruption are just some of the issues they deal with on a daily basis, often at great personal risk.

Life is rapidly changing in Burma however it still faces many challenges. Below are some images and a video looking at the ongoing yet slowly improving situation of the illegal recruitment of child soldiers in Burma. (All names have been changed)

Far from prying eyes on an isolated chicken farm in the Irrawaddy Delta, five hours drive south of the Burmese capital Rangoon, a group of boys sway in hammocks, smoke, talk and check their mobile phones. Their conversation however is unlike most teenagers, as these rescued child soldiers share stories of brutality, slave labour, beatings, torture and fear at the hands of the Burmese National Army.

All were kidnapped, sold or tricked into joining the army and endured years of confinement before finally being released with the help of local human rights workers, dedicated to rescuing child soldiers and fighting other human rights abuses in Burma. 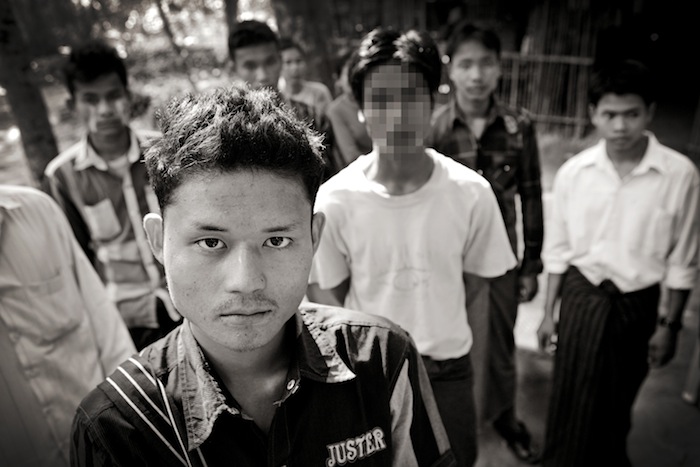 Arun standing with other child soldiers who have escaped the Burmese Army. They were all illegally tricked into joining the army when aged 14-16 years old. Most spent over 2 years in the army and were badly treated.

Khin was 14 when his uncle sold him into the army for just $200 and a bag of rice. After the first two days he tried to escape but was recaptured, imprisoned and beaten by the officers.

For over a year, his family desperately tried to find him and had almost given up hope until they were introduced to May Lyan, a community organiser with the Myanmar Council of Churches who specialises in securing release papers for child soldiers.

Despite Burma recognising that the recruitment of child soldiers is illegal (it signed a joint action plan with the UN in June 2012 to end the use of underage recruits) it took May Lyan over 8 months working with lawyers and other NGO’s such as the International Labour Organisation to secure Khin’s release. He had no contact with his family for most of his 2 years in the army and was just about to be sent to the front line when his papers came through and he was able to return home.

Khin is now working on the family farm and his emotional father, still traumatised by the sudden disappearance and treatment his son received said, “I have never controlled my son but I will never let him join the army again. I want him to live with the family for ever.” 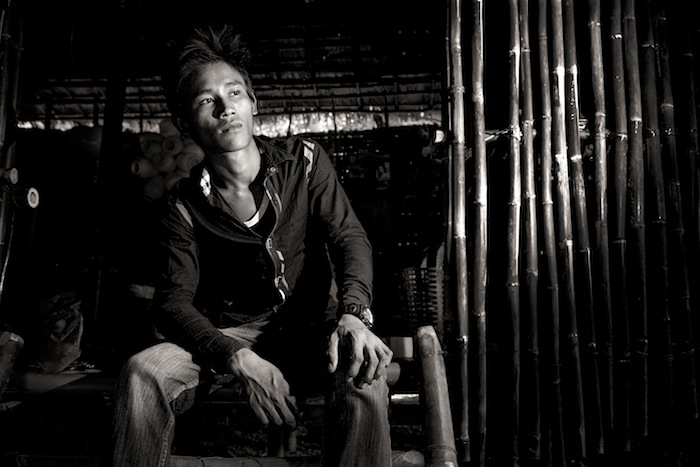 Khin (18) was 14 and living in the Irrawaddy Delta region when his uncle sold him into the Burmese Army for $200 and a bag of rice. He ran away after 2 days but was caught, put in the army prison and beaten. He had to spend over 2 years in the army. 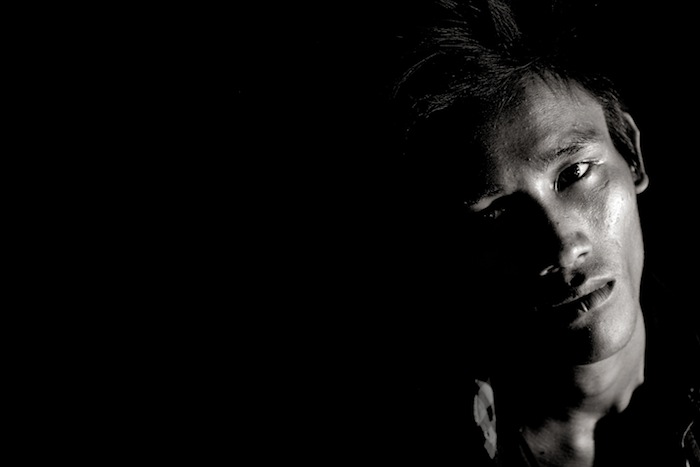 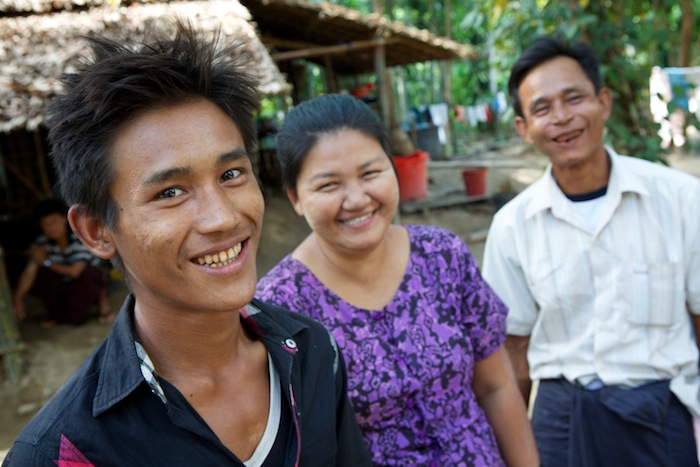 Khin pictured with Myanmar Council of Churches Community Organiser Naw May Lyan who helped secure his release and his father who spent two years looking for him.

Since the 2012 agreement, the army have released over 270 underage recruits but an estimated 5,000 child soldiers are still believed to serve not only in the Burmese Army, the Tatmadaw, but also in the numerous rebel groups that have been fighting the government for the past 65 years.

Life is quickly changing in Burma with free and fair elections being held in April 2012, a less censored press and increasing international trade opportunities. However, there are number of issues that are still taboo for the government, such as child soldiers, human trafficking and corruption. These are the issues that the 20 community organisers such as May Lyan and Mon Tome Sein deal with on a daily basis, often at great personal risk.

The Community Organisers are volunteers, driven to help their community overcome the daily injustices that they encounter. May Lyan, who has been a community organiser for 4 years said, “I’m helping out people who are victims of injustice. This is what I do for a living and I am passionate about it. I manage cases of child soldiers, child and human trafficking, land grabs, everything that is related to the violation of human rights. I also hold training sessions open to the entire community so everyone can learn about their rights. Because when you know your rights, you can stand up against abuse.” 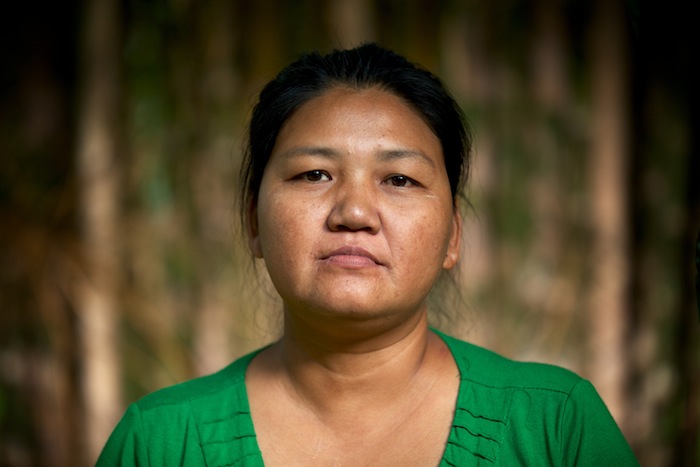 Naw May Lyan (46) is a Community Organiser (CO) for the The Myanmar Council of Churches and now lives in Yangon. She has been a CO for 4 years and has dealt with issues such as child soldiers, land confiscation and labour disputes. 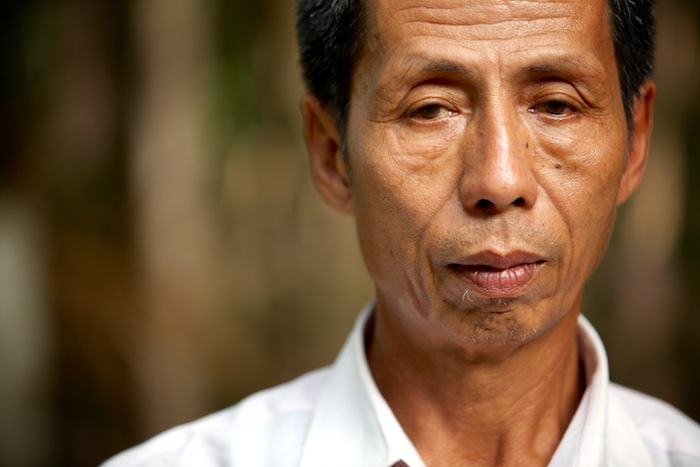 Mahn Tome (59) has been a Community Organiser (CO) for the The Myanmar Council of Churches for over 4 years. He said, “I will continue to work for human rights in Myanmar. If someones rights has been abused or exploited then I will stand up for that person. “

Another child soldier that May Lyan is helping is Sein, who is still awaiting his release papers and lives in fear of being caught by the police or army. A decision to escape a violent home sealed his fate. Sein explained,  “I was 15 years old when I volunteered for the army. I was living at home and my step dad was an alcoholic who beat me so I decided to run away. A friend suggested that we should go to the army because they would look after us.

I immediately knew I had made a bad decision but had to stay in for 3 years. During that time I ran away twice. The first time I had to hide in streams and couldn’t contact my parents in case the army caused trouble for my family and tried to recapture me. I was on the run for two years and became a tricycle rider and sold coal. If I thought the army was following me I would change location and job so I moved from town to town.

I was eventually caught and they put into the army prison and they tortured me. They tied my arms and legs together and made me kneel on stones. They then beat me 125 times. I will never forget that number. The officers also drew a tattoo onto my arm against my will. “

Whilst on the run, Sein’s parents contacted MCC Community Organiser Naw May Lyan who helped locate him and made his case known to the International Labour Organisation. He has been let out of the army and has a Protection Letter from the ILO but has still not been officially released from the army, so he is afraid he could be picked up and forced to return. May Lyan continues to fight for his release papers. 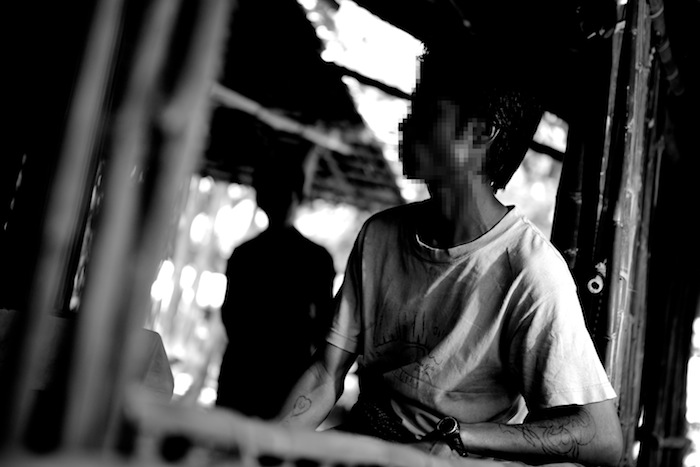 Sein was 15 when he volunteered with a friend for the Burmese Army after running away from an abusive home due to his stepdads drinking. He had to spend 3 years in the army and during that time he escaped twice. 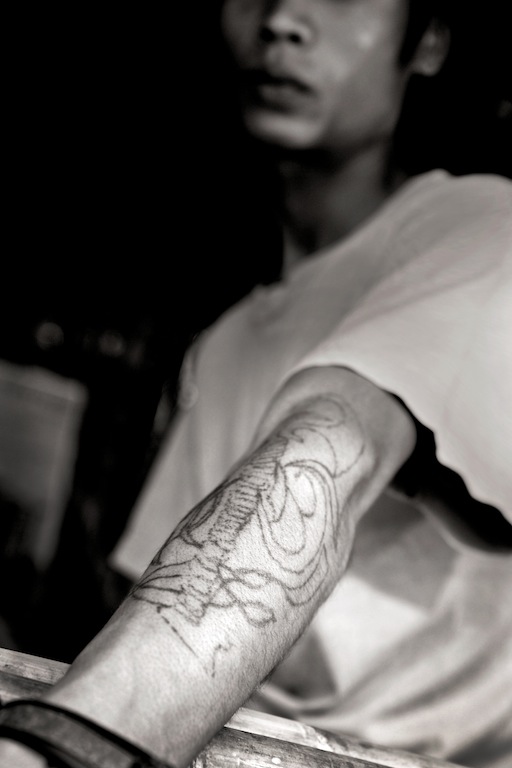 Sein was tortured by the officers who also tattooed his arm as punishment.

Arun, who was 16 at the time, was manipulated into joining the army. He said, ” I was 16 years old and always wanted to be a driver. I was approached by a guy who offered me a job as a driver and said I could work for him, so I went. He then took me to the army and I had to stay for two years. ”

Arun spent most of his time as slave labour on an army farm. He said, ” I didn’t have to fight but had to work on the army farm which was very hard work. We had to work 7 days a week and sometimes at night. They didn’t provide us with any food so we had to find our own food and steal vegetables from the garden. I was beaten by officers and treated badly. There were many other children there, some much younger than me. I pity the children who were younger and beaten and put in the jail on the army base. ”

His sister eventually tracked him down and asked a community organiser to help secure his release. He is now working as a ticket collector on a bus and still dreams of being a driver but the trauma of his time in the army still deeply affects him. He said, ” I’m still afraid of the police and the army. I don’t feel secure and feel they could capture me again at any time.” 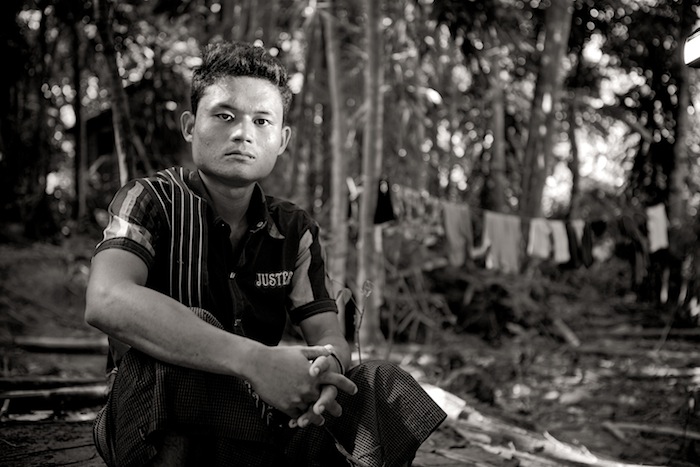 Arun didn’t have to fight but had to work on the army farm, 7 days a week and wasn’t given any food. He and the other child soldiers were regality beaten and abused by the officers. He wasn’t able to contact his family for the first year.

The rate of recruitment of child soldiers has dramatically reduced and the government is slowly becoming more open about the issue, even co sponsoring billboards around the country warning parents of the dangers. However, with thousands of children still in the ranks, the need for community organisers remains as strong as ever. 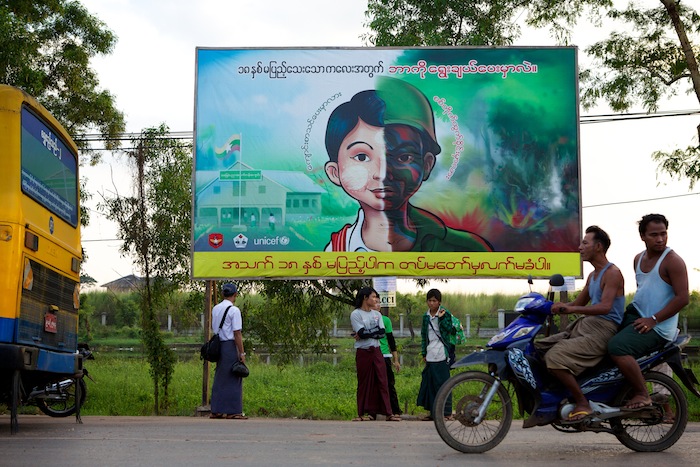 A Government and NGO sponsored billboard on the road into Yangon about stopping child soldiers joining the army.