Reportage Photo Festival in Sydney, one of the best documentary photography festivals in the southern hemisphere is almost upon us with the opening night on November 11th. The official program has just been published which shows a very strong selection of extended photo essays over two Projection Nights at The National Arts School in East Sydney. There are also talks and exhibitions including Reportage’s Retrospective and Stephen Dupont’s images from Afghanistan which will be excellent.

This is one of the few forums that extended photo essays can be viewed and there are some great stories being told over the nights. I’m very happy that my images from Mongolia will be shown on Projection Night 2, November 13. This is the first opportunity I’ve had to show not only images about the two boys who live underground but also images that surround this issue. I’ve combined the two picture stories which can be found on my website so if your interested have a quick look there.

I’m going to be in town for most of the weekend so will hopefully catch up with lots of people there for a few beers..!! 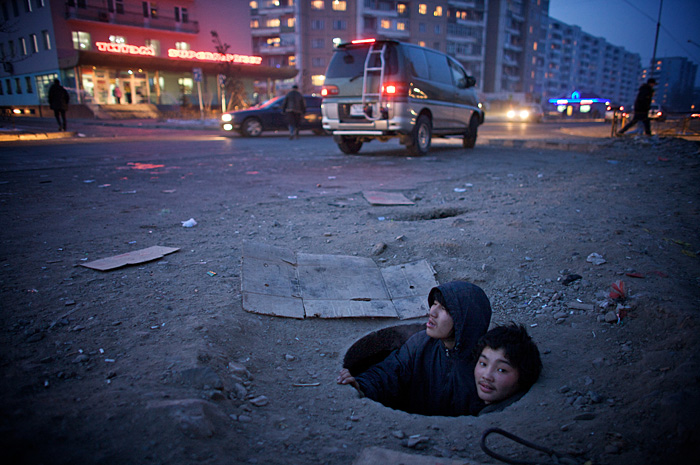 Munkhbat and Altangeret (both 15) have lived in this manhole together for over three years under the streets of Ulaanbaatar, the coldest capital city in the world. They were forced into this situation by divorced and deceased parents but they still hope and strive for a better future.