My last day in Mongolia. I managed to catch up with the guys again today. When Ider and I arrived they were laughing. During the night older men came into the hole to seek shelter. When they left they stole a pair of their shoes so now they have only one pair between them and they found this quite amusing in a resigned sort of way. This sort of thing happens to all the children living in manholes around the city. They are never secure or safe anywhere be it from drunk older men or other street kids. Violence is never far away. I have only met a few girls living like this but the situation for them must be incredibly dangerous. We left them with an offer of assistance from  an NGO to get some help, two pairs of thermals I won’t be needing and enough money for shoes. Ider the interpreter will be keeping an eye out for them so will post any developments here. 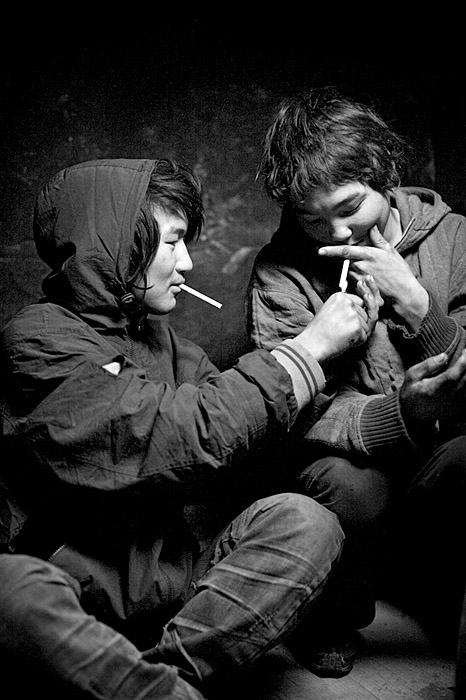 Munkhbat (15) & Altangeret (15) light each others cigarettes. They normally are given these from people when out collecting bottles. 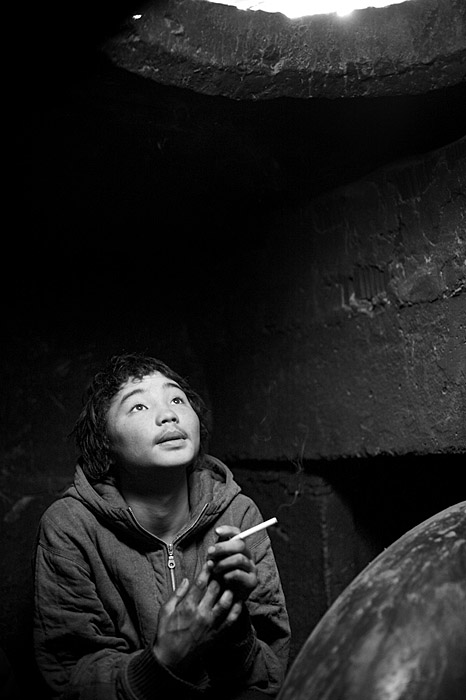 Altangeret (15) looks out of the manhole. They can clearly hear life going above them such as people talking and laughing, traffic and the occasional dog sniffing around. 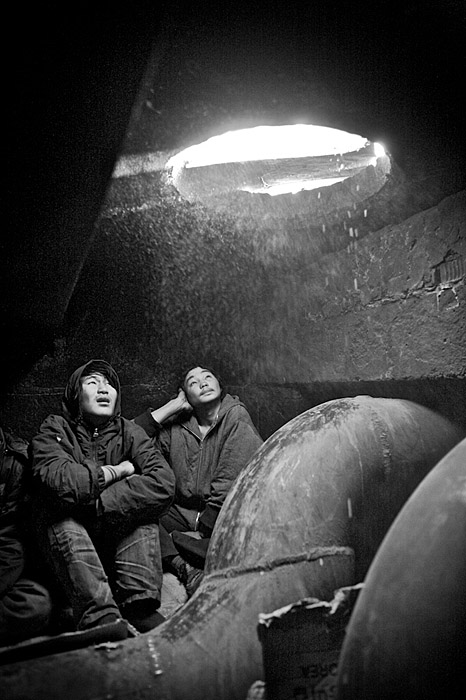 Dust falls through the manhole as people walk over them, mostly oblivious to their existence. They are extremely sensitive to any new sound or movement at the entrance as this generally means trouble and possible violence.