Caught up with Munkhbat & Altangeret again today. Munkhbat explained he was at the hospital yesterday which is why we missed them. Five days ago someone hit him over the head with a pool cue in a billiard hall. He started  feeling very faint so managed to get checked out at a free clinic. I wanted to meet them again to hear why they have ended up in the situation they are now in. All street children’s stories are similar, but they are also all unique. I will post the full story at a later date but for Atlangeret he explained simply, his parents divorced, his dad remarried and his step mum beat him, his dad died, step mum sold the family Gher and all the possessions, moved illegally to Korea leaving Altangeret no choice but move to Ulaan Baatar to start a new life. Age 12. 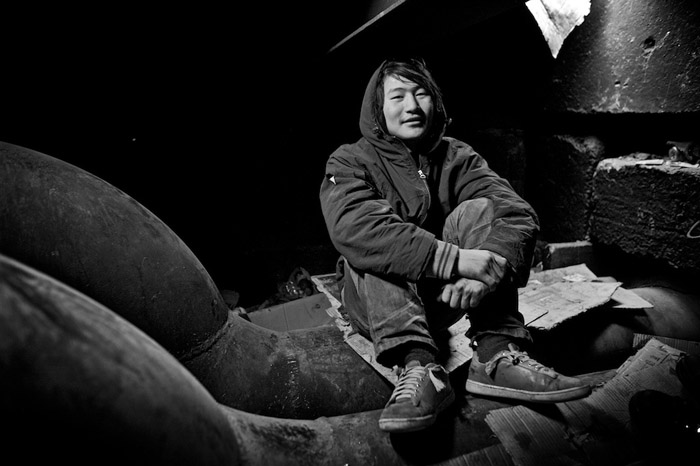 Munkhbat (15) sits on one of the hot water pipes in the manhole. The temperature outside is -26c with a wind chill factor of-41c. In here it is warm enough to sit in a t-shirt. This however attracts a mass of flies and various other bugs. They both say this is one of the worst things about having to live in these conditions. 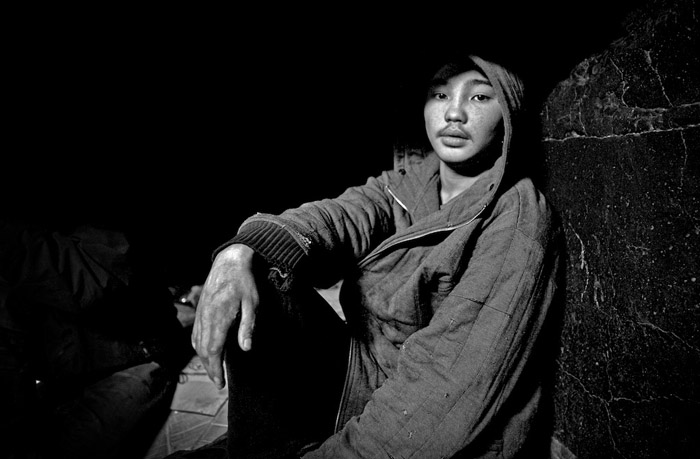 Altangeret (15) left home 3 years ago after his father died and his stepmother sold everything and moved to Korea. He found this particular hole soon after arriving and decided to stay. One day he hopes to live in an apartment. 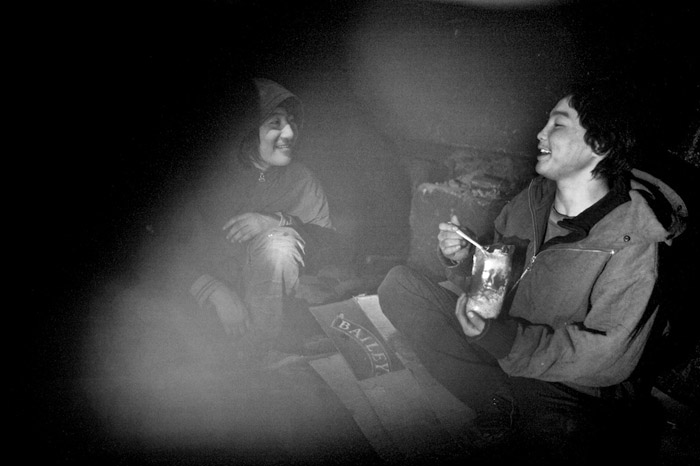 The manhole at night is pitch black and they only use candles occasionally, usually eating in the dark. A light from Ider the interpreter lights them up but also the dust floating within the cramped chamber. 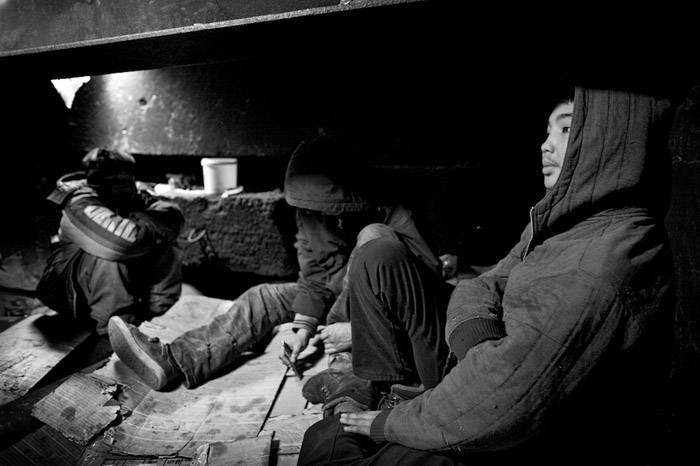 Boredom is a big part in their lives. With only the clothes they are wearing which are completely insufficient for the climate they only venture outside when very hungary. 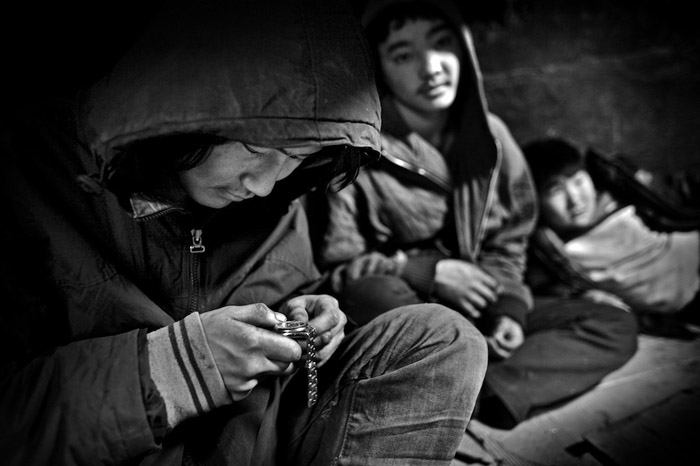 Munkhbat changes the date on his watch. Apart from the clothes he is wearing this is his only possession in life. 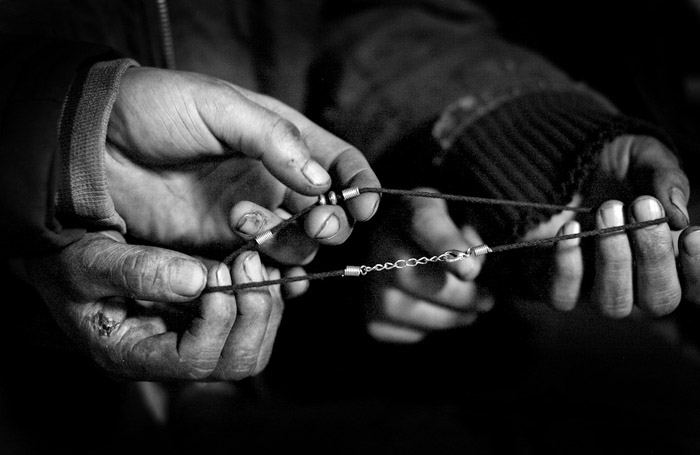 Altangeret and his friend play with a chain he was given as a gift over a year ago. Like Munkhbat's watch it is the only thing he owns. Their dirt ingrained hands belie their young age.