Second post but same day..just catching up after very busy days shooting and finding my way around the city. The aim is to complete 2 or 3 stories that are all inter related but stand up in their own right as a story..pollution, ex soviet workers and street children..these pics are a few examples from each. 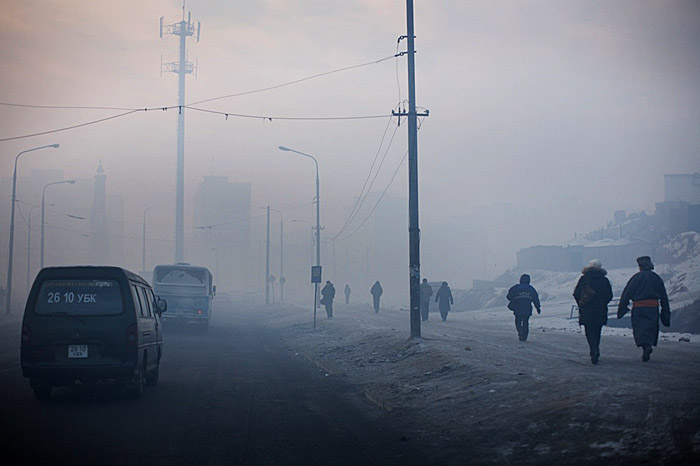 Workers walk into the city through thick smog. Pollution in Ulaan Baatar has made it one of the most polluted capital cities in the world. 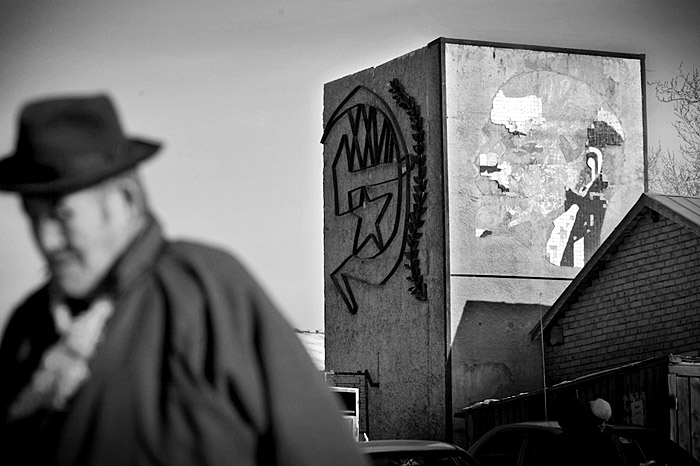 A crumbling mosaic of Lenin. A reminder of what some older Mongolians say was a better life under Communist rule. 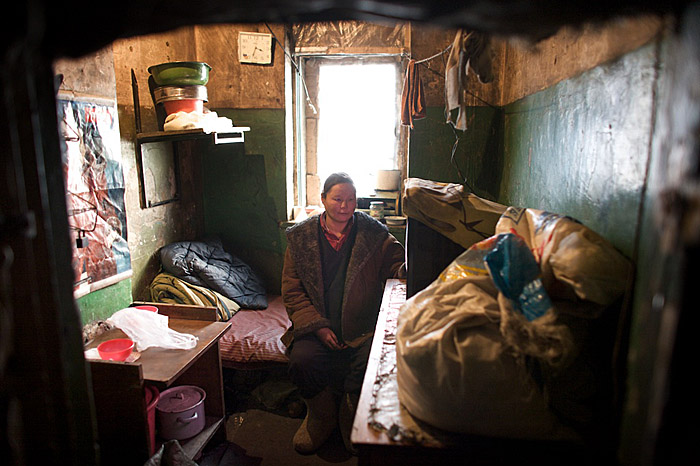 Many of the Soviet built tenement blocks have been left to decay and are now occupied by squatters. Nyamaa (30) who is blind and pregnant listens to the TV. She lives with her husband for free in this tiny room. 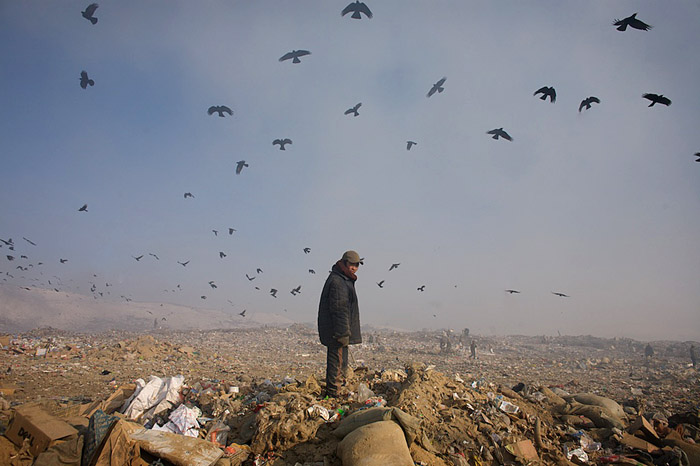 Men, woman & children working in sub zero conditions at the city rubbish dump on the outskirts of Ulaan Baatar. They recycle everything and earn approximately $2-$3 for a whole days work earning just enough to buy food for the family that day,