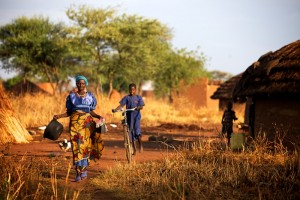 Akidi Mariana (72) outside her home in the village of Luzira in Northern Uganda. She resettled back home in 2007 having lived with her family in Patongo IDP Camp for 5 years having fled attacks by the LRA.