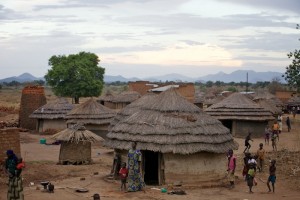 Operat IDP Camp on the outskirts of Patongo town which at its height housed over 50,000 people who fled their villages from potential LRA attack. Many people have now resettled back to their original villagers but a number still remain.