I’ve just arrived in Jaipur, Rajestan and it’s the first time I’ve had access to the internet so apologies for the delay in posting. The last week has been an incredible experience of Indian Rotary hospitality, long days and witnessing one the biggest medical logistical challenges happening in the world today. The full story and set of pictures will be posted when I’ve had time to edit upon my return to Jersey next week but below are some images from the last few days.

As explained in the previous post the aim of this trip is to report on the final push to eradicate Polio from the world and the work Rotary International is doing to make that possible. India is the most affected country and the story starts in Saharanpur, a city of over a million in the state of Uttar Pradesh, one of the poorest and most Polio affected regions. India held a National Immunisation Day on Sunday the 1st Feb and in Saharanpur alone, over 51,000 children under 5 were immunised that day. There were over 2,000 booths around the city manned by Rotary volunteers, Indian Government workers, WHO & UNICEF staff. The following 5 days involved ‘mop up’ operations where vaccinators visited every household in the district making sure each child received their 2 drops of polio vaccine. By the end of the week more than 110,000 children in Saharanpur will have received their drops. A massive logistical undertaking and amazing to believe that this takes place in every city, town and village throughout India with over 175 million children nationwide being vaccinated.

From here we will be visiting the Jaipur Limb Centre where people who have suffered paralysis from Polio come to seek assistance with surgical operations, calipers and tricycle bikes to help them continue live their lives. i’ll keep you posted… 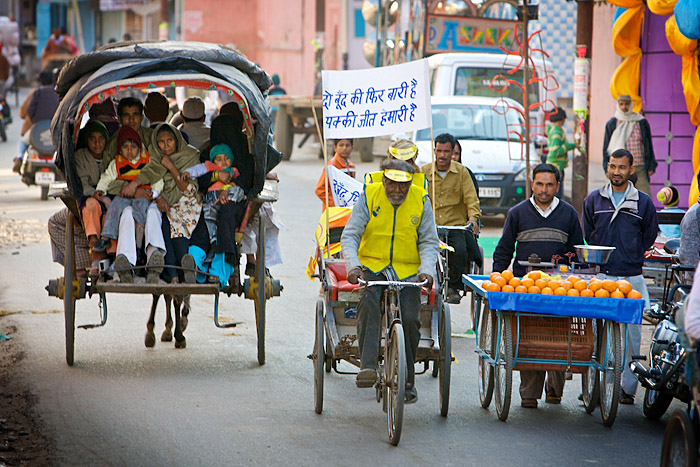 The day before the National Immunisation Day (NID) posters, banners and street rallies are held around the city of Saharanpur to announce the polio vaccination day. 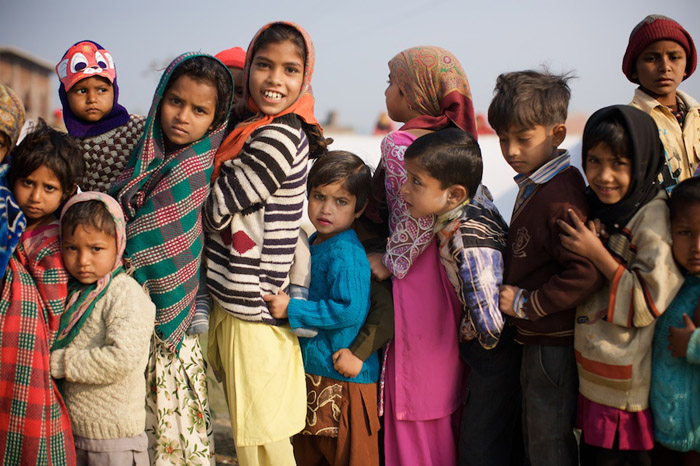 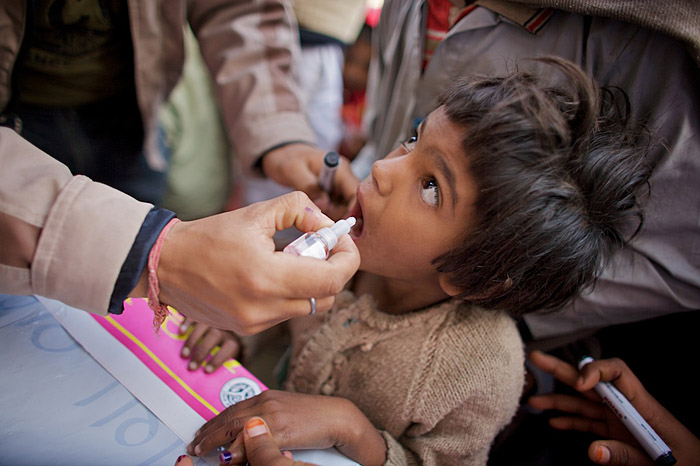 A young girl receives her polio drops. Each child is given 2 drops. 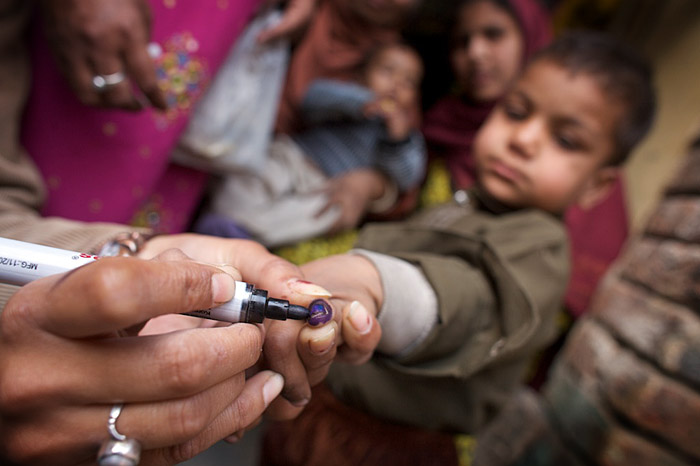 The left little finger is painted with a purple dye indicating they have been vaccinated. 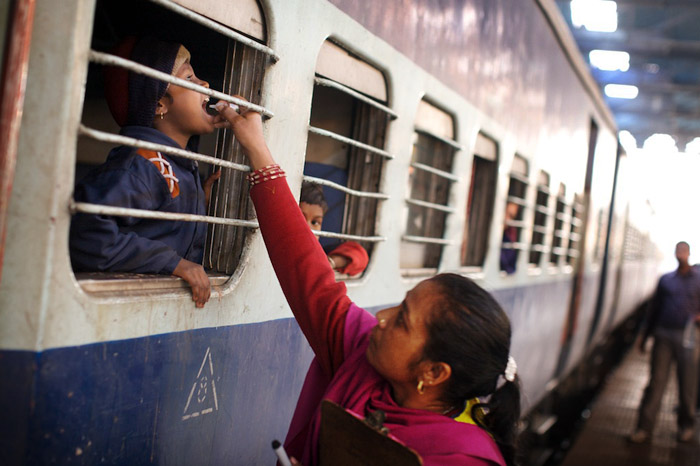 On the NID over 2,000 booths are set up around the city. There are also hundreds of vaccinators on railway station platforms and bus stations to catch any children traveling that day. 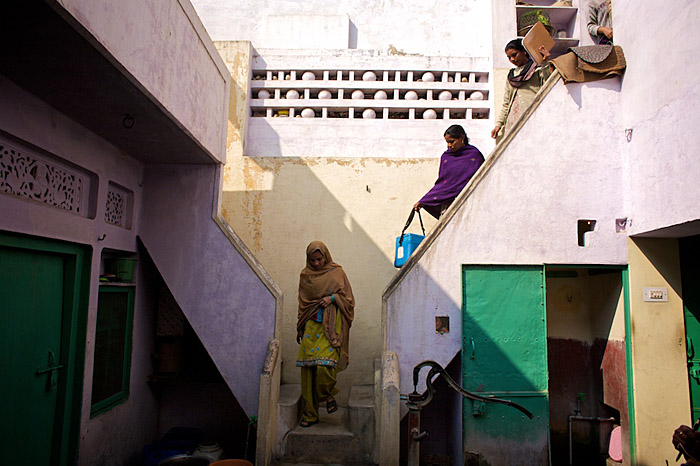 Vaccinators during the mop up days visit every house with children to ensure 100% coverage is attained. 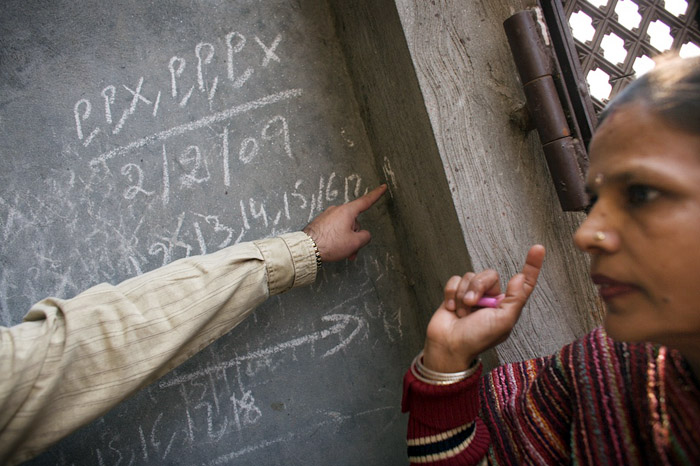 Every household with a child is marked during the mop up days showing either all children have been vaccinated or there is still some missing. Here this housing complex has multiple families, with a P indicating all have been vaccinated and an X showing some children still need to be seen. 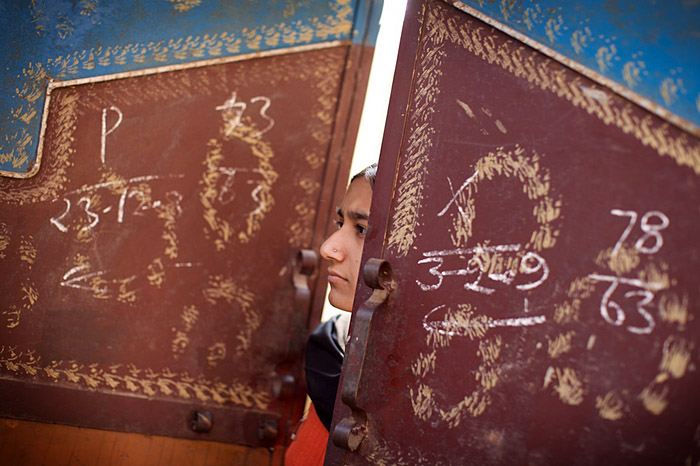 A girl from the Muslim community looks out from her house to talk to a mop up team. Some members of this community have put up resistance to the polio eradication scheme believing the drops make children infertile.