An image from an assignment to Bangladesh earlier this year for Caritas Australia has been selected as a finalist in the Foto8 Summershow 2011 in London. An exhibition at the HOST gallery from 8th July will display the images.

‘The Foto8 Summershow has become a unique opportunity for photographers from all backgrounds and disciplines to participate in the creation of a new aesthetic. An aesthetic that is becoming less formal and harder to define as photographers explore new approaches to their subjects and themes allowing their work to stand out.’

The Caritas campaign about how climate change is affecting this area in the south west of Bangladesh will be launched shortly so I’ll hopefully be able to put some more images and a multimedia presentation they completed here soon..watch this space…! 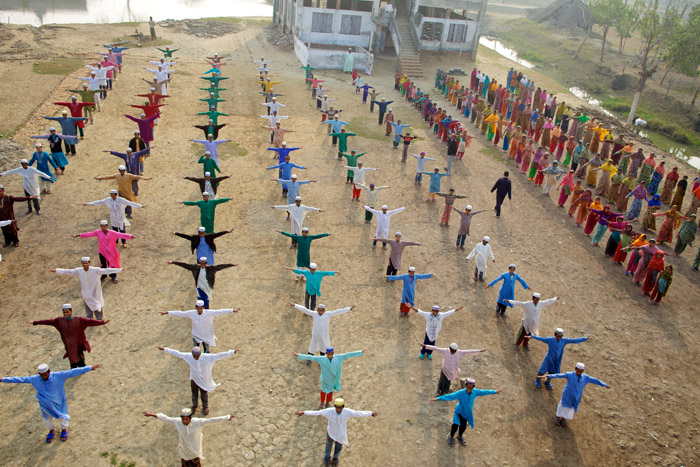 Students from Darussunmat Daichil Madrasa in Gabura, south West Bangladesh exercise on the playing field next to the cyclone shelter that doubles as their school. Gabura, which is one of the most climate change affected zones in the world was badly damaged by Cyclone Aila that struck on May 25th 2009. Villagers were washed away by a tidal surge leaving many people homeless and their fields saline. The shelter is a lifeline for many of the residents each cyclone season.© Richard Wainwright/Caritas Australia