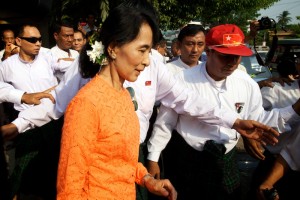 NLD leader Aung San Suu Kyi leaving her home in Rangoon (Yangon) to travel down to Kawhmu on the eve of the by-election.