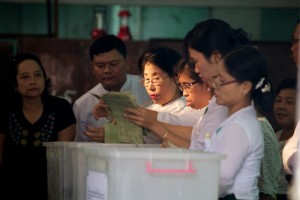 Officials taking out the ballot papers from the ballot boxs in Mingalar Tuang Nyunt Township in Rangoon (Yangon) following the by-elections.