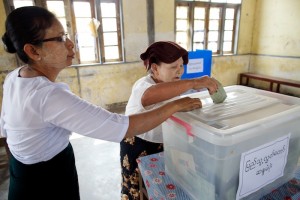 A female places her vote with the assistance of an official in Natsingone High School in Kawhmu south west of Rangoon (Yangon) during the by-elections.