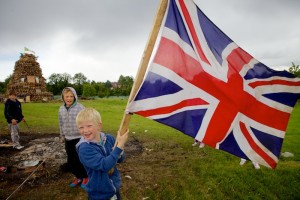 A bonfire in Suffolk, south Belfast.