I thought I’d post a quick update as to what I’m doing at the moment. I’m currently one month into a three month study course in Bangkok at Chulalongkorn University studying on the Rotary Peace and Conflict Resolution program. It’s been intense but stimulating with lots of new ideas and concepts, many I’ve never considered before or been exposed to.

Our class of 17 consists of a colourful mix of nations from Brazil to Malaysia, USA to India, Zimbabwe to Italy with backgrounds as varied including aid workers in Sudan, policemen in Mumbai and Philadelphia, a researcher in Java, social worker in Rio and land issues consultant in Argentina. All in all an amazing mix of very professional people which creates some pretty lively discussions..normally over a few beers..!

So far we have been taught how to analyse conflicts by looking for structural causes, connectors and dividers and actors. How to negotiate, mediate and facilitate discussions and situations. Looked at the concepts of Do No Harm and Human Security and the role media plays in conflict.

If your interested in keeping up to date with how the course is going I’m writing a separate blog here:

I made a conscious decision before setting off on this course not to bring all my equipment so I only have one camera and one lens. That may sound strange for a photographer but I realised that this was an academic study course, not a photo assignment. It’s been a bit frustrating at times because I’ve missed making some nice pictures but a trip to northern Thailand made me realise I had made the right decision. When I’m taking pictures, I get into this ‘zone’ where nothing else matters but the image. To make the most of the course you have to write copious amounts of notes and listen to all the lectures and concentrate on what is being said…something you can’t do when taking pictures..!

However, when we visited a Buddhist Monastery right on the border of Burma I couldn’t help myself because it was just screaming out to be photographed..! Whilst I think I made some nice pictures, I wasn’t ‘present’ for those 20 minutes..! I was also using a fellow students Nikon..!!..not something I’d normally admit to being a Canon man but my mirror detached from my 5D. However, I finally got to use the CPS Gold service back in Bangkok who fixed, cleaned and tested the camera in under an hour for $16….you can’t complain at that…!! Novice monks and students at Wat Fa Wiang from Shan State in burma line up for their lunch at 12pm. The won't eat again until the next morning. Many Shan people fled Burma and took refuge in the monastery after heavy fighting in this area in 2002 between the Shan State Army and the Burmese Government.

Many Shan people fled Burma and took refuge in the monastery after heavy fighting in this area in 2002 between the Shan State Army and the Burmese Government. 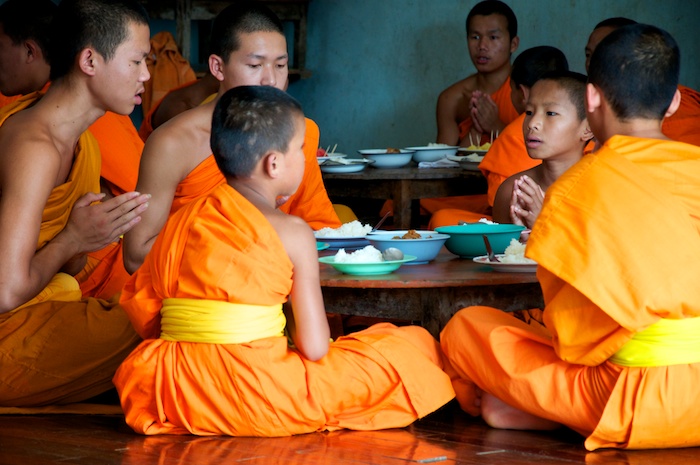 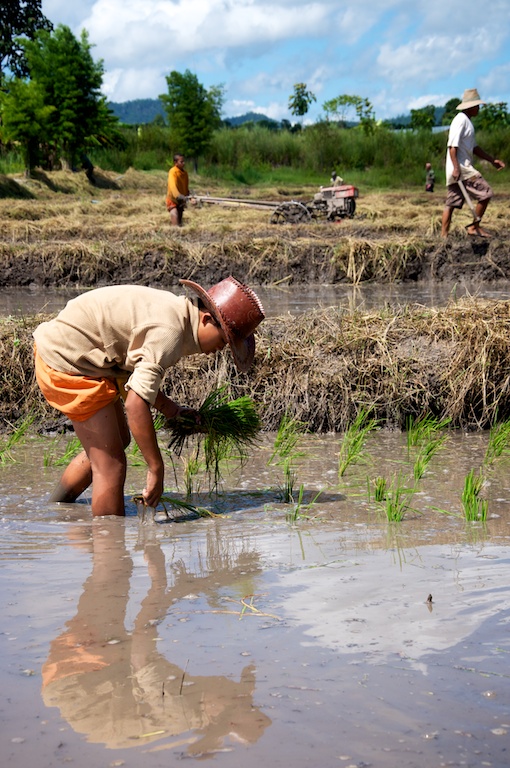 Novice monks and students at the Sangha Metta Project. They are also taught how to grow rice and be self sufficient. 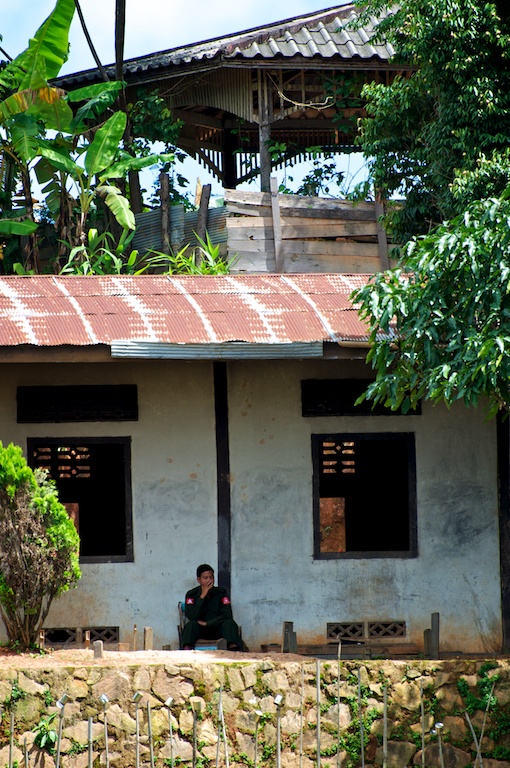 A Burmese soldier looks across the border into Wat Fa Wiang from what used to be a dormitory for a number of novice monks. The monastery lost this part of the building after heavy fighting in this area in 2002 between the Shan Sate Army and the Burmese Government. Many Shan people fled Burma and took refuge in the monastery. View from Thailand over the Golden Triangle with Burma on the left and Laos on the right. Northern Thailand and the borderlands between Burma and Laos are home to a number of stateless hill tribes and is renown for drug smuggling and human trafficking. 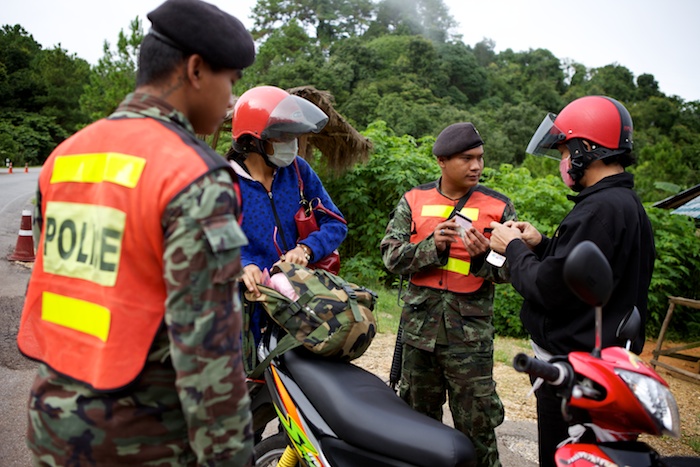 A Thai military check point in Piang Luang. They are mostly looking for drugs and arms but also illegal immigrants and human trafficking. 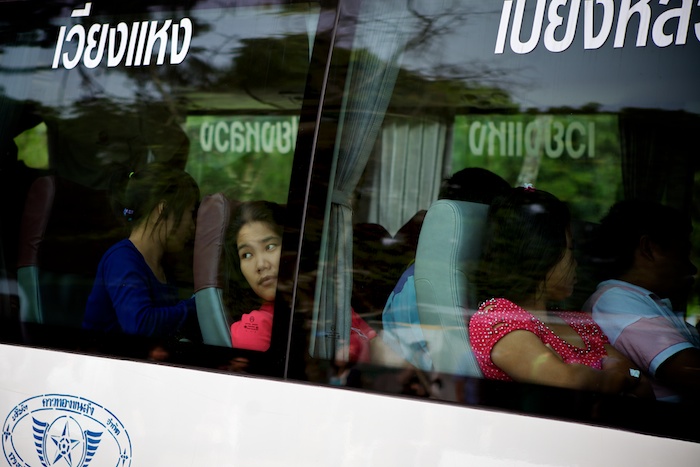 A women looks out of a bus at a Thai military check point in Piang Luang. They are mostly looking for drugs and arms but also illegal immigrants and human trafficking