A farming project in Zimbabwe was chosen as this years focus for the Act for Peace Christmas Bowl appeal with Jessina and her amazing family showing how it’s done. Below are some images and video from the two trips taken during different seasons. If you want to learn more or donate please click on Christmas Bowl 2016.

Jessina has been a member of the Conservation Farming program for four years and the family is now considered food secure. Before joining the program, the land they farmed didn’t produce enough maize to feed the family or send their children to school. With a changing climate, prolonged drought and irregular rainfall patterns, the family was becoming increasingly vulnerable. 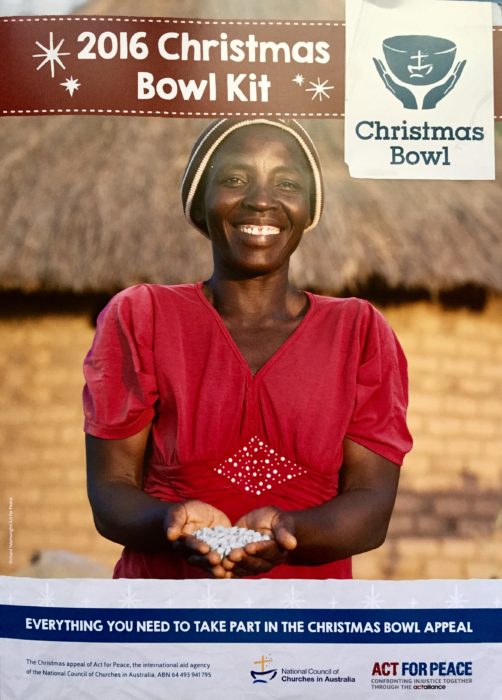 Jessina on the front of the campaign brochure.

Jessina was introduced to the program run by local partners Christian Care and after the first year she had produced enough food for her family and was able to sell the surplus maize and buy a goat for breeding. In the second year she was able to buy her children new clothes and pay school fees.

“I’m now in my third year, and I have many goats, turkeys, guinea fowl and chickens. “ Jessina said. 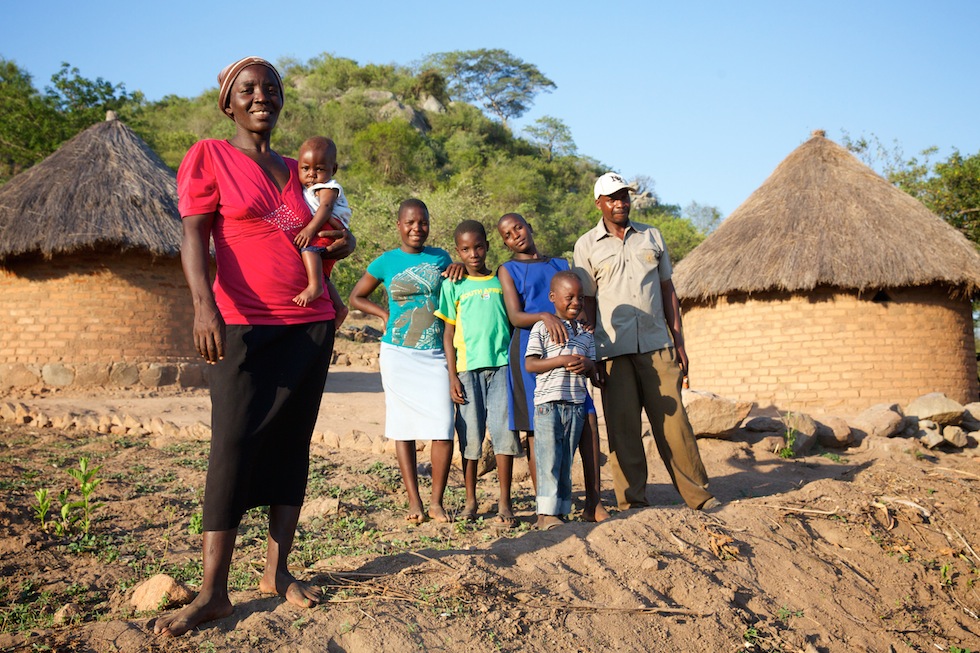 Jesina standing with her family outside their home in Zaka district, Zimbabwe.

Christian Care have run the program since 2004 and teach farmers techniques such as using year round mulching to lock in moisture and planting at the correct time so that a crop will be possible even in the driest conditions. 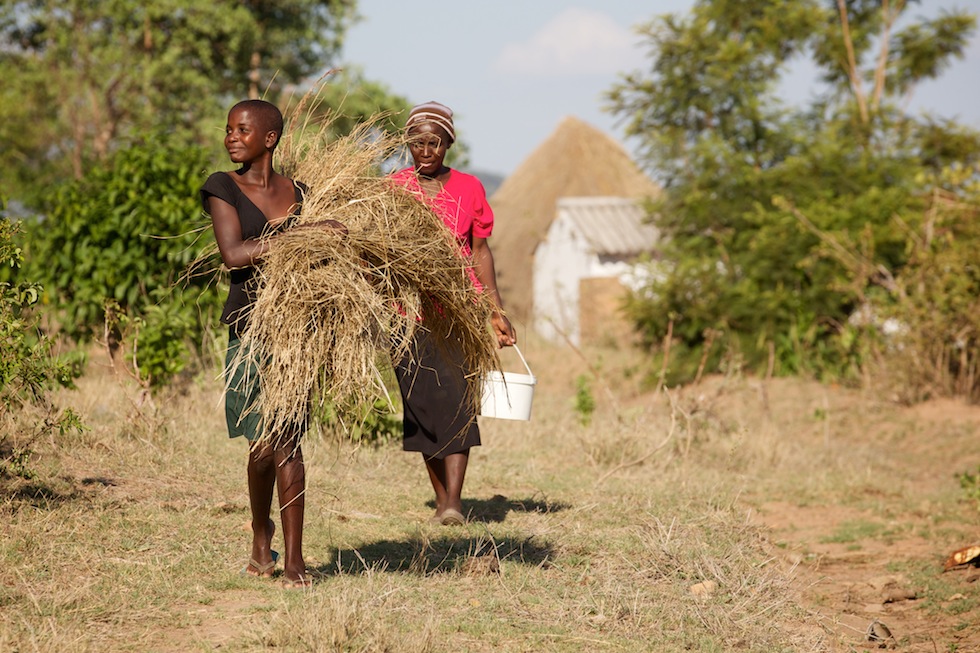 Apolonia helps her mother Jesina carry mulch for their newly planted maize fields at their home in Zaka district, Zimbabwe.

Zaka district where Jessina lives is experiencing an unusually long dry spell which has badly affected her first crop of this season. Although she is concerned about not being able to produce a big crop this year, she now has enough maize in reserve and the ability to sell some livestock to pay for food and school fees.

“Even if we do not get good rains I’m confident I can move ahead and sell my goats and turkeys I have got from conservation farming.” 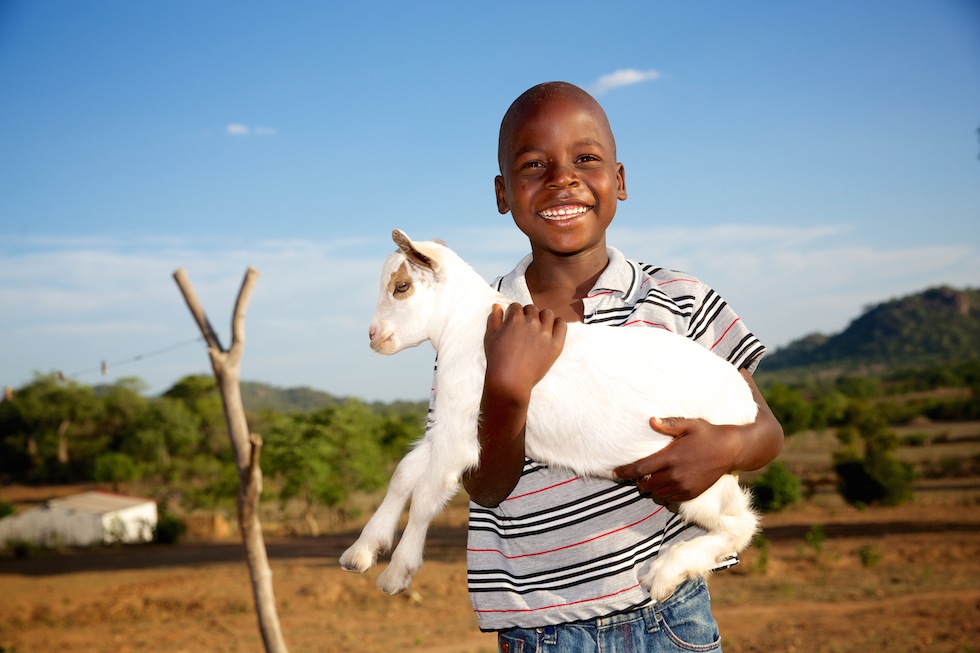 Stanley (6) holds a goat outside his home. Jesina was able to buy a goat for breeding after using conservation farming techniques

Below is a video I shot on the first trip and some more images. Mitch also shot a beautiful video on the second trip which can be seen here. 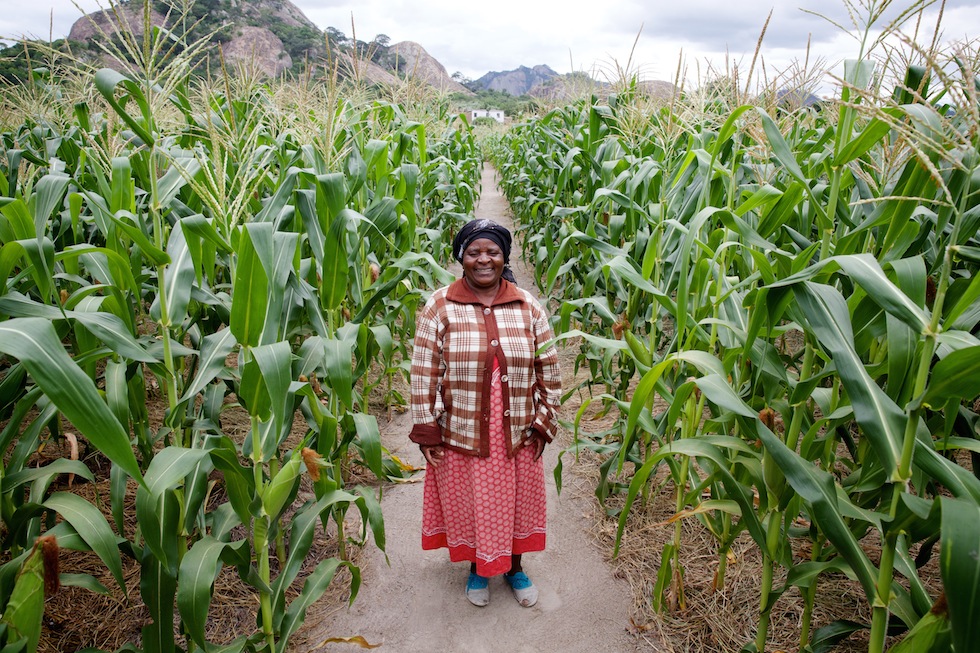 “Through conservation farming we have managed to harvest more than a tonne. Some we have sold, some we have stored for my family consumption “ Joyce 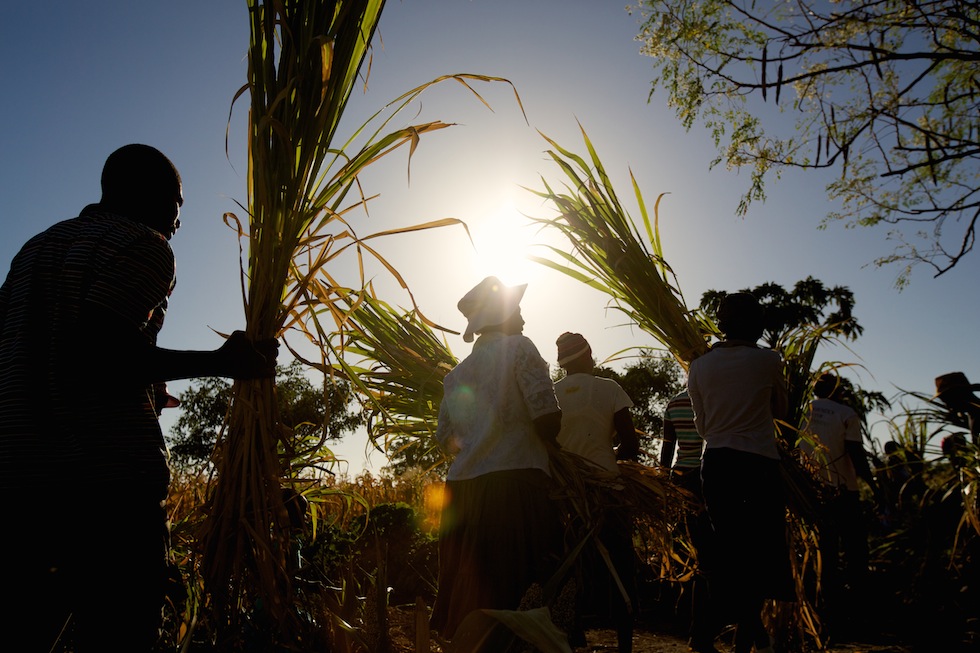 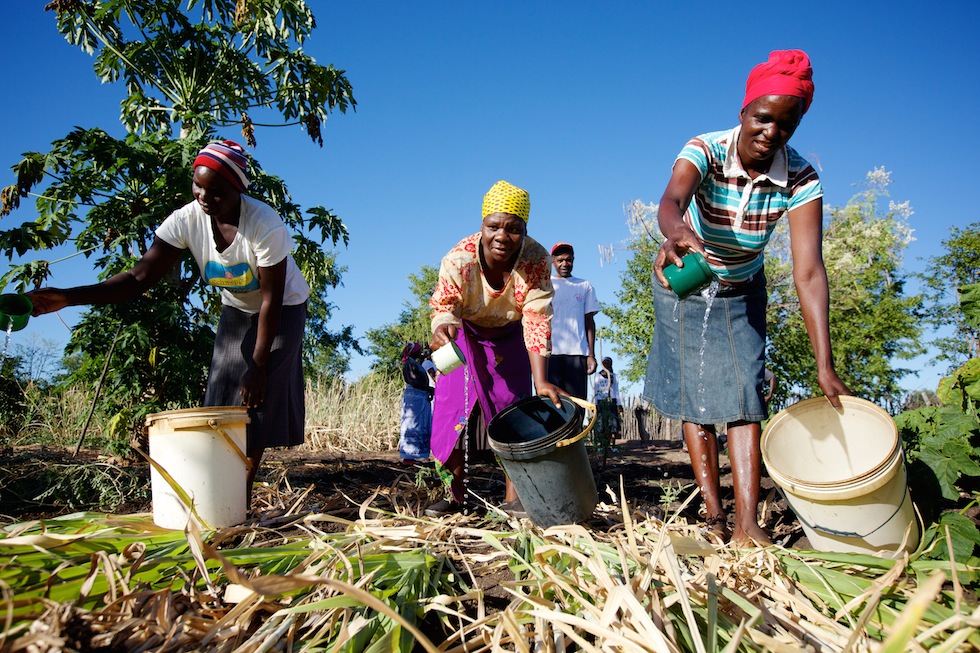 This year the region is experiencing a prolonged drought making conditions hard for the farmers. Aaron started on the farming program in 2009 and is one of the original farmers. His main crop is maize and some groundnuts.

“I’ve learnt not to plant anything without mulch.” Aaron 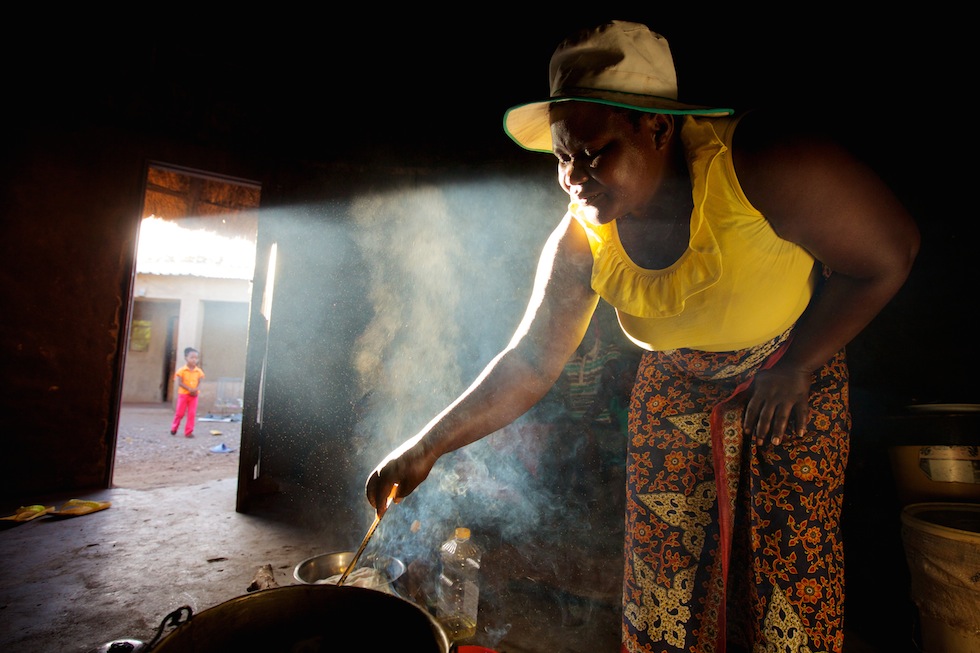 Marion Makusha (33) preparing breakfast for family members after a mornings work in their fields in Mapume Cluster in Chiredzi District, Zimbabwe. 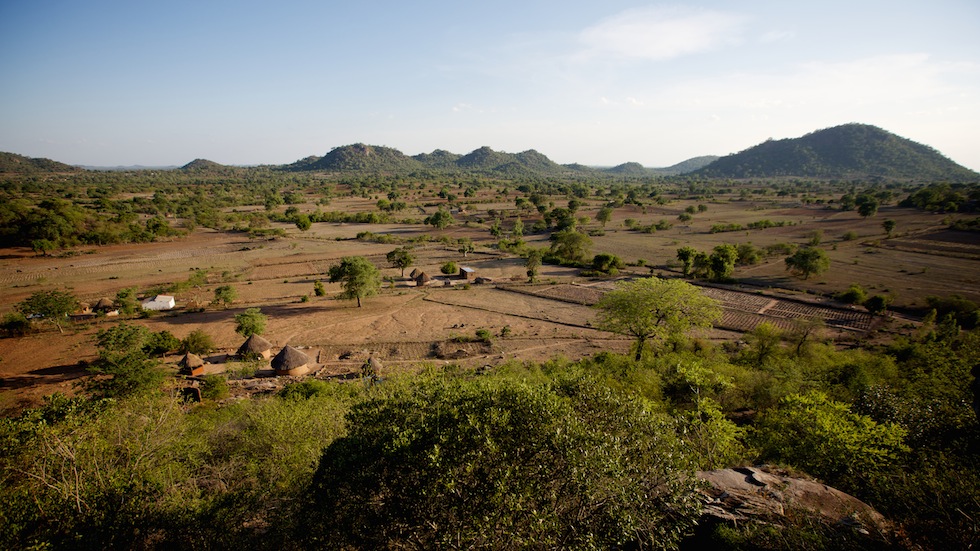 A view from a hill overlooking Jessina’s home with her house on the near left and the family fields on the right. 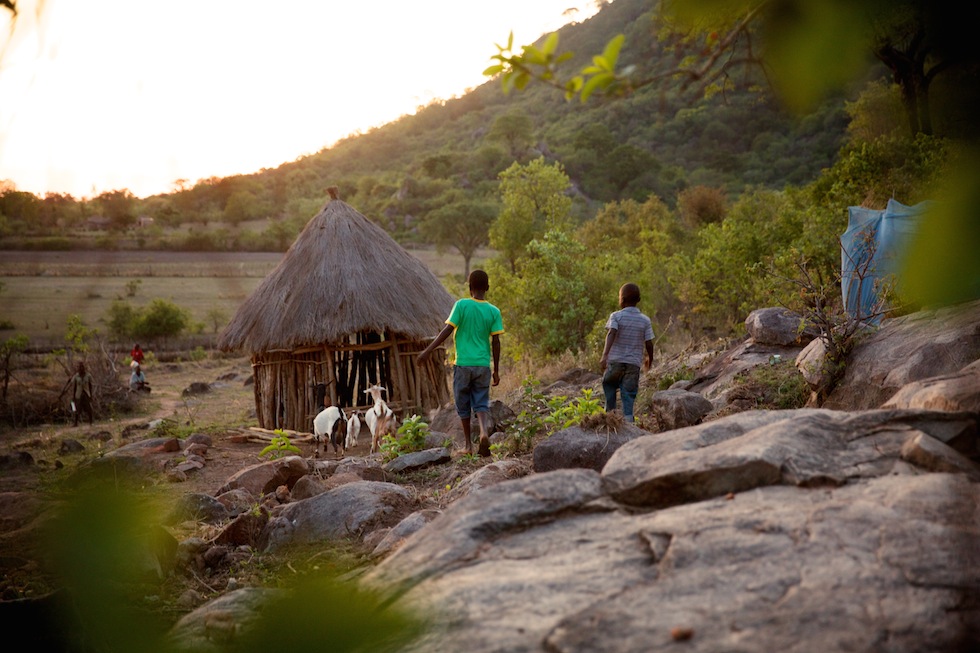 Christopher (11) and Stanley (6) herd goats near to their home. 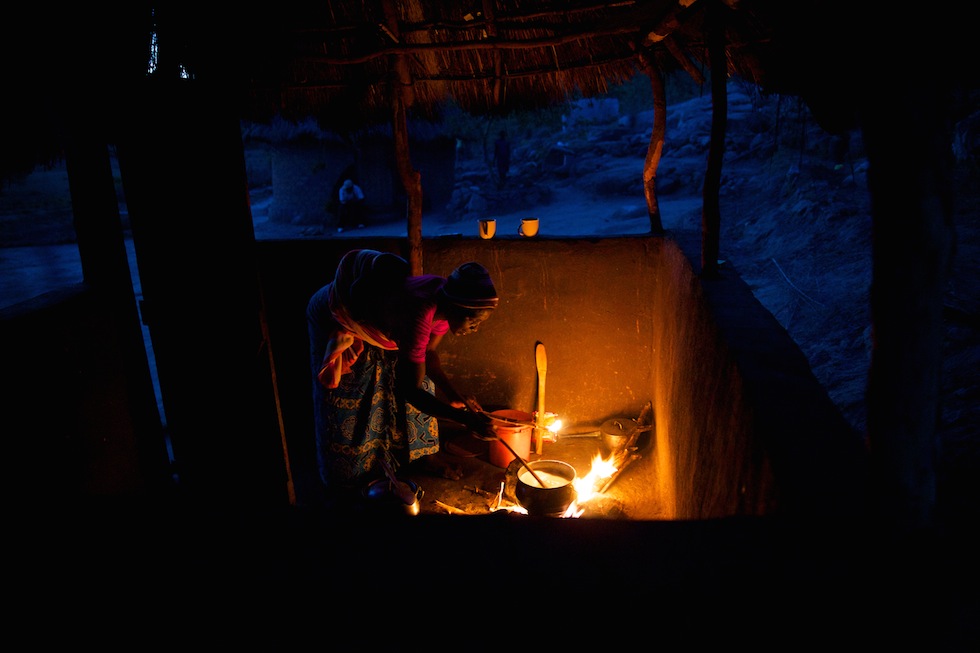 Jessina cooking a meal for her family at her home in Zaka district, Zimbabwe. 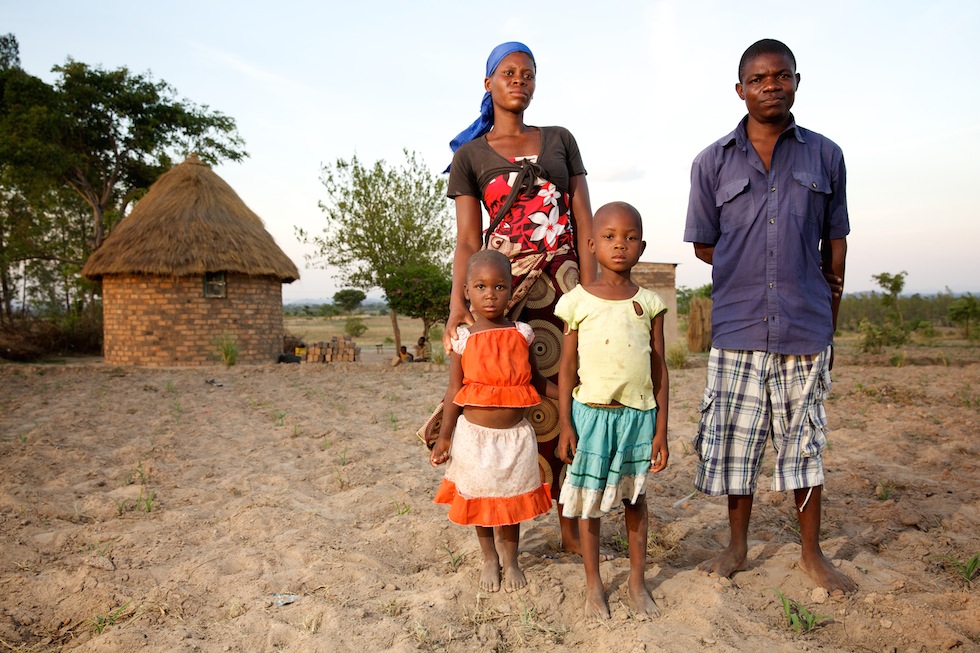 Nyemba Beauty and her family are just about to start on the Conservation Farming program. Currently their fields do not produce enough maize. 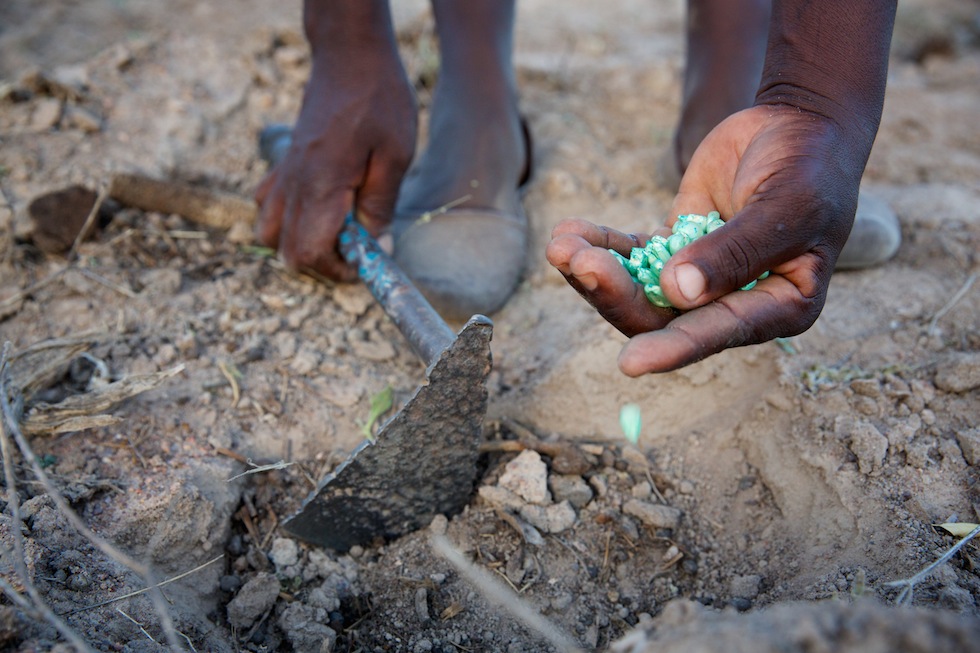 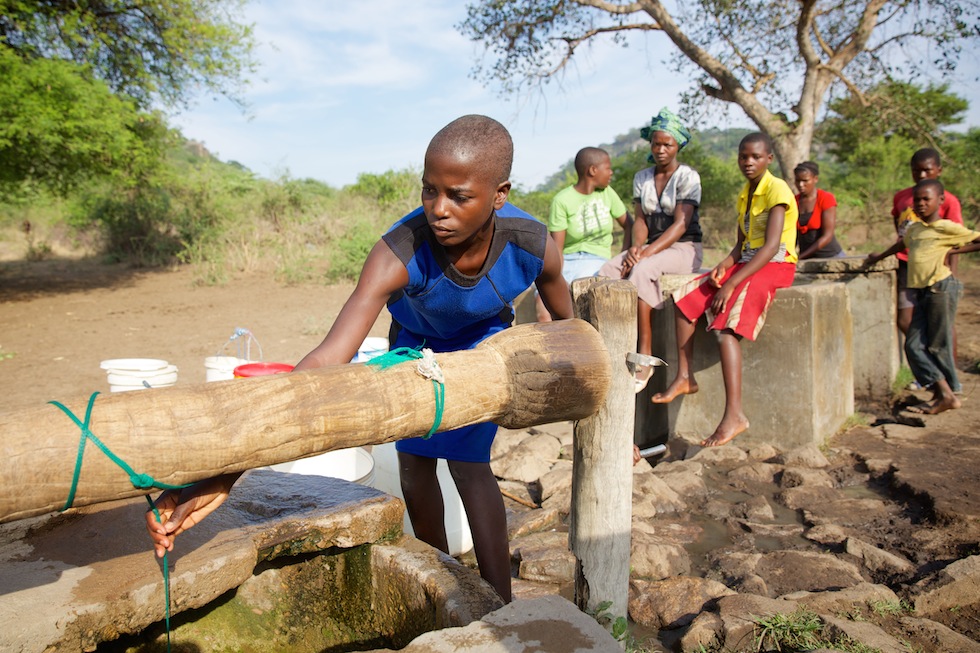 Apolonia (14) collecting water from a communal bore hole 2km from her home. The water is for drinking and household use and it also provides moisture to the newly planted maize crops. 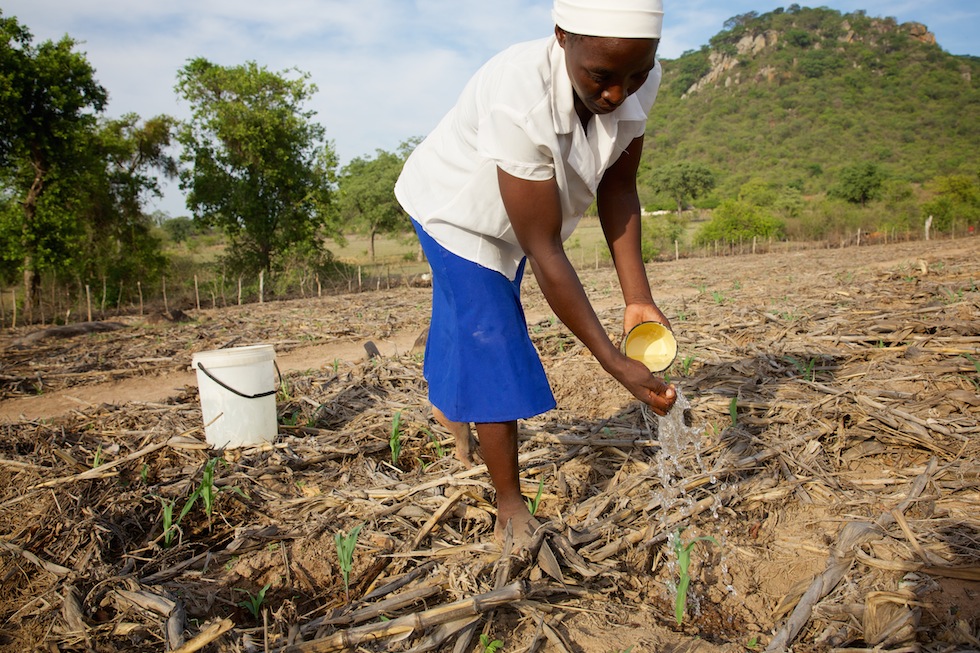 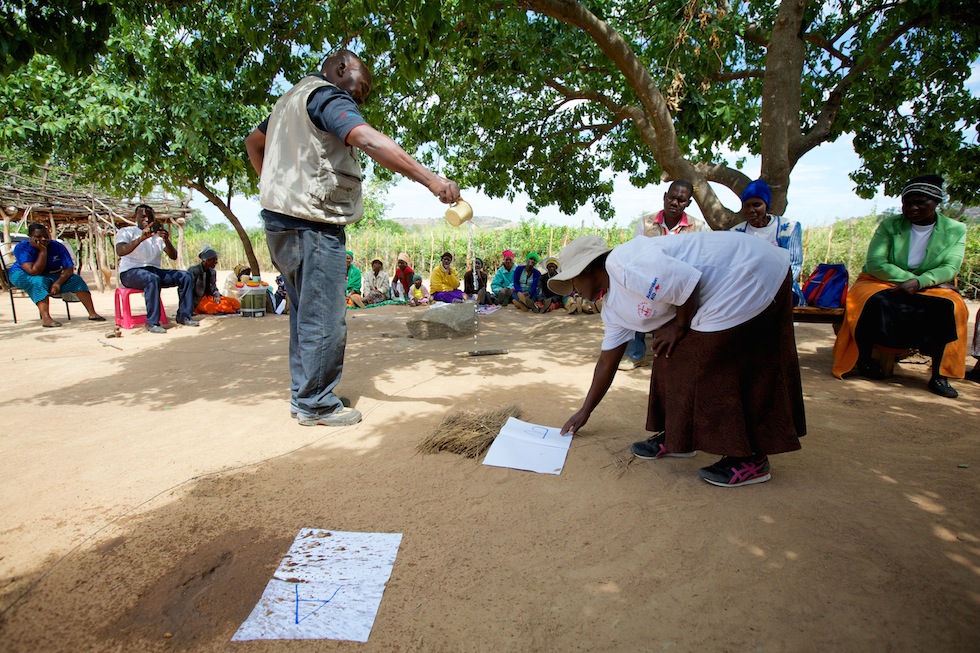 Desmond Makuni, from Christian Care demonstrating how important mulching is to stop rain run off to new farmers. 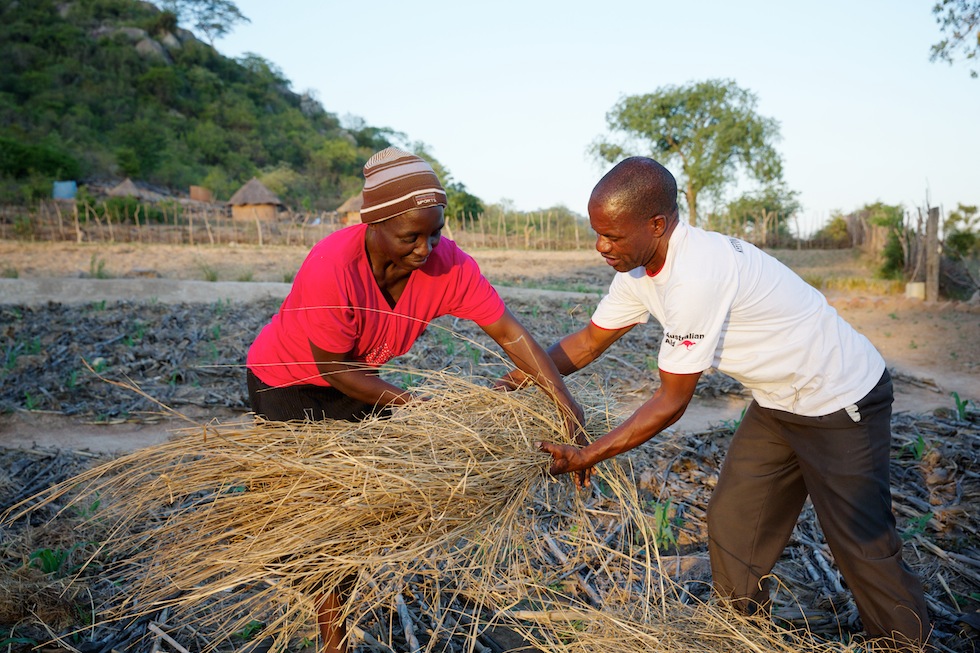 Jessina is shown mulching techniques by Newton, a Project Assistant with Christian Care who has been her mentor for four years. 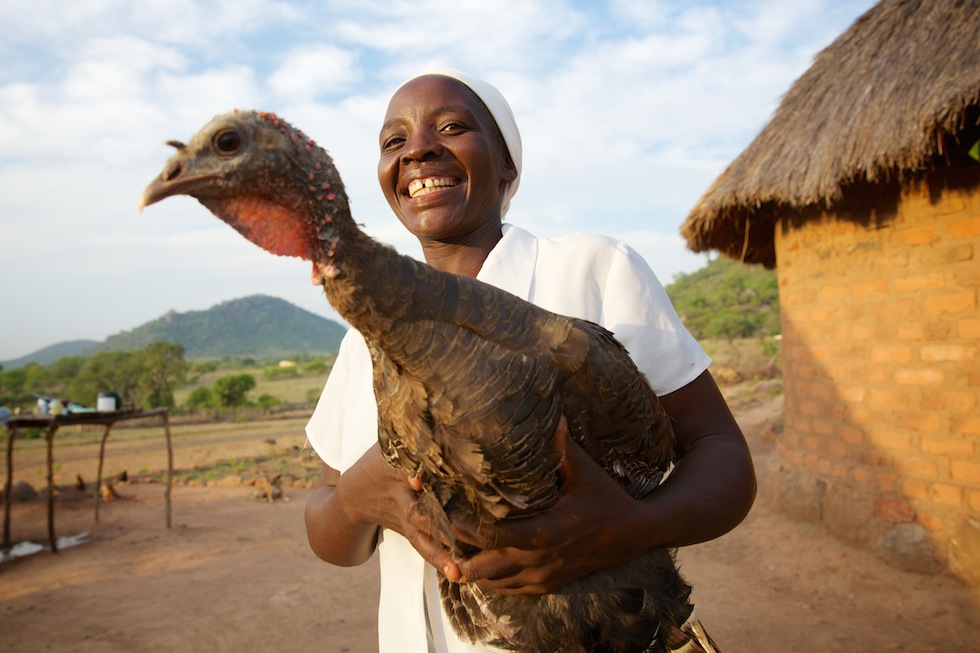 Jessina proudly showing one of her turkeys. She was able to buy the turkeys for breeding after using conservation farming techniques which produced enough maize to feed the family and left enough to sell.