I was happy be selected as a finalist at this years WA Media Awards in the Best News Photograph category for my work on the Malaysian Airways MH370 search. I was on assignment for the Australian Associated Press for three weeks based at RAAF Pearce airbase, going on 10 hour long missions with the RAAF and RNZAF on their PC-3 Orion aircraft to the southern ocean as well as trying to gain pool access to the crews arriving back and numerous press conferences.

The search for Malaysia Airways MH370, which went missing whilst on a flight between Kuala Lumpur and Beijing on 8th March 2014, was the biggest international news story to descend on WA this year. RAAF Pearce became the epicentre of both search and media activities with dozens of news crews from all over the world camping out desperately waiting for any information as aircraft returned from the search area each evening.

One thing that impressed me the most was despite the fact they were often flying in bad weather and on a gruelling rotation system, the enthusiasm and expectation from the aircrews that wreckage would be found and the victims’ families could receive some sort of closure remained until the last flights. The aerial search was called off after weeks of searching and nothing being found and the disappearance of MH370 still remains a mystery. A wreath in memory of the victims of missing Malaysia Airways Flight MH370 outside RAAF Pearce in Perth, Western Australia which became the centre for search activities. © Richard Wainwright for AAP 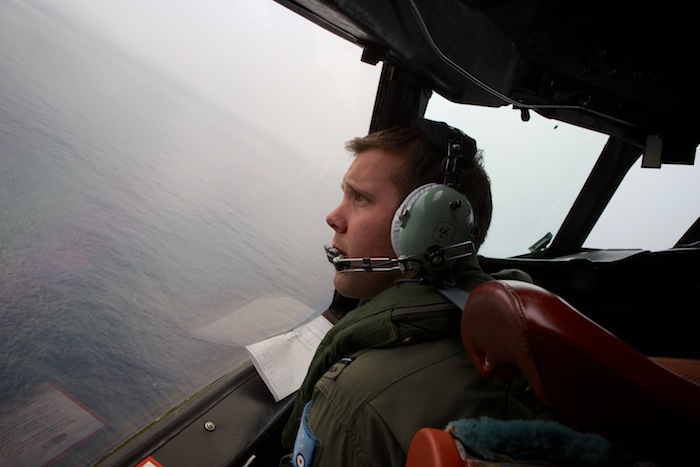 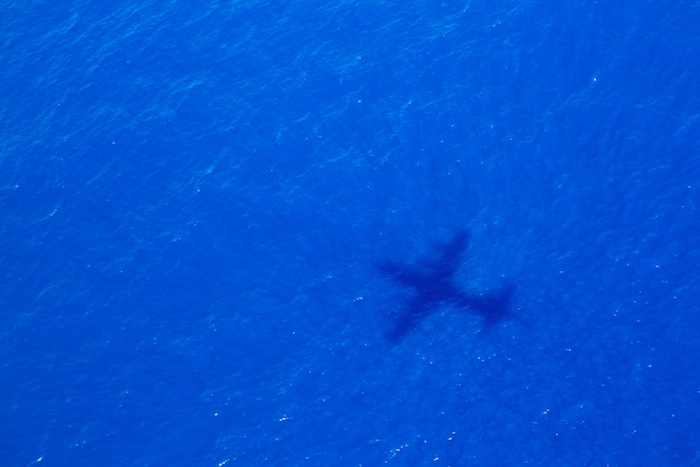 The shadow of a Royal New Zealand Air Force P-3 Orion taking part in the search. © Richard Wainwright for AAP 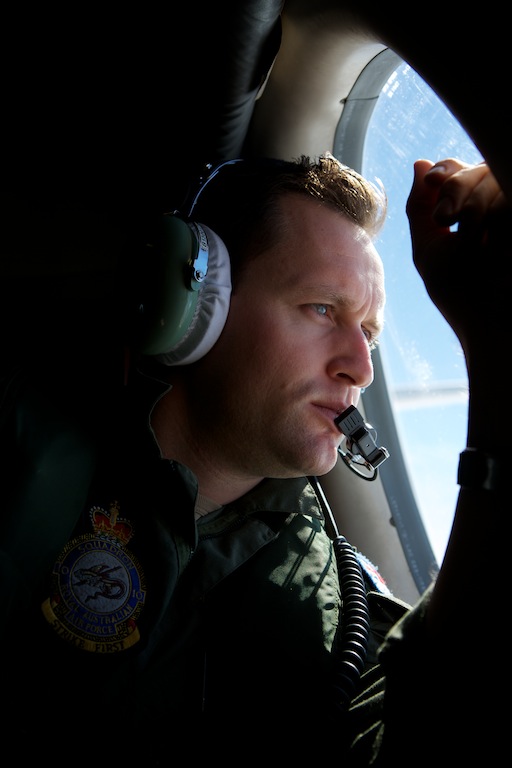 A crewman of an RAAF AP-3C Orion aircraft looking out of his observation window. The search was conducted in an area 2,500km off the South West coast of Perth. © Richard Wainwright for AAP 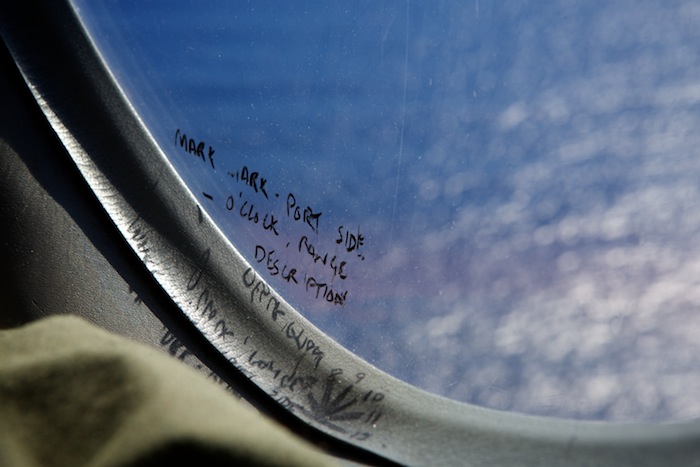 The intercom radio call procedure for crewmen who spot any debris is written on an observation window of a Royal New Zealand Air Force P-3 Orion. © Richard Wainwright for AAP 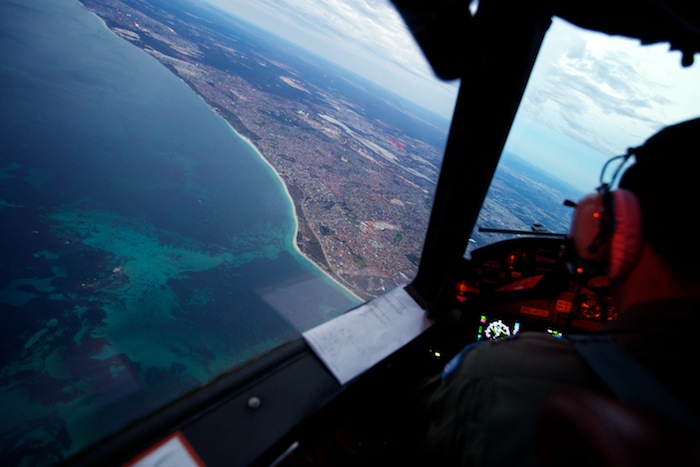 Crew on board an RAAF AP-3C Orion crossing the coast of Perth before landing at RAAF Pearce airbase in Perth, Western Australia having just completed an 11 hour search mission for missing Malaysia Airways Flight MH370. © Richard Wainwright for AAP 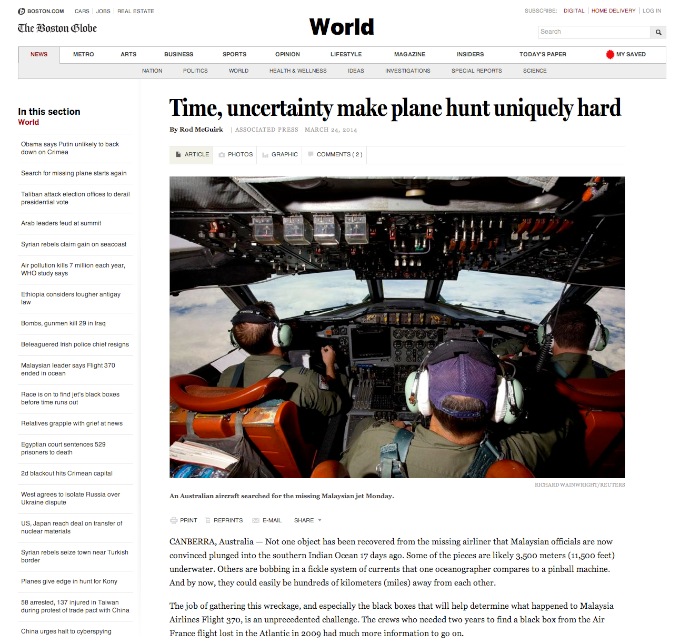 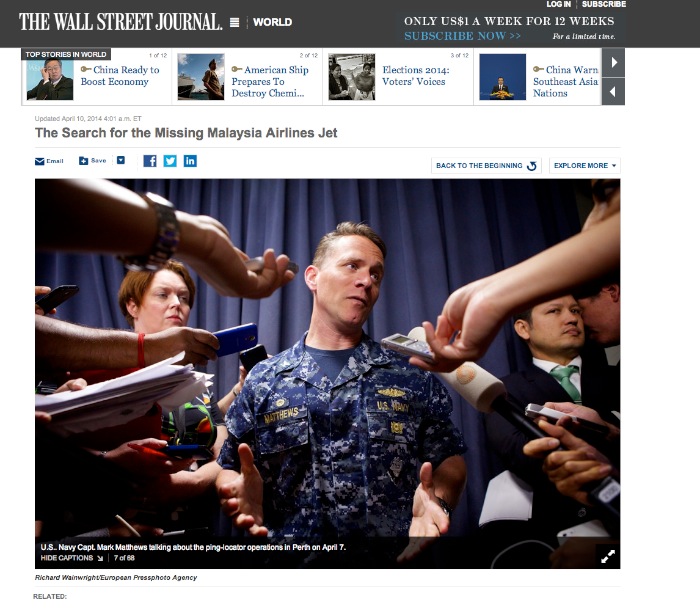 The Wall Street Journal. Captain Mark Matthews from the US Navy talking to reporters about the ping locator operations following a press conference at Dumas House in Perth. © Richard Wainwright for AAP 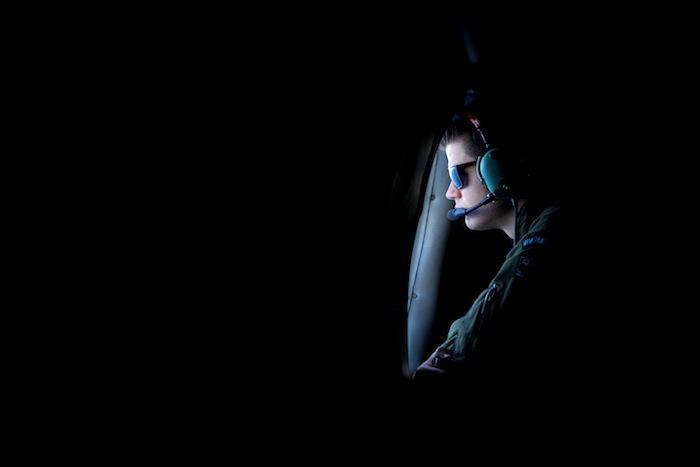 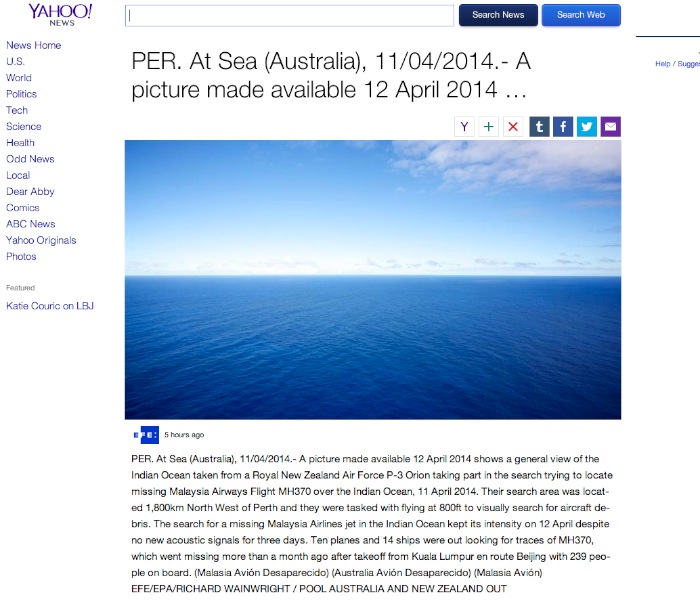 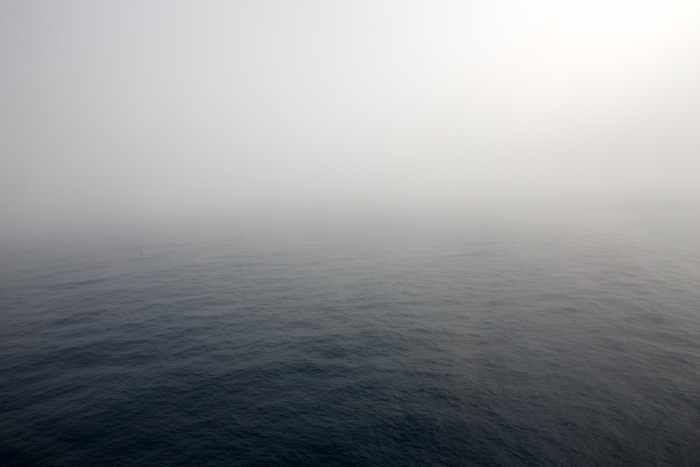 View of the bad weather and visibility from a low flying RAAF AP-3C Orion. © Richard Wainwright for AAP