Images and film shot on assignment for Act for Peace Christmas Bowl appeal 2015.

Ethiopia is now hosting more refugees than any other African country. Many of those refugees, over 285,000 at present, have fled the civil war in South Sudan, which broke out in 2013.

Most find shelter in the main camps run by UNHCR but a number of refugees from the less dominant tribes end up settling in Ethiopian host communities. Whilst they benefit from having shared tribal connections and the same language, these communities often lack the resources and infrastructure available in the main camps and conditions can be extremely harsh.

One such community we visited with Act for Peace was in Akula, now hosting over 1,600 people in the hot, dusty Gambella region of Western Ethiopia. The farming community had fled to Ethiopia when rebels attacked their village in South Sudan. Everything was destroyed, all the houses were burnt down and there was no food left to eat. After a long trek they arrived in Ethiopia with nothing. 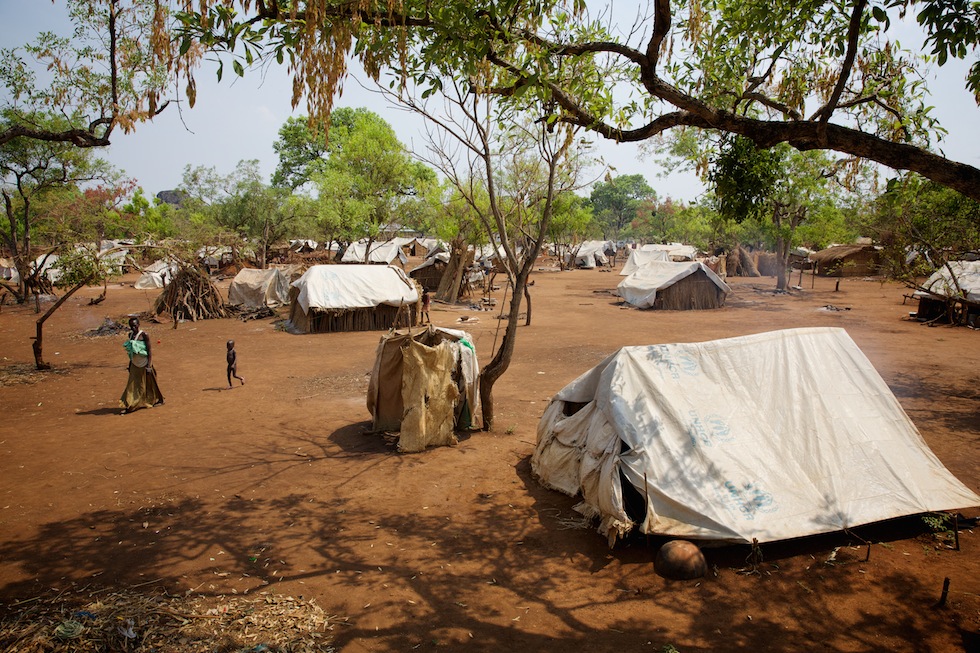 Akula community in Gambella that is hosting over 1,600 refugees from South Sudan. They have lived in these conditions for over a year.

One year on and the greatest challengers they continue to face is access to water, sanitation and hygiene, which has had tragic consequences. When we visited, the community was in the middle of a Hepatitis E outbreak and five people had already died. With just one working water point available, there wasn’t enough water for people to wash their hands and the two latrines built when they first arrived had already become unusable, so it was easy for the disease to take hold.

One young boy called John (8) was just starting to recover from what the community were calling “Yellow eyes disease’, named after the distinctive yellow eyes people get when infected. John looked exhausted and had just recently started leaving his bed. His anxious mother, Tuskur who had seen others die from the disease said she could only watch helplessly as he had grown weaker and weaker. 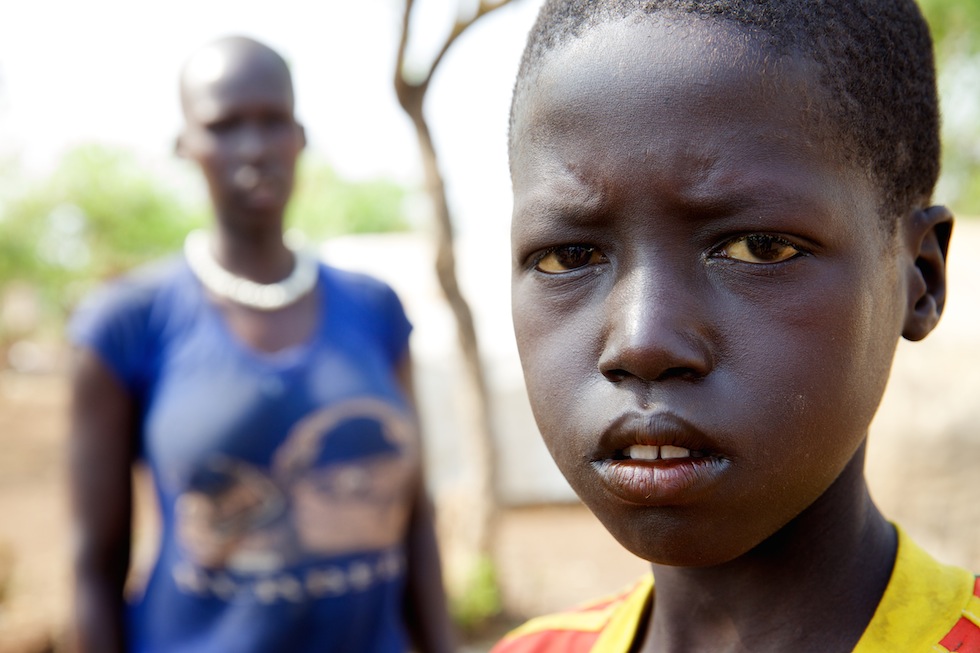 John (8) with distinctive yellow eyes, a symptom of contracting Hepatitis E. John had seen a doctor but there was no medicine available to treat the disease. He has been ill for over a week but he is slowly improving. 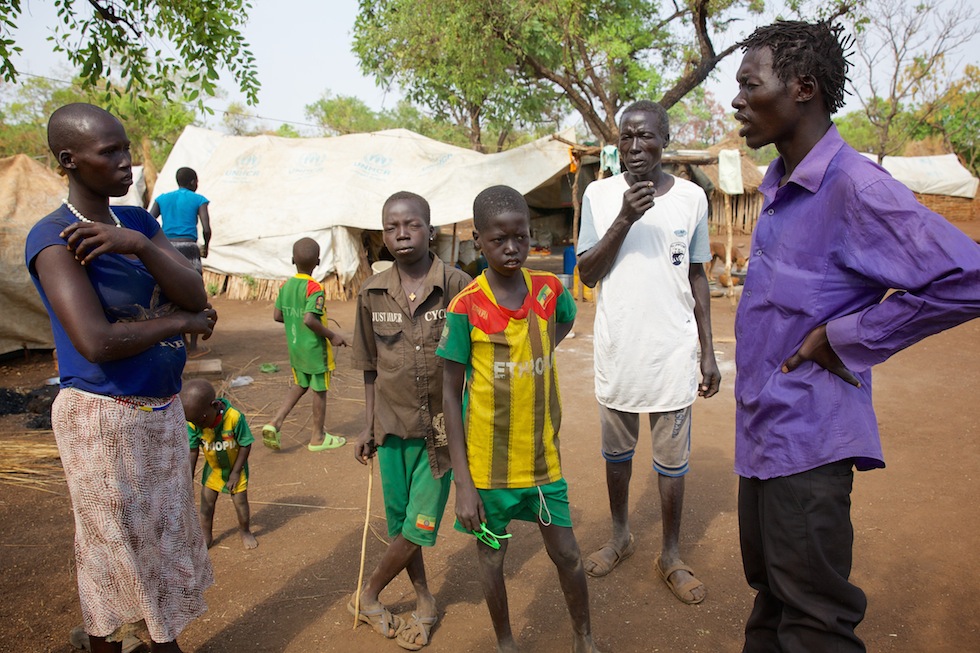 John (8) (centre) who is recovering from Hepatitis E  stands listlessly whilst his mother Tuskur talks with Chuol about hygiene and sanitation. Choul, himself a refugee from the same community used to work in WASH programs in south Sudan and now helps train his own community in Akula camp.

After consultation with the refugees, Act for Peace and their local partner DICAC constructed the much needed latrines and fixed another water point. They also began distributing soap and trained people from their own community to teach families about hygiene and health.

“Our top priority is latrines because as long as you’re in good health you can do things and change your life.” – Jock, Community Chief 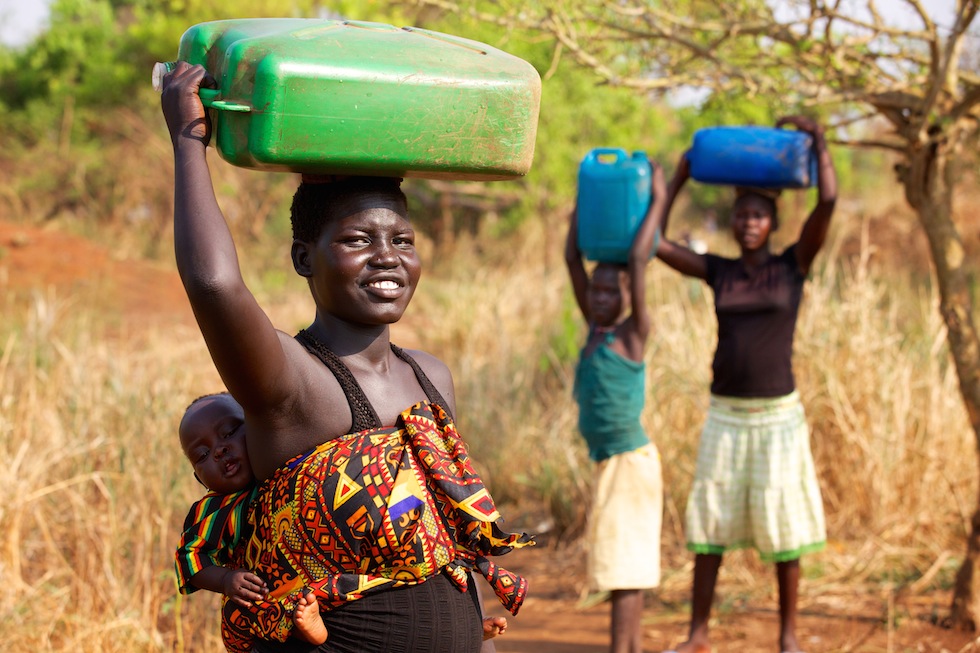 Kama (18) and her daughter Nyadak (1), refugees from South Sudan collect water from a water point in Akula community in Gambella. She now collects water 3 times a day for her family.

Whilst there we also met Kama and her daughter Nyadak (1). An amazingly resilient young mother, Kama had to hide in bushes when soldiers attacked her home then flee across the border with her daughter. When she arrived she had nothing at all and ended up living in a makeshift shelter. She didn’t even have a bucket to collect water so had to borrow one from her neighbour.

Kama was one of the first to receive a jerry can and soap during a distribution and is now able to care for her daughter. 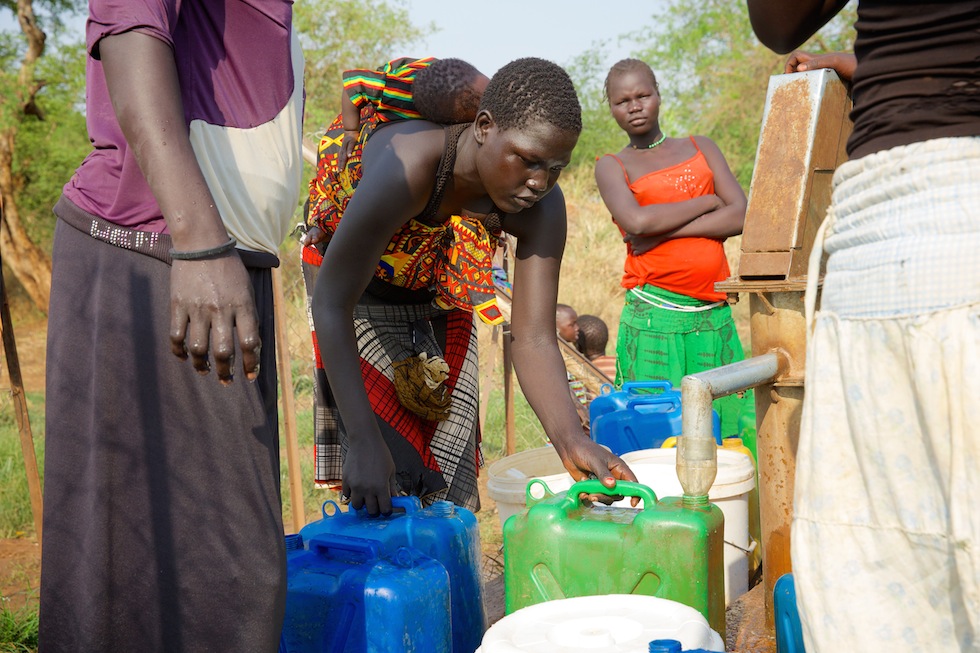 Kama (18) and her daughter Nyadak (1) collecting water from a water point in Akula. 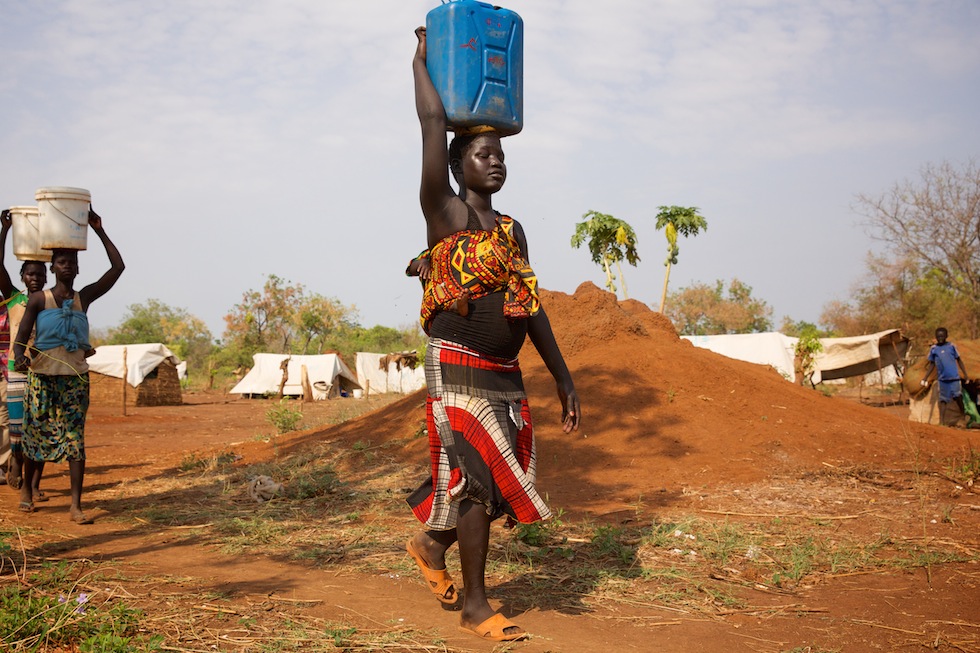 Kama (18) walking through Akula community after collecting water from a nearby water point. Kama arrived from South Sudan with nothing so had to borrow a jerrycan to collect water before the DICAC distribution. 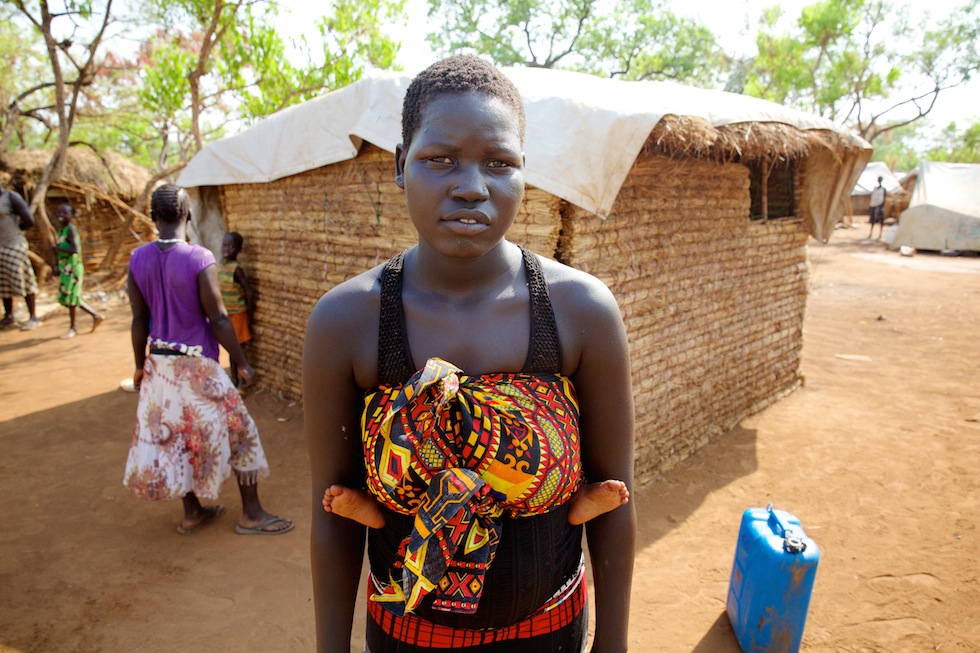 Kama outside in Akula community in Gambella that is hosting over 1,600 refugees from South Sudan. EOC DICAC have improved the hygiene and sanitation conditions by installing latrines and provided training and regular non food items such as soap and jerrycans.

A recent follow up assessment reported back that since the introduction of the new latrines and water access, no one had fallen ill let alone died from Hepatitis E. Whilst the community undoubtedly still face many challengers and hope to return to south Sudan, the solution to giving people like Kama and John a safer, more dignified life in the camp was as simple as access to clean water, soap and toilets.

Akula camp and Kama became the main focus of the Act for Peace Christmas Bowl 2015 appeal. Below are some more images taken in Akula and other camps that Act for Peace and their partners work in. 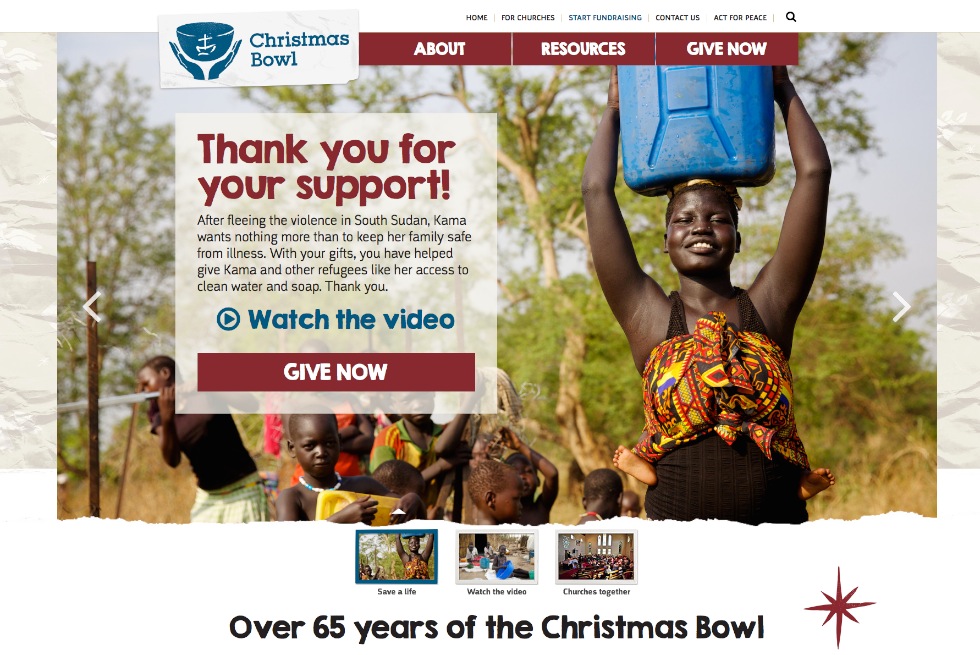 An elderly lady sits outside her makeshift home in the Akula community in Gambella. 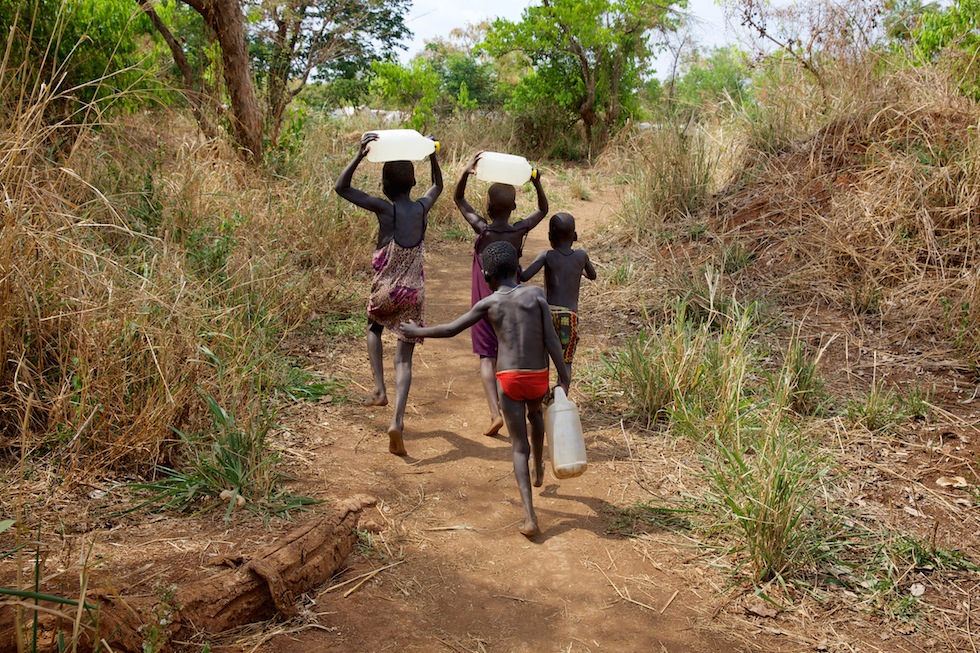 Children walk back from a water point in Akula. Children are particularly at risk from diseases. 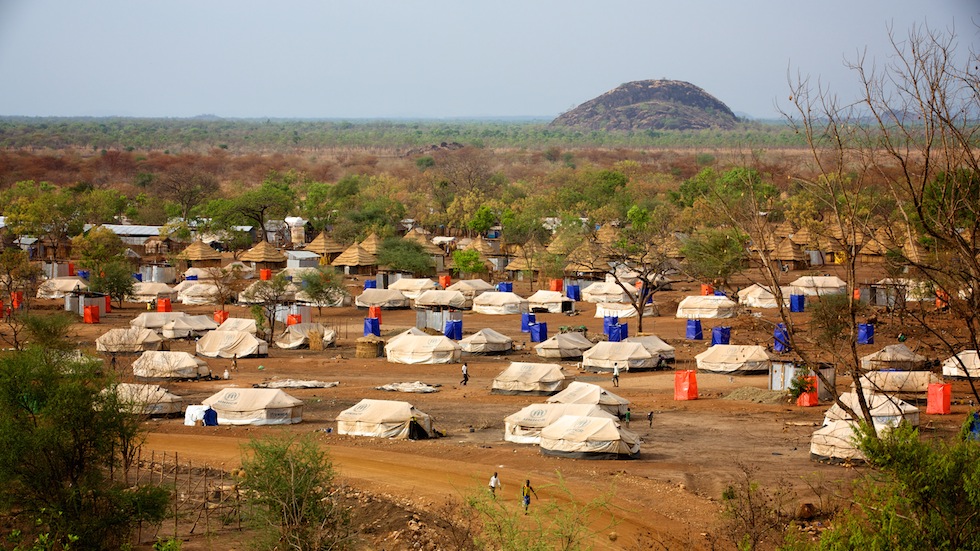 A view over part of Tierkidi refugee camp, hosting almost 50,000 south Sudanese refugees, mostly from the Nuer ethnic group in the Gambella region of western Ethiopia.

Act for Peace partners EOC DICAC are working in response to the south Sudanese refugee crisis by assisting refugees in the areas of education, non food items, vocational training, household latrines and youth programs. They work in many of the main camps as well as some host communities. Noyakume (18), who arrived from South Sudan in April 2014 sits outside her home in Tierkidi refugee camp. With no secondary school in the camp her education is at risk.  Noyakume, who wants to be a teacher and likes English said, ‘You need education to be able to do something in your life.” Act for Peace partners EOC DICAC are building a secondary school in the camp. 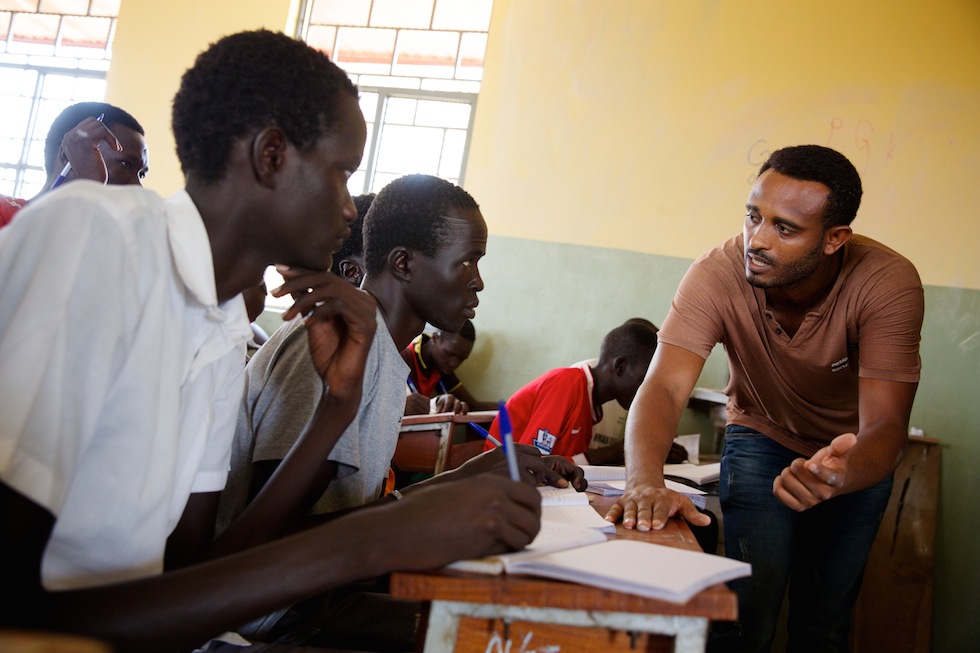 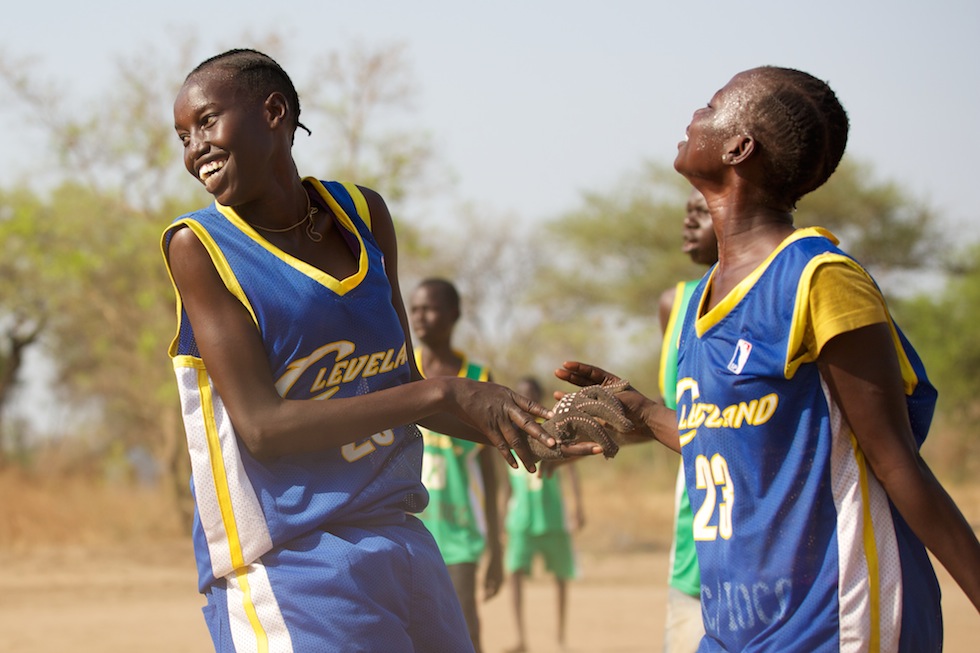 Girls playing basketball in Kule refugee camp as part of the DICAC run Youth Program. Act for Peace partners EOC DICAC run the youth program in Kule along with community based psychosocial support. 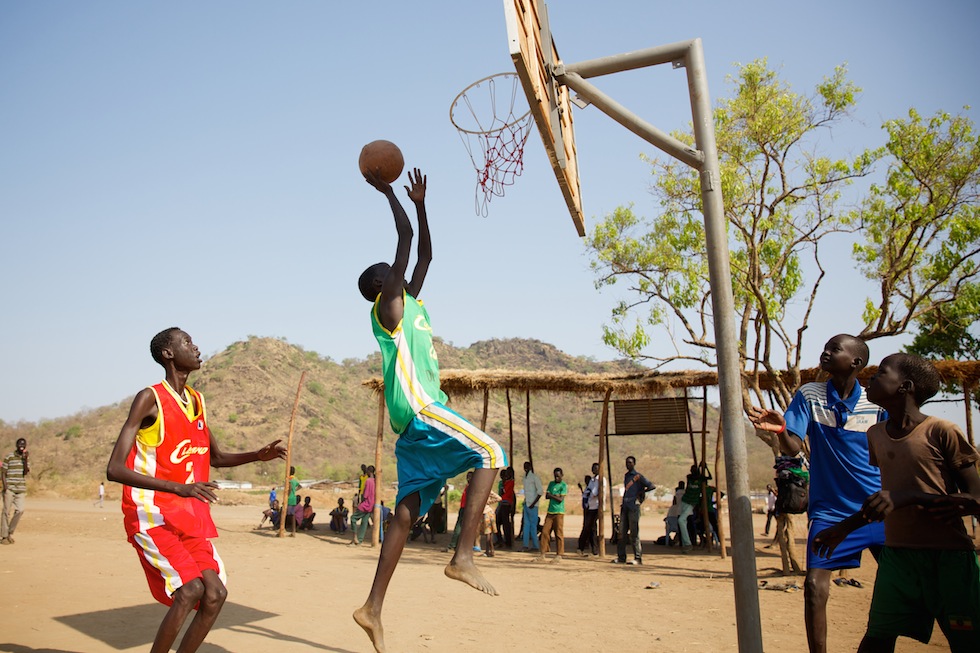 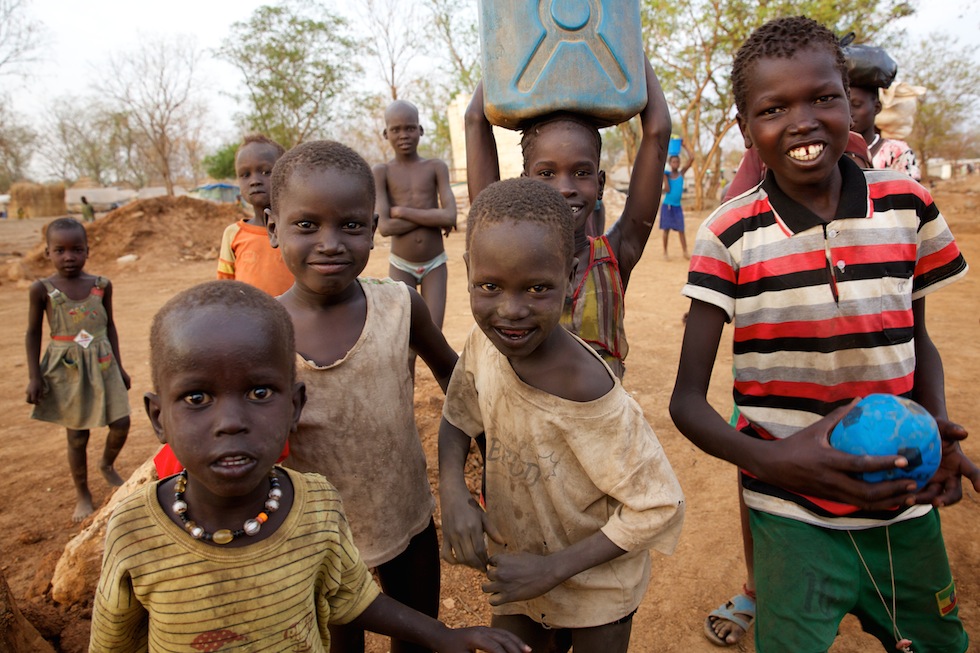 Children in Tierkidi camp that is hosting almost 50,000 south Sudanese refugees, mostly from the Nuer ethnic group. At the moment there are no educational opportunities for refugees from Grade 9 onwards so Act for Peace partners DICAC are building a secondary school in the camp. 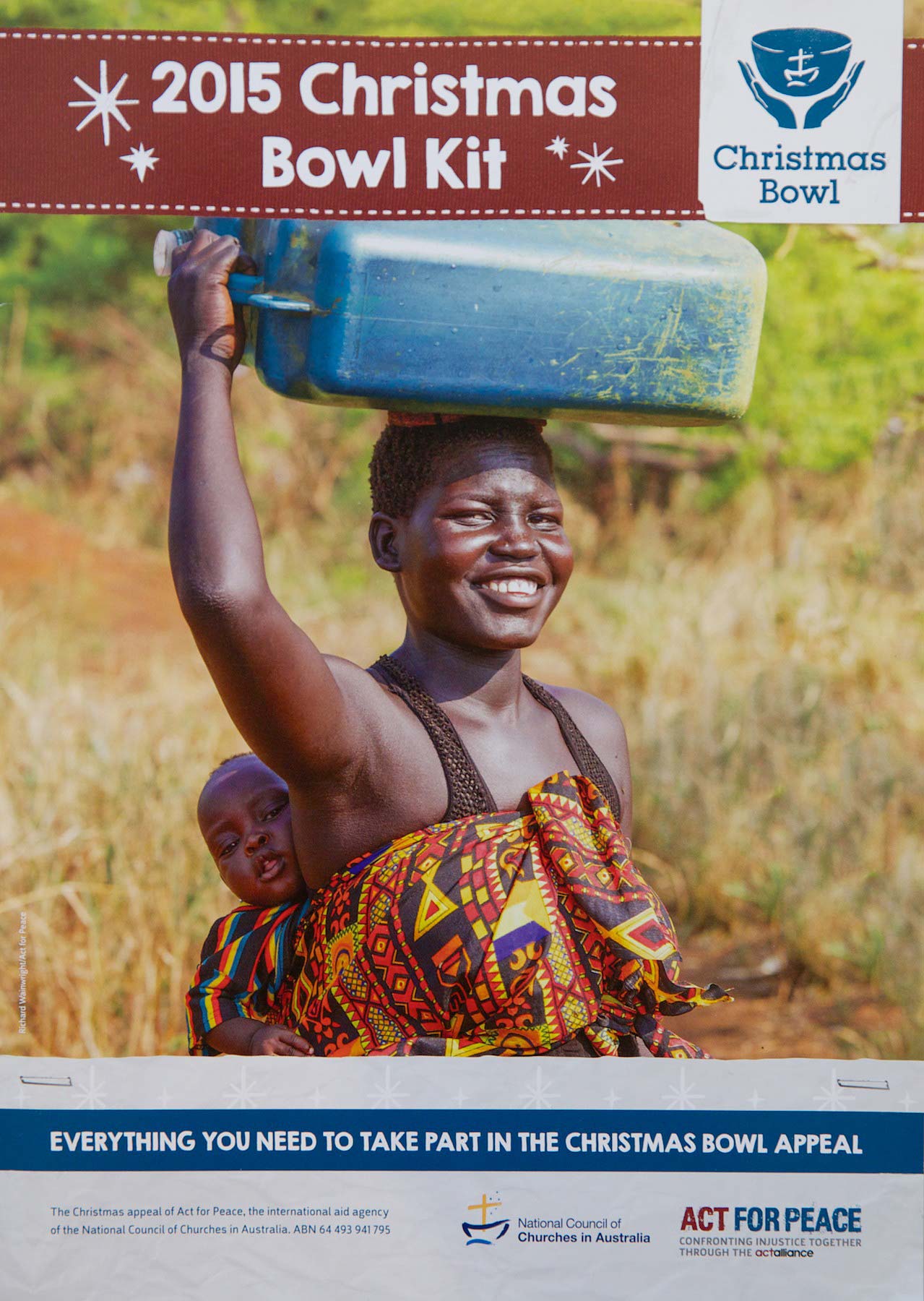 All of these photographs are copyrighted, so please do not use them without permission of the photographer or Act for Peace