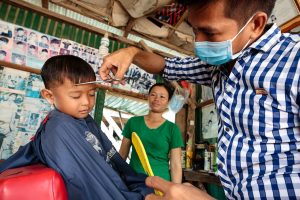 Rattanak cuts a young boys hair with his mother looking on in his barber shop which is located in front of his home in Kandal province, Cambodia.