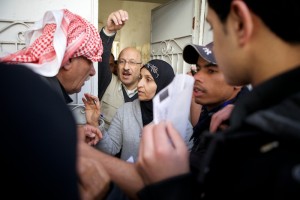 The IOCC (International Orthodox Christian Charities) distributing floor rugs to Syrian refugees living within the host community in the northern city of Mafraq
which is close to the Syrian border.