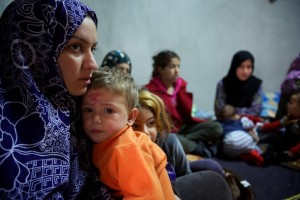 Like many households, Farooz lost her husband in the fighting in Syria and fled her home town of Daara in southern Syria after their house was destroyed.