Whilst Za’atari camp may be the most reported on aspect of the Syrian refugee crisis, the vast majority of refugees who have fled to Jordan try and survive in the urban concrete jungle of Amman and neighboring cities.

Sheltering in cold airless basements or unfurnished rooms, they are often hidden away and reliant on family contacts and the good will of the host community.

One of the worst situations I witnessed whilst on assignment for aid agency Act for Peace was a cold, ground floor bare concrete shell of a room, dimly lit by a single light that was home to 17 people, including Zahra and her 4 children. Zahra shared this cramped space with two other female relatives and their children, who had all lost their husbands to the war in Syria. It was hard to imagine how difficult it must be living in these conditions, trying to bring up young children. 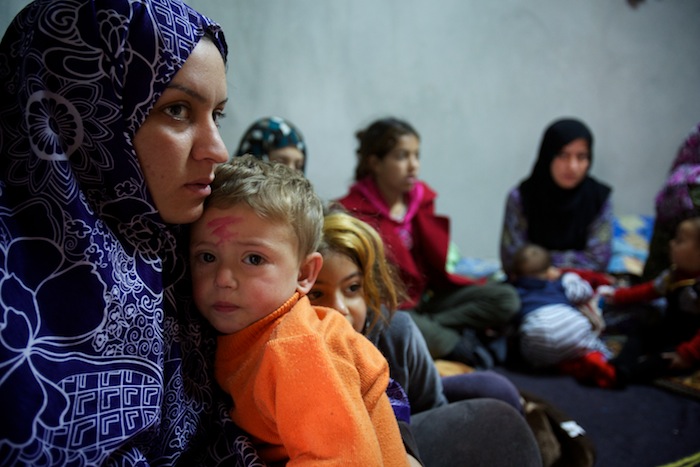 Zahra with her son living in a room with 15 other people in Amman. 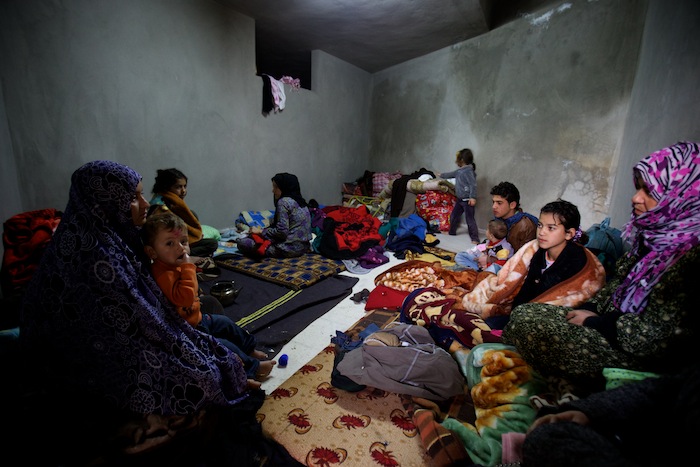 Many households have lost their husbands in the fighting like these families totalling 17 people, mostly youngsters, who now live together out of economic necessity and safety in this single room in East Amman, They fled the southern Syrian city of Daara after their houses were destroyed and their husbands killed in the fighting.

Zahra fled after her house was bombed and her husband killed in front of her. She explained, “ Bombs were coming down from the air and someone said, ’Your husband, your husband! ’ We looked back and then we were sure my husband was killed. I saw him in front of my eyes. The other women said about 50-80 people were dead. There were abductions of women, abductions of children, abductions of men and because of the fear and the terror, we left.” 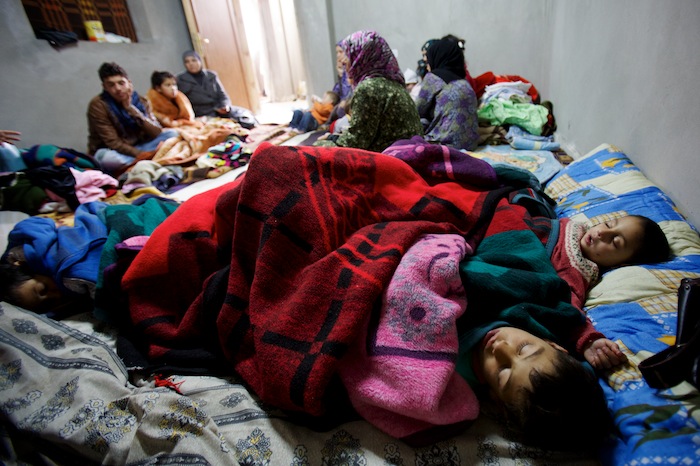 Layla (6) Fadi (5) sleeping surrounded by their relatives and other families. 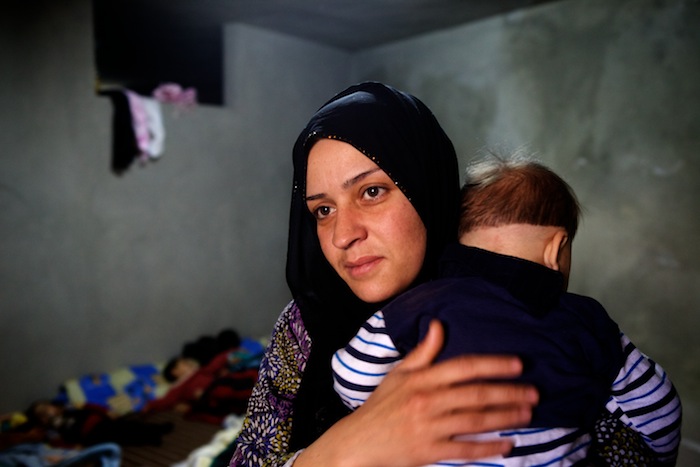 They arrived in Jordan with nothing except their clothes and found this room through a family friend and are surviving with help from neighbours and assistance from aid agencies like Act for Peace who have supplied blankets, floor mats and food items. 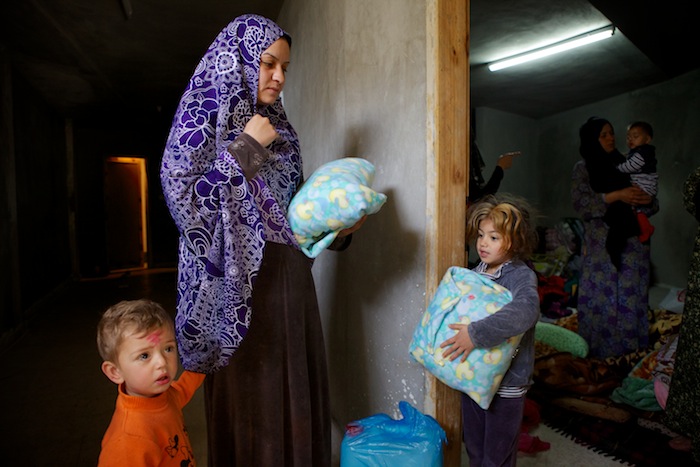 For aid agencies, finding out exactly where these refugees are living is complicated as there is no central registration system so Act for Peace and their partners have formed a series of local committees made up of both Jordanians and Syrian refugees who work together to identify the most vulnerable newly arrived refugees in their communities and find out what their most urgent needs are.

Most arrive with nothing so clothes, blankets, rugs, hygiene and cooking kits are essential. The biggest problem they then face is paying the ever increasing rents.

These committees also look out for vulnerable Jordanian families. In a country that is straining under the burden of such a dramatic influx of refugees, ensuring the host community does not feel threatened or disadvantaged is essential, so conflict sensitive aid distribution is a crucial element of any program implementation. The IOCC (International Orthodox Christian Charities) distributing floor rugs to Syrian refugees living within the host community in the northern city of Mafraq which is close to the Syrian border. 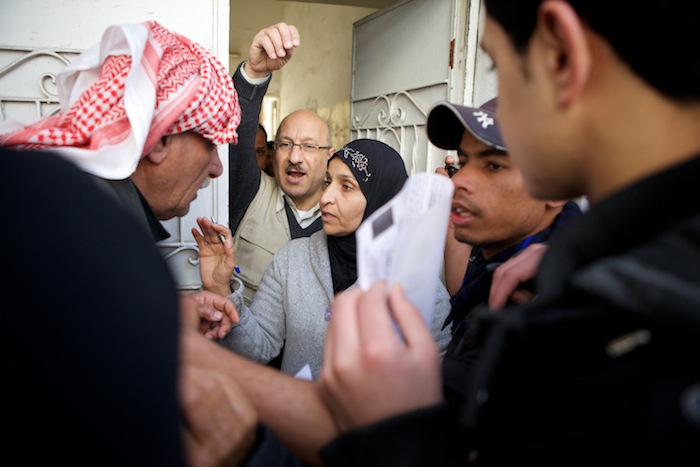 The IOCC (International Orthodox Christian Charities) distributing floor rugs to Syrian refugees living within the host community in the northern city of Mafraq which is close to the Syrian border.

Zahra’s story is unfortunately far from unique. Every family we met had similar harrowing stories and faced the same hardships. Many refugees arrive with horrific injuries, making their lives even more complicated, like Zahy, who is a blacksmith by trade. He and his family fled Babr Amr near Homs after bombing and fighting destroyed their home. Zahy was injured by shrapnel whilst looking for food and was then shot 3 times in the same leg by snipers shortly after.

They once led a comfortable life with a good business, car and house but they left with nothing and are now sheltering in a small apartment in Russeifa, 15km NW of the capital Amman. His wife Nisreen said, “So how would you feel, you were in a country very comfortable and now, you can’t find anything. When we first came, there was no heater. The kids used to complain about the cold a lot. There aren’t enough blankets. There’s no gas for cooking. There’s nothing.” 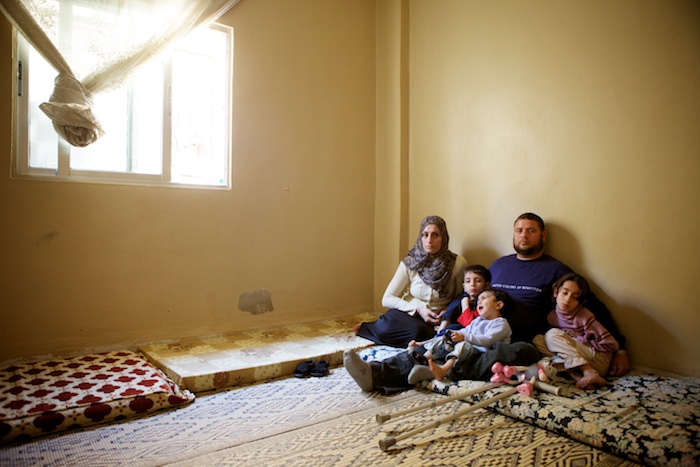 Zahy (31) with his wife Nisreen (31) and their children Kenan (6), Lilyan (7) & Yousef (1.7 mnths) sheltering in a small apartment in Russeifa, 15km NW of of the capital Amman, Jordan having fled their home in Babr Amr, a district of Homs, a town north of the Syrian capital Damascus. 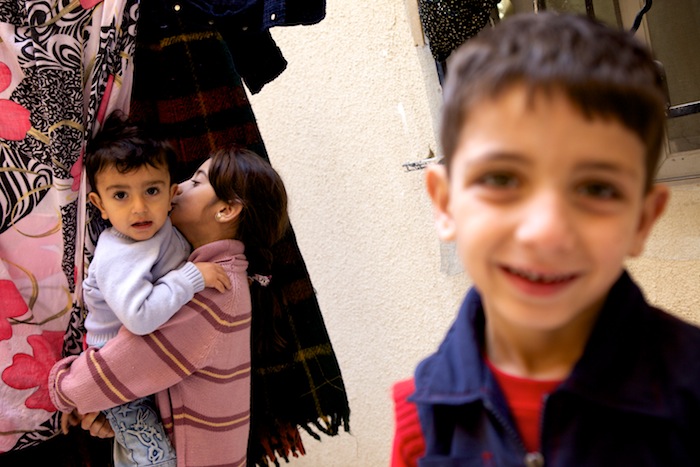 Kenan (6), Lilyan (7) & Yousef (1.7 mnths) play outside their small apartment in Russeifa. They have no TV and don't go to school so get bored easily.

Then there are the people who have deep trauma such as Ala. After his father was shot, he became the sole breadwinner on the family’s fruit and veg store but like many people his age, he was taken by the Syrian police and tortured. Four months later he was dumped on the steps outside his home a broken man.

His mother Muna explains, “He’s 25 years old. I don’t know why they took him, they took a lot of people. Not just my son. Lots of people. The people, they return them dead. They put him in front of the house and he was nearly dead. He screams sometimes and he cries. He hits his own head. He’s not able to speak. He screams at night and doesn’t sleep. “

Muna said he used to be such a lively intelligent boy but he hasn’t spoken a word since and is terrified every time someone arrives, thinking they are about to take him away again. They have sought shelter in a Palestinian refugee camp on the outskirts of Amman which is one of the cheapest places to find accommodation. They have received non food items from Act for Peace partners, the neighbours are helping out and her two eldest sons wash cars and earn about 3USD a day but it isn’t enough to survive. Muna said she hasn’t paid any rent and is living off the good will of the owner. 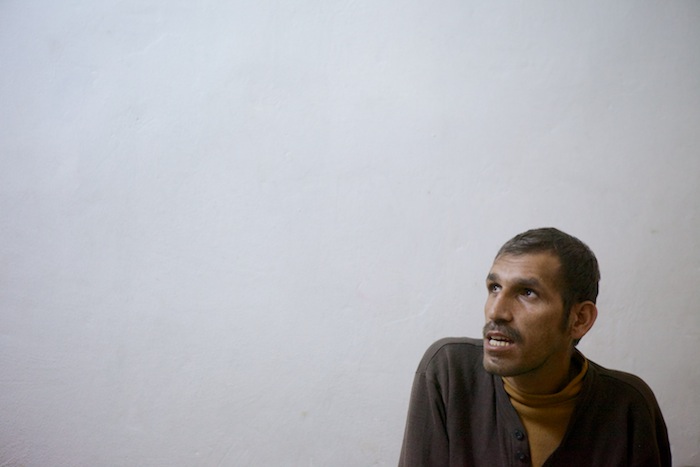 Ala (25) was taken by the Syrian army for 4 months and tortured. He was eventually dumped back outside his family home. He used to work in a factory making drapes but is now severely traumatised and unable to communicate or work. He hasn't spoken since he returned and wakes up screaming and hits his head. 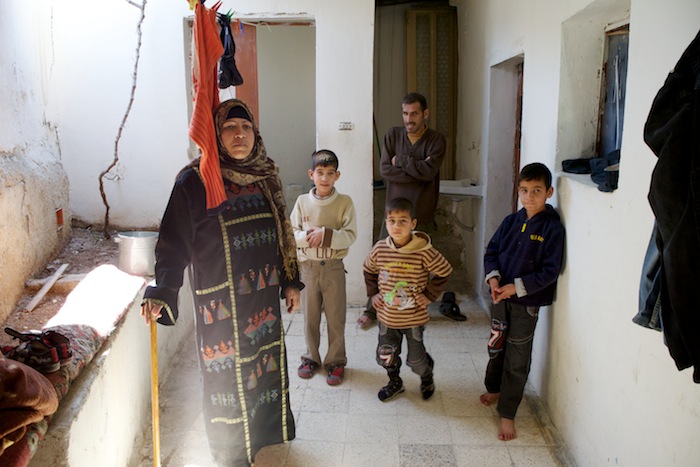 What really brought home the human cost of the Syrian conflict was the simplicity of seeing a tattered old suitcase that contained the entire possessions of a family.

Like all other refugees, Ala’a (29), Zeena (26), Ammer (4) & Mohammed (1) only managed to bring what they could carry across the border, so they arrived with just some baby food, nappies and their clothes in this suitcase. An ordinary, hard working family who once had their own bakery business, a family home, a car, who enjoyed holidays and had hopes for the future for themselves and their children but ended up having their entire lives destroyed during the conflict. 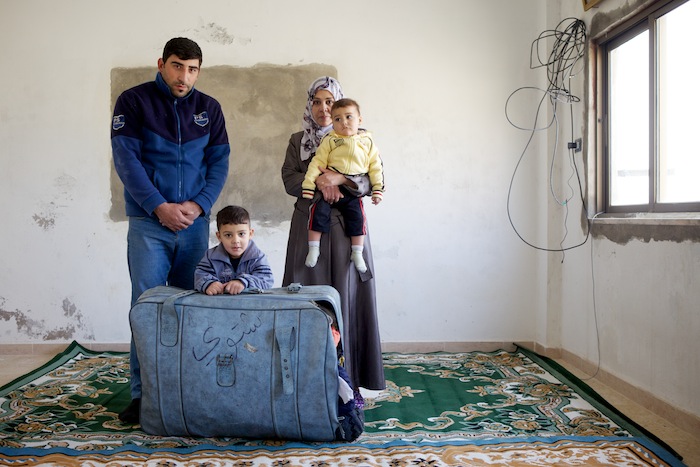 Alaâa (29), Zeena (26), Ammer (4) & Mohammed (1) fled Homs a month ago and are now living in this single room in Amman. Like all other refugees they only managed to bring what they could carry over the border, so they arrived with just some baby food, nappies and their clothes in this suitcase and are now struggling to survive. They had a family bakery business making bread and sweets back in Homs but they were forced to flee after the bakery and their house were destroyed. They also didn't feel safe due to an increase in kidnappings.

They have been in East Amman one month living in this room. Zeena said, “We are happy we are settled here with nothing threatening us. I’m not really against Assad or even for the rebels. I just want a safe life. We just want to live in peace and security.”

I asked them if they ever expected they would be in this situation. The both looked at each and laughed. Zeena told me they had seen the demonstrations on TV but never thought it would effect them directly. They never thought they’d end up as refugees. 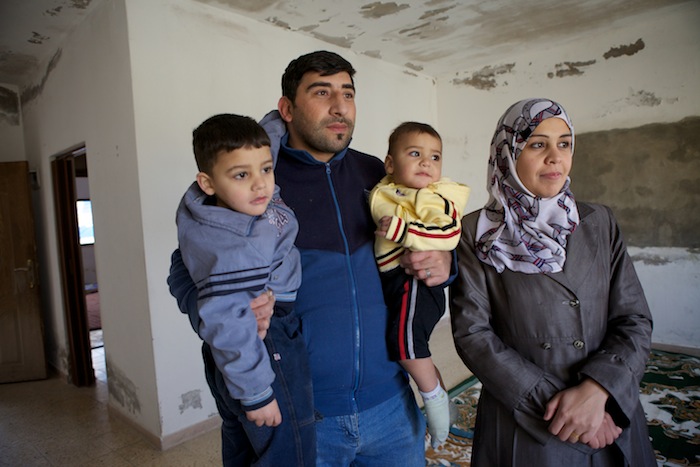 She went on to say, “If it’s secure we shall return to Syria. Our house is destroyed so we will have to start from the beginning but I’d rather go back.”

These are just some of the many individual stories of people affected by the violent conflict in Syria who need assistance. Ordinary people who are now trying to survive in an extraordinary situation.

For further information or to make a donation to the appeal please visit the Act for Peace website here.