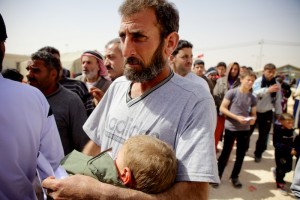 A syrian refugee waits in line with his sick son at a crowded medical centre run by the Moroccan Army in Zaatari refugee camp.