With only a week to go we are putting the final touches to the exhibition and generally getting very excited about the festival. This is our fifth year hosting the Jersey Amnesty International Human Rights Film Festival and it has come a long way since its conception.

Considering Jersey has a very limited audience base with a population of 90,000, the attendance figures in previous years we think are exceptional with up to 250 people (a full house) paying to see and hear what is happening to people beyond our little Island. This proves to us that there is an appetite for hard hitting documentary films in Jersey that will challenge the audience and that people are willing to engage in human rights issues.

We hope this year will be equally well attended.

We have extended our program this year to include even more high profile speakers and for the first time, two guest photojournalists. I’m particular excited that two of the best photojournalists working today, Teru Kuwayama  & Balazs Gardi have given up their time to come to Jersey to give us an insight into how they operate in Iraq and Afghanistan. They have both just returned from Pakistan so their first hand knowledge and experiences of what is happening in the region will be fascinating.

With them they are bringing their highly acclaimed exhibition Battlespace which will be on display at the Jersey Arts Centre from June 15th for two weeks. This exhibition comprises of images from over 20 photojournalists who have worked in Iraq and Afghanistan and aims to show the public an unsanitised view of what is happening in these continuing conflicts. Alongside this will be my recent work from Mongolia looking at the effects of rapid urbanisation on the capital Ulaan Baatar and the street children who struggle to survive the bitter winter there.

Couple that evening with film directors, Oscar winning documentary films, prominent human rights lawyers and Moazzam Begg, a former British prisoner of Guantanamo Bay who will talking about his experiences there, it’s sure to be an insightful, challenging but rewarding week.

We hope to see you there… 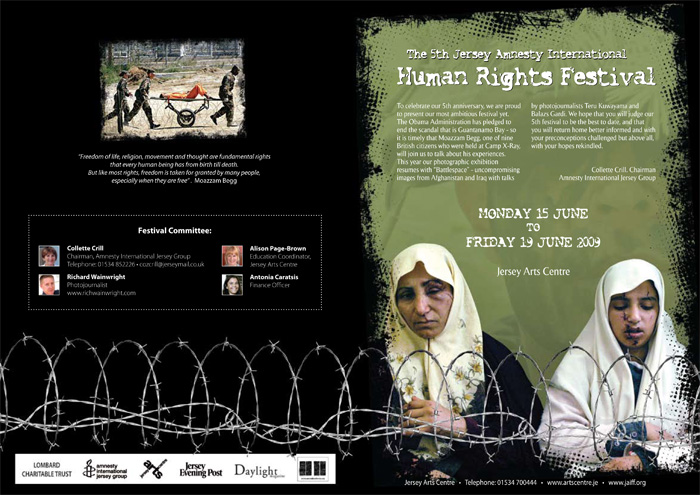 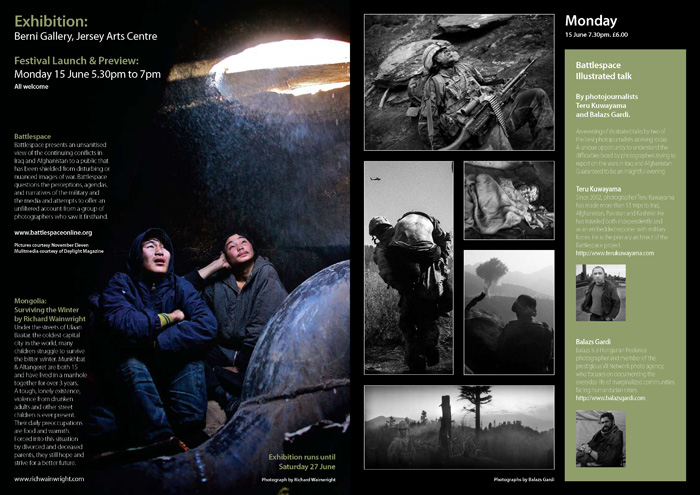 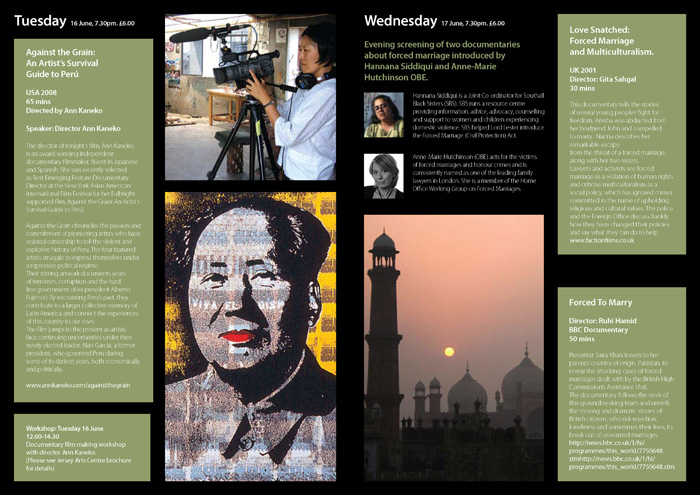 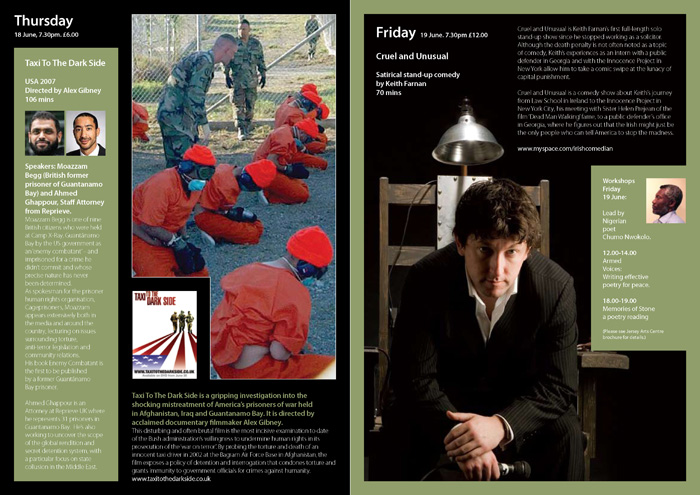